And so it came to pass…

So, I generally don’t find myself ill very often, but when I am ill, I usually have something bad, be it cluster headaches, skin cancer, or in the most recent case, a double pulmonary embolism. 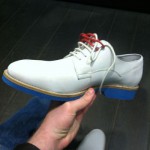 Initially I thought they were to blame for my calf aches!

Two weeks ago today I was at the tail end of a very busy work week. As a result I hadn’t been able to go training, which, as it turned out, was a blessing in disguise. Right before the weekend I started to get this really bad muscle ache in my right calf, which wouldn’t have been strange if I had been training, but it was painful enough for me to notice it. Having recently purchased some new shoes with a fairly hard sole, I attributed the pain to having walked in the shoes for two days. The pain didn’t subside throughout the weekend and on monday afternoon, I felt a stiff pain in my left shoulder blade. Having broken my left collar bone once several years ago, a stiffness in that shoulder blade was common, so again I dismissed it. Later that evening, the pain had migrated down my back and around my torso to the front of my rib cage. It hurt, but I thought I had just pulled a muscle as I tried to loosen up my shoulder earlier that day.

That evening I didn’t sleep so well due to the pain. That morning the pain had become worse and I had problems deeply breathing in. I cycled to work and when I got there called the doctor for an appointment. Leaving my computer on and a cup of tea on my desk, fully expecting to return after my appointment — this, ladies and gentleman, is what is called in the business; foreshadowing — and off I went, cycling to the doctor. Once there I waited a few minutes, playing with my phone, before being asked into the doctor’s office. As we walked down the hall to her office she chuckled and told me that oftentimes she could see a person’s personality by the way they walked out in front of her to her office. She called me a “bezig mannetje” — a busy little man — because I walked like I had somewhere to be.

I told her my problems with my chest and breathing and as an afterthought told  her about my calf. Once she heard that she sprang into action, measure the oxygen level in my blood (97%) and measuring my blood pressure (~140/90). She checked my legs and I joked that I hope it wasn’t a blood clot (foreshadowing). She said that it was a distinct possibility given the two symptoms she had to work with. She called an internist at a nearby hospital to consult and was told to immediately send me to the emergency room. 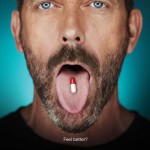 I shook her hand, jumped on my bike and headed to the hospital. They knew I was coming so I was immediately ushered into a private room in the ER where they checked my blood pressure (143/89) and oxygen level again (96%). They made a cardiogram to check whether my heart was functioning properly, which luckily it was. They also drew a fuckton of my blood, which was immediately sent to the laboratory for analysis. In between the bouts of action, which made me feel like I was a patient on an episode of House MD, I was mostly bored. After the blood work came back, the internist who was tasked with my diagnosis said that there were strong signs that I had suffered from deep vein thrombosis where the clot had separated and travelled to my lungs, getting stuck in one or more veins. (Forgive my ignorance of the difference between veins and arteries, but you get the idea, right?) They would first do an ultra-sound of my leg to see whether there were any signs of thrombosis and if there weren’t, they would do a CT scan of my torso. Their reasoning was that if the ultra-sound, a simple and non-invasive procedure would show signs of thrombosis, they could conclude with 99% accuracy that it had developed into a pulmonary embolism (more on that later), and if it didn’t, they could always confirm their suspicions by injecting me with contrast fluid and chucking me into the CT scanner.

My leg turned out to look marvelous, which meant a CT scan, which was kind of cool. Well, not all of it was interesting; the scan itself was rather boring, but them pumping my full of contrast fluid was kind of interesting. I had an IV hooked up to my right arm, and they pushed this fluid into it with enough force to feel it travel upstream along my arm, into my shoulder and disappearing somewhere in my chest. Because the fluid was much cooler than my body the feeling was entirely weird and interesting at the same time. For the first time in my life, I could literally feel the position of one of my major arteries in the three-dimensional space of my body. And not just a small part of it, but at least a foot-and-a-half of it. Very odd, but very interesting. I felt like, Sir Isaac Newton, a natural philosopher!

When the results came back it was as the internist had feared. They had discovered several, small, pulmonary embolisms in both lungs. As near as he could speculate, the clot had broken up in my blood stream had blocked several veins (…arteries? Whatever!) and severly restricted the flow of oxygen to my blood. I was immediately put on blood thinners, which would allow the blood to continue flowing along the blockages, taking up oxygen and at the same time slowly dissolve the clots. I would have to be on blood thinners for at least six months and would have to get checked twice a week by a special institute we have here in the Netherlands, which monitors thrombosis patients and regulates the dosages of blood thinners they take. I wouldn’t be allowed to fly and worst of all, I wouldn’t be allowed to do any contact sports, or anything where there’s risk of injury due to the thin nature of my blood, which could cause massive bleeding.

I was dismissed at the end of the afternoon, said goodbye to all the nurses and was on my way.

So, thrombosis is basically a blood clot, usually in the legs, that breaks off and starts migrating, gets stuck somewhere and restricts or cuts off the blood flow to a vein. Clotting happens all the time, so that’s normal. It’s just not so normal that a clot breaks off and starts travelling, nor that it isn’t dissolved before it gets anywhere where it can cause trouble.

The three most popular destinations of such a blood clot is your heart, brain and your lungs. Respectively, they cause myocardial infarctions (heart attacks), cerebral infarctions (strokes or hemorrhages) or pulmonary embolisms, which I have, that can lead to people basically dying of oxygen deprivation. Most sudden deaths are attributed to thrombosis, but nobody ever calls it that, because everyone just calls it a heart attack.

In each case, a vein is clogged by a blood clot and oxygen is cut off from the organ in question. Each case has a unique and interesting way of killing you. Each is uncommon (but not unheard of) in people my age. 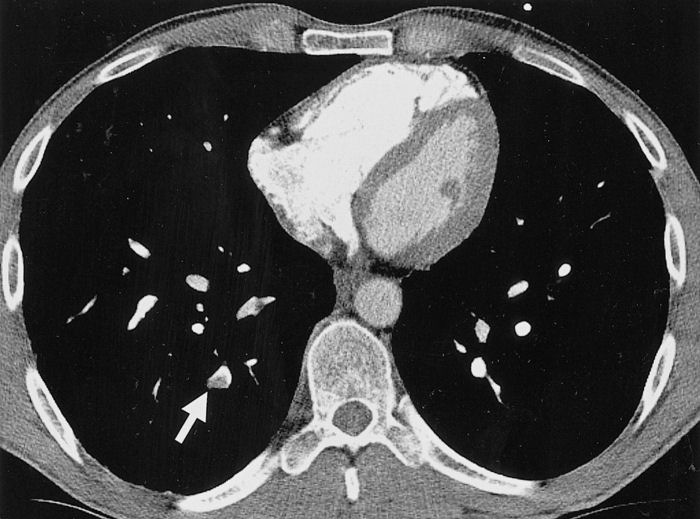 An example a CT scan of several, smaller embolisms in the lungs, much like my example.

How I feel about all this.

Not so fucking good. First of all, while I had heard of thrombosis, I was under the impression that this only happened to heavy set people, people who hardly exercised and women who had been on contraceptives for a very long time. So it came as a bit of a surprise that someone who ate healthy, exercised a lot and generally took good care of himself. (Having had extensive blood work done, the doctor said I was “kerngezond,” which means “in great physical health.”) My cholesterol was good, my blood pressure was fine (if a bit higher than normal due to the whole situation), not even the slightest sign of diabetes, nothing! The only thing they found was a slightly elevated white blood cell count, which they tentatively attribute to the embolism, but certainly nothing to worry about.

After talking to Eva about it, she effortlessly managed to put my discomfort into words: an incident like this takes away any illusion you might have that you have total control over your health. Jim added some of his wisdom to it and said that it was all a game of percentages; that you try and keep the chance of getting something as low as possible by eating healthy and living right, but that it didn’t make you bulletproof.

I have to take several small pills once a day which aren’t going to regulate my blood and keep it nice and thin so that the flow around the clots continues and they dissolve. Small effort, but big reward. Until my blood is at the right level, I have to inject myself in the stomach twice a day. Unfortunately, these injections give me fairly intense bruises on my stomach and make me look like I’m suffering some domestic abuse. Hopefully, they’ll get my blood under control quickly, because the injections are bothersome, not least because they will only give me a few at a time and I’m constantly threatening to run out of them, having to race to the pharmacy with a perscription from the doctor the whole time. They also hurt. Then there is the twice-weekly drawing of blood, which have already turned my arms into that of a long-time heroin user, bruised and track-marked. Okay, so maybe not track-marked, but certainly super-bruised.

But I can’t train. Man, that’s the thing that really gets to me. My body has a tendency to gain weight and no exercise will likely see me balloon to epic proportions. I have adjusted my diet and I’ve already lost some weight just by eating a bit less and a little more healthy. I have also decided to start running. I would go swimming, but the swimming pool will be overcrowded over the summer (even more than it normally would be) and I’d have to go out of my way. So running it is. Tonight I did a small, baby run of 3 kilometers and it was doable. I haven’t run in a while so I’ll have to ease into it a bit. So far so good.

I’m trying to remain positive, especially in the face of all these horror stories I hear. Most people can’t go back to work for weeks. I was barely off work for a two days — one day in the ER and another day to see how I’d respond to the meds. So my case seems to be exceptional due to the fact that we caught it quickly, it wasn’t misdiagnosed and I’m young and healthy.

My goal is to be done with the medication before the end of the year, and being able to go back to training before that time. Until that time, I’m going to have to be a good boy and do what the doctor tells me. That also means I have to miss Eva’s wedding party in San Francisco. I know she understands, but it sucks that I can’t be there, and it also sucks that I’m kind of stuck here. Patience. Patience. Patience.