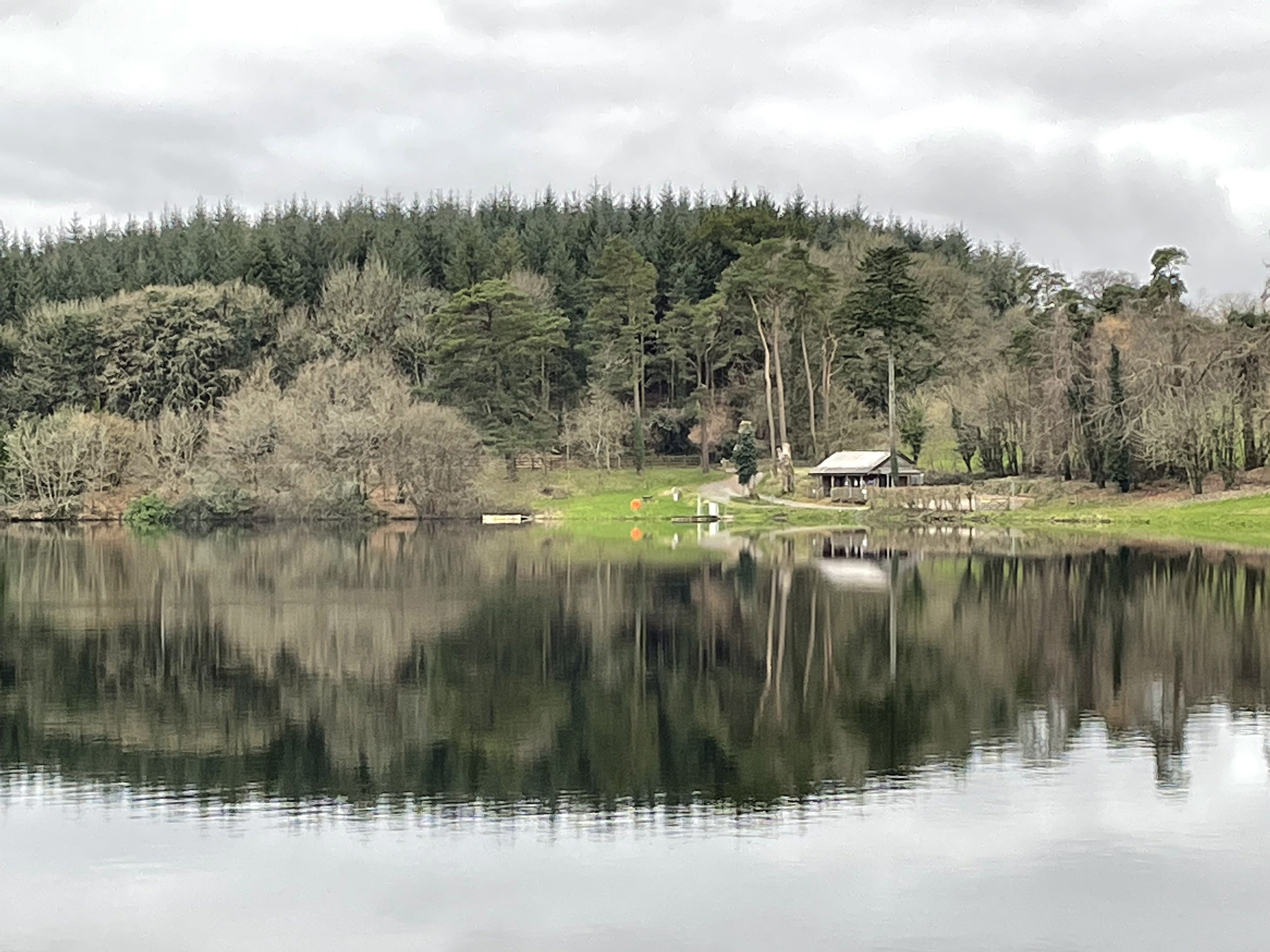 Yesterday I went for a walk along the Tottiford Reservoir, which is about 20 minutes away from Exeter. It was a grey day, but practically wind still. It was lightly wooded all around the lake. It was also nearly empty of people. During our one hour walk, we only saw four people (and about eight dogs.) And besides that, it was completely calm and quiet. The only thing you could hear were birds and the crunching of your own footsteps. 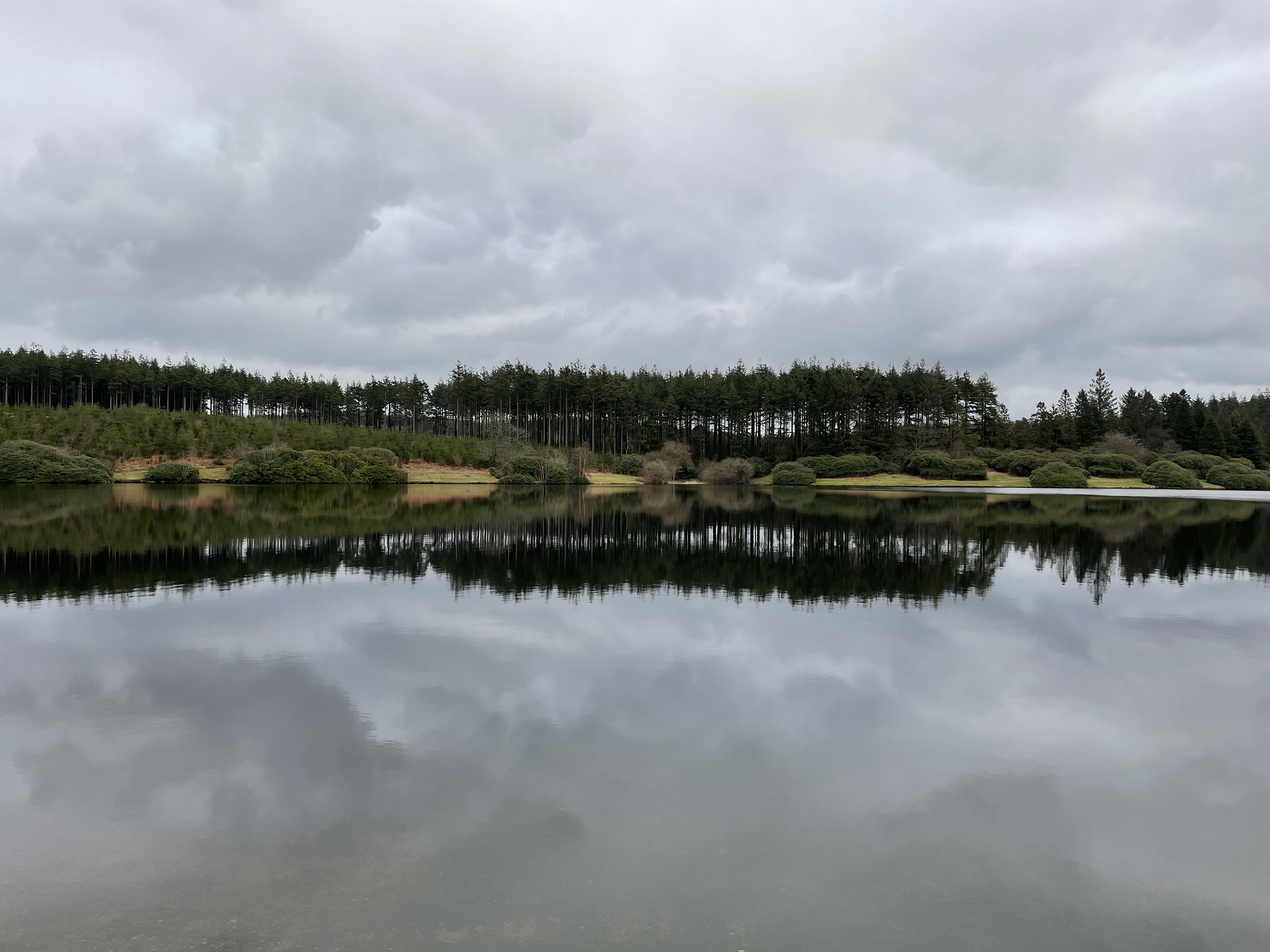 “Did you know that my French colleagues call me Madame le Doyen?”
“What does that mean?”
“Madam dean, I guess.”
“What would the Germans call you, Frau*..?”
“The enemy.”

This weekend Joasia and I went to London in order to stuff our faces with food (Exeter is a bit of a wasteland) and to see Cirque du Soleil’s Kurios show, which has just recently premiered in Europe. I had seen one of their shows in Amsterdam once, but the venue was significantly smaller than the Royal Albert Hall this weekend, which made a big difference in the grandeur of the show they could put on.

The show was spectacular, with amazing set designs and incredible performances. All of it was woven together in such a way that you were given lots of things to feast your eyes on in between the main performances. So while the sets were being changed in preparation for the next act, there were several smaller acts to entertain you and to drive the over-arching story forward.

One of the acts made me think. It certainly was not the most impressive act, but it reminded me of something that happened at least fifteen years ago. My father, who was still alive then had seen that a travelling circus had pitched their tent not far from where I lived. He said he wanted to go, and offered to take my sister, my brother and myself. It turned out to be an old-fashioned circus, with old-fashioned acts, which, when you compare them to Cirque du Soleil, were a little stale. I remember I enjoyed the show because there was something romantic about the simplicity of the performances. My sister, on the other hand, did not appreciate it, and was actively hating the whole experience. She thought it was a waste of her time and I remember finding it difficult to respect her in that moment.

Fortunately for me, my sister has changed quite a bit since then and I have a lot better understanding of where she’s coming from. I also think that she would be able to enjoy a old-timey circus show like the one we saw fifteen years ago. And if not, then I think she might just enjoy a Cirque du Soleil one.

When my mother got very ill in 2007 I spoke to hear a lot about family. She shared a lot of things with me that she had never shared before; about our family, about our heritage, about her upbringing, and some of the troubling things she had to endure. Some of the things she shared explained some of her very fundamental traits. What was remarkable is how aware she was of how the damage she sustained had influenced her attitudes and behaviours.

Life has not always been kind to my mother. Part of that unkindness was because my grandmother had been ill-equipped as a mother due to life being unkind to her. My grandmother did the best she could, given the post-world war circumstances she had to survive in. She made choices that, in hindsight were probably not the wisest, but she made them in order to survive. Stress makes your planning horizon shorter, and when the stress becomes institutionalised it turns into trauma, often locking you in that short term thinking. Her trauma impacted how she raised my mother the best she knew how, but like so many others who suffered trauma, could not keep herself from traumatising her daughter.

My mother’s life was not easy, but it was a hell of a lot easier than my grandmother’s. So the trauma, which was passed down from one generation to the other, became a little less. She was able to sooth some of the pain and heal some of the trauma and make better choices for herself. Better, but not always good. Her horizon expanded a little bit, when compared to my grandmother’s. She did the best hat she could in raising her children. She set me up with slightly less trauma, to make slightly better choices and therefore a slightly better life.

It is undeniable, however, that I have traits and display behaviours that are dysfunctional, which I can trace back to my mother’s dysfunctions, which in turn I can trace back to my grandmother’s dysfunctions, which in turn are linked to the things she had to do (the person she had to become) during the war. This is what I understand to be generational trauma. With a bit of luck you can diminish it with each generation, but if you are not that fortunate, you pass it along to, or even exacerbate it for the next generation.

Two weeks ago one of my friends, a person I have known for decades, made a heartless comment when we were discussing the Netherlands considering apologising for their role in the transatlantic slave trade. He mocked the idea that such a move would make any difference and cynically joked that he wanted an apology for WWII. At best he suggested that generational trauma does not exist, at worst he suggested that even if it did exist, he wasn’t suffering from it (which I doubt) and therefore nobody should be.

He’s well aware of me, my life and I’ve shared things with him about my family, their struggles and my own. His comments and callousness really hurt me and I’m not entirely sure what to do with that.