The eruption of the Yellowstone super-volcano and the collapse of the 30 by 75 miles wide caldera underneath was something geologists and climatologists had been dreading for over a century. When it finally blew on March 3rd, 2021, it set off a chain reaction of earthquakes and eruptions throughout the Pacific Northwest. It didn’t take long before the San Andreas fault line was destabilised and the destruction continued along the Pacific rim, causing massive eruptions of volcanoes and igniting the Ring of Fire. It would take more than a decade before the eruptions finally abated and the Ring of Fire calmed down again.

The ecological and economic impact was enormous. The initial eruption in Yellowstone covered about half of North America in a four foot thick layer of ash. Roughly 600 cubic miles of material was belched into the atmosphere. The aquifers and lands of the worst hit states and provinces were so polluted that they could no longer actively sustain human life and the influx of refugees caused enormous civil unrest in remaining states and provinces. Food and water shortages lead to riots, pollution and radiation sickness lead to overcrowded hospitals. 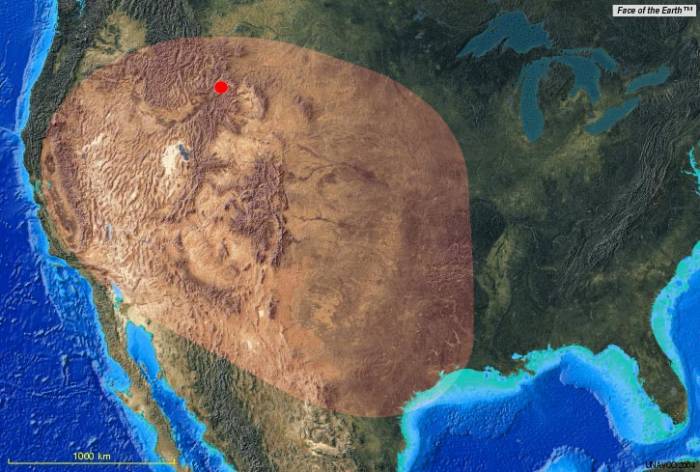 Politically, both the United States and Canada were in turmoil. During the initial eruption, North American Aerospace Defense Command (NORAD) mistakenly issued an alert of a possible nuclear missile attack from an unknown source. The president of the United States and the prime minister of Canada, and their respective cabinets, were moved to Peterson Air Force Base and secured in the Cheyenne Mountain nuclear bunkers near Colorado Springs, Colorado. Essentially flying towards the area that would soon be worst hit. The electro-magnetic wave that was discharged in the initial explosion and the subsequent shockwaves that followed for weeks interrupted communications with the base and most of Colorado was lost in the wake of the disaster.

By the time the situation had been put somewhat under control, different political groups had jockeyed to fill the power vacuum that was created by the loss of both cabinets. This lead to several southern states seceding and forming the Confederate American States (CAS) on September 22nd, 2021. The rest of the United States and Canada, with the exception of Quebec, which formed an independent state, politically joined to form the United Canadian and American States (UCAS) on February 17th, 2022.

Due to the huge quantities of ash being belched into the atmosphere during the eruption, super storms started to ravage the western part of North America. This left only the coastline of Washington and Oregon as well as large parts of California, habitable. Seattle, Portland and Vancouver joined up with the UCAS while California decided for independence, being the least hit state on the Western coast. Later they would negotiate a treaty with Japan in return for protection from the sabre-rattling from Aztlan to the south.

Refugees were being evacuated from the uninhabitable wastelands of the western part of North America as fast as possible. The frequent earthquakes, numerous irradiated zones and freak storms claimed countless lives. A quarantined zone (QZ) was established and the roads and airspace to and from it became heavily guarded. Riots erupted along the border of the QZ as people tried to enter it to search for lost loved ones. The military brutally quashed the riots and congress passed decisive laws governing the QZ and access to it.

The refugees that made it out of the fire ended up in the frying pan. The cities closest to the quarantined zone quickly became overcrowded. Seattle, Portland and Vancouver were the only cities outside of the Californian cities to survive on the west coast and their habitable land was severely diminished, creating claustrophobic and dense urban areas.

The devastation reached right up to Seattle’s borders, locking them in between the Pudget Sound and the quarantined zone. When Mount Rainier erupted, Puyallup got covered in ash and slag all the way up to South Hill, turning the lush and fertile district into a barren nightmare unfit for habitation. The rest of the districts got so overcrowded that some people, mostly refugees and SINless, took a risk and moved into the wastelands of Puyallup.

Vancouver faced similar conditions as Seattle. When Portland was lost after an outbreak of VITAS, the lieutenant governor of British Columbia immediately instituted martial law. Laws were quickly passed for the Seattle and Vancouver exclaves to have increased law enforcing authority to deal with civil unrest. 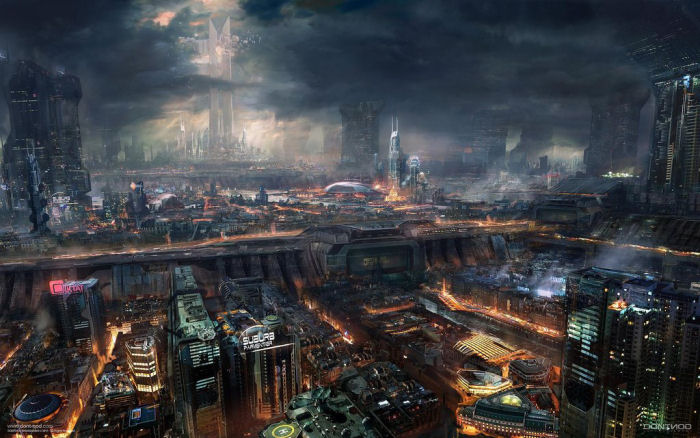 Pollution is rampant, cities are overcrowded, nutritious food is scarce and clean water is expensive. VITAS outbreaks occur with a frightning regularity. As a result, health care is only available to those who can afford it. All of this has lead to continued civil unrest.

Wars are being waged over the remaining arable land as countries scramble to provide food for their citizens. Europe, Africa and Central Asia are least hit by the catastrophe and most of the food production comes out of these regions. South America is faring better than most along the pacific rim due to the rain forests’ surprising resilience to the pollution.

Corporations are making considerable profits supplying one or more of the many waring governments and factions with the arms and technology to keep fighting, most notably Ares Macrotechnology and Saeder-Krupp. Agricultural technology is also big business, competed over by Aztechnology, Evo Corporation and Shiawase Corporation.

The fierce competition is presided over by the Corporate Court, a group made up of representatives of each of the AAA-megacorporations that owns the Zurich-Orbital Gemeinschaftsbank. Conflicts between the corporations are resolved by the court according to an extensive set of treatise set up between its members. On rare occasion the court doles out retribution against a corporation that has crossed the line. The threat of this retribution keeps all of the corporations in line, but that doesn’t mean corporations don’t fight their fights in the shadows.