Psionics
Just after the eruption of the super volcano underneath Yellowstone in March 2021, a rare few people started to experience what can only be described as telekinetic powers; able to move small objects by will alone. The world’s attention was focused on the ecological and humanitarian disaster happening all along the Pacific rim, so for a long time the chatter about these new psionicists was dismissed as a hoax.

Eventually, when most of the chaos had died down and enough supporting evidence had been gathered, people finally started to take this phenomenon seriously. On October 7th, 2028 several large universities and other bio-medical institutions held a joint press conference to confirm the existence of psionics and release what little knowledge had been gained since their first appearance in 2021.

Publicly, not much is known about what causes psionics to manifest, nor is it understood how it works or why psionics seems to be limited to simple telekinetics. The debate is ongoing about whether this will be all there is, or whether the future holds more diverse and more powerful psionics in store for humanity. So far, careful conclusions are correlations are being drawn between the emergence of psionics and the global climate shift. Some say it’s the next step in human evolution, brought on by great hardship. Others maintain it’s likely a mutation on a genetic level caused by severe pollution. And then there are a wide range of other theories, ranging from the fantastical to the downright bizarre.

Metahumanity
Shortly after the confirmation of the existence of psionics, more and more cases of mild congenital anomalies were reported in new-born children all over the world. Initially overlooked as achondroplasia, acromegaly and other common genetic defects and mutations, it took over a decade of research to determine that these were entirely new and distinct mutations in the human genome. Four new, basic human genotypes were eventually discovered to exist along side the common homo sapiens sapiens. These new “races,” for lack of a better word, were being born to homo sapiens sapiens parents indiscriminately and while rare, enough cases were available for study and eventually some careful conclusions on the characteristics of each were reached.

Homo Sapiens Pumilionis
The homo sapiens pumilionis is found to be a much shorter and slightly stockier than sapiens. Their muscle density rivals that of some lizards, leading to elevated strength and constitution. They also seemed to be far more resistant to toxins and pollution and because these were some of the first cases discovered and researched, they gave birth to the theory that they were the result of an over-exposure of one or both of the parents to pollution. This could never be verified, but the rumour has persisted and has come to include all other new sapiens genotypes.

The pumilionis is commonly referred to as “stunts” or “squats” for their stunted and squat appearance, on average standing only 140cm tall, but weighing in disproportionately heavier than that. Some human rights groups have taken issue to the vulgar names, but research has shown that the majority of the pumilionis don’t take issue to the names.

Homo Sapiens Nobilis
Homo sapiens nobilis is a rare genotype whose exotic physical characteristics have made them instantly popular in the media. They are slender and agile and generally stand a little taller than sapiens, at an average of 190cm tall, without sacrificing any of the muscle and bone density. Their faces are somewhat longer, their features somewhat finer and their eyes are generally a little larger, making them quite pleasing to the eye. Research has also indicated that they have a slightly elevated chance to show signs of psionics, with 1,43 out of every 100 people being psionically active, a slight jump over the 1,09 out of every 100 people for the rest of the sapiens.

All in all, this has lead to an overactive media attention being focused on the “exalts”, as they have become known, something which exalt rights group have encouraged. Their popularity have set them apart from the other new genotypes who, unlike exalts, have had to deal with much more bias and negative stereotyping.

Homo Sapiens Robustus
The homo sapiens robustus is the most common of the genotypes, and are often referred to as “crudes”. They derive their vulgar name from their bulkier build, high strength and strong facial features. Often sporting smaller eyes, a stronger brow and slightly broader noses than humans.

Another distinction that has earned them their name is that their scores on mental aptitude tests have consistently averaged lower than sapiens, while stunts and exalts didn’t show any signs of mental deficiencies. This has lead to some ugly stereotypes of crudes being strong but dumb, an idea that the Organisation for Highly Gifted Crudes, a sub-division of Mensa International, is trying to change. Statistics suggest that the average crude IQ, adjusted for age and nationality, around 93.

Apart from their physical and mental characteristics, there’s one more thing that sets crudes apart from the other genotypes, and that is that the fertility rate for female crudes is generally elevated, with a higher degree of multiple births than women of other genotypes.

Homo Sapiens Ingentis
Lastly, the homo sapiens ingentis stands much taller, averaging at 240cm in height and reaching truly staggering heights of 320cm. They are much stronger, and much hardier than the other genotypes, even the crudes, but unfortunately they suffer from an even worse form of mental deficiency with their average adjusted IQ’s hovering around 89.

Their stature being what it is, with their weight generally hovering around 150kg, many people feel intimidated by them. Studies show that people consider the ingentis to be so alien to most others that people have a hard time showing compassion for them. It has lead to people calling them “titans” and being more prone to treating them as something not human. Social isolation is common for titans, compounded by the fact that they are the least numerous of the genotypes. This is partly due to the difficult pregnancy that mothers have to endure, which has lead to a higher number of titan pregnancies being terminated before coming to term.

Homo Sapiens Sapiens
The remainder of the people are just plain humans, which is why media dubbed them “plains” or “regulars” when talking about the distinction. 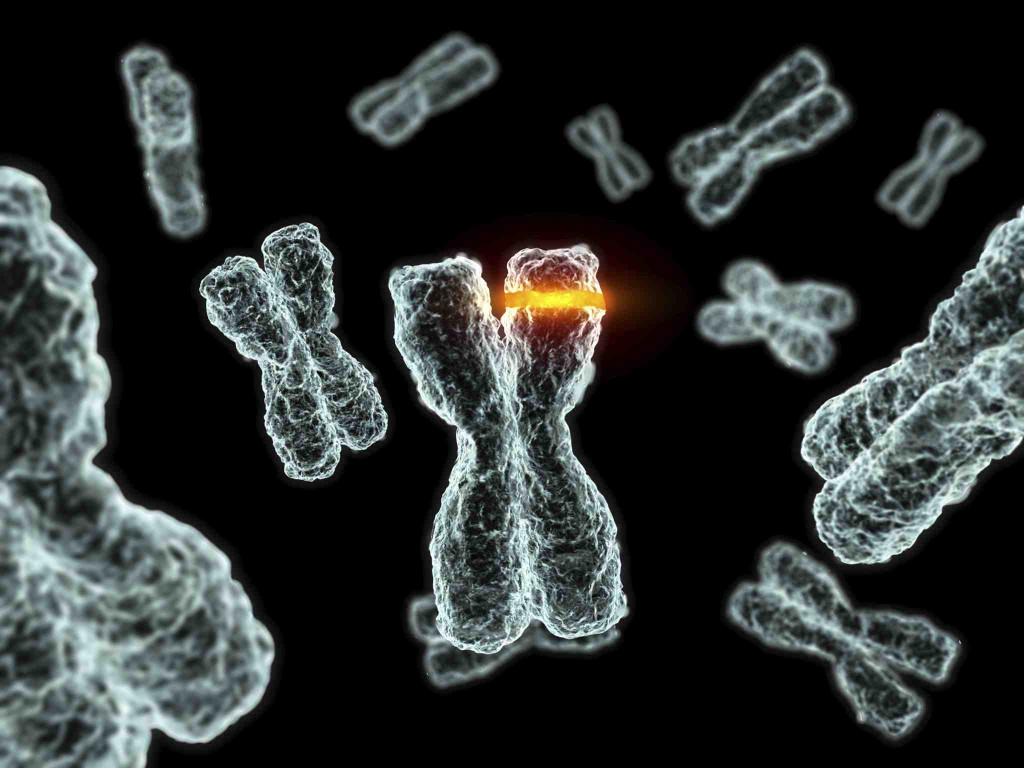 The Genetic Purity Council
A vocal minority, the most influential of which is the Genetic Purity Council (GPC), is afraid that psionics will destroy the fabric of society. They believe that the emergence of psionics is the result of deviant mutations in the human genome, brought on by pollution and lifestyle. The group claims to have proof of the existence of more powerful psionicists and that governments and corporations are actively using these psionicists to subjugate the rest of society. They have yet to release the evidence but have managed to use the claim to gain a political foothold.

As a result, their lobbying power is significant and their viewpoints are often seen and heard on different news networks, some of which are known GPC-sympathisers. Politically, they are gaining support among the poor and rural as they appeal to the disenfranchised. This has lead to widespread bigotry and occasional violence aimed at psionicists, especially exalt psionicists, since they are often seen as elitist, even without their added psionic abilities.

Their stance on the different human genotypes is much softer, which some argue is disingenuous when analysing their overall message. They claim to promote compassion for the “mutant” because “it” can’t help being an abomination and aberration. The GPC has labeled their research into the eradication of mutations top priority, citing their “inevitable achievement” as “the single greatest medical and social achievement since eradicating polio and women voting rights.”

While the GPC distances themselves from attacks on psionicists and “mutants”, top ranking and influential GPC members have been known to privately fund and support “vigilantism”.

Advanced Psionics
Of course, the GPC isn’t entirely off-base with their claims. Of the small amount of people capable of tapping into their psionic abilities a small subset of those individuals have shown nearly limitless potential.

The existence of people with advanced psionics (AdPsi) has remained a closely guarded secret. Governments, corporations and groups like the GPC eagerly pursue the recruitment and acquisition of such individuals and most people that show signs of AdPsi mysteriously disappear.

Over the years, several “extensive” and “thorough” investigations have been done into the existence of AdPsi, but the repetitive conclusions meant that the search by all but the most dedicated truth-seekers and skeptics has been halted. Carefully planned responses to claims of the existence of AdPsi have resulted in public ridicule and dismissal, so the people who believe in AdPsi have become as secretive about their beliefs as the people with AdPsi abilities have become about their abilities.

Every once in a while, an incident that defies explanation will come to light, which leads to a flurry of speculation in the media. People caught on camera showing extraordinary feats of strength and agility will often cause a bump in Matrix-searches on AdPsi abilities and lead to week long discussions in the chat-rooms in the deepest recesses of the Matrix.

People willing to show off their ability to levitate, ignite materials, read thoughts or turn invisible are highly sought after by news organisations because it will inevitably cause a bump in attention. Ultimately, these people either have to recant their statements, turn out to be hoaxes or disappear altogether.

But in the end, a whole host of footage has been collected of unexplained AdPsi phenomena, and some believe it will eventually lead to the revelation that AdPsi is real and their practitioners have been there all along. This keeps the conversation going and while governments, corporations and the GPC are trying to scrub the Matrix of these rumours, they have been unsuccessful at that particular game of whack-a-mole. But that doesn’t mean they’re not trying.