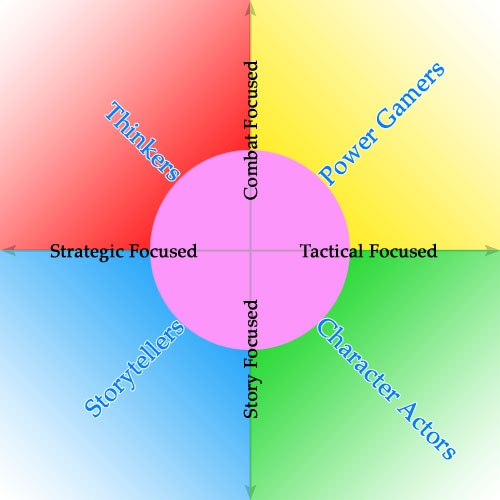 I’ve been playing tabletop RPG’s with my friends for over 20 years. In that time some people have come, some people have gone, but the one thing that remained the same is that we’ve always been keen on good, solid, collaborative storytelling. We’ve played so many different campaigns — predominantly Shadowrun, D&D and Call of Cthulhu, with some small jaunts into other games like Vampire: The Masquerade and Eclipse Phase, and alternative Shadowrun settings — that it’s impossible to remember all of them.

The campaigns that I remember most clearly are the ones that I am most proud of and those that were the most fun. The first time I really plotted a D&D campaign was back in the early naughties, when I ran a D&D campaign in the Forgotten Realms’ Khedron Valley. I had really taken my time to plan things out, think things through, and do a lot of world building even before starting the game. I’ve become much better at this, which is why I’m currently running a rather successful alternate Shadowrun campaign, where I’ve taken out all the elements that bugged me (read about it here, and here) creating something that comes much closer to cyberpunk than manapunk, which is what the cannon Shadowrun can be categorised as. So as time goes by, and I get smarter and wiser, the games I’ve prepared have become much better and more memorable.

But sometimes there’s something that really stands out. I ran a mini-campaign once when the SARS outbreak was at its peak. It was a realistic, modern-day setting, using Shadowrun’s third edition rules, in which the players were hired by the WHO to investigate the lockdown of Hong Kong because of an outbreak of a mysterious illness. That game was memorable because it completely derailed in silliness. I’m not sure we ever finished the story, but it was hilarious.

Another time, while playing Shadowrun around the time of the 2059 Corporate War, the players were required to kidnap David Hague, a high ranking Fuchi executive, as he flies into Seattle. They spent many sessions planning the kidnapping, only to find that the incoming flight exploded mid-air and crash landed in the Redmond barrens, completely derailing the storyline. They weren’t very happy with that, and probably still aren’t. They still bring it up from time to time when they take a carefully planned approach to something. They’re probably bitter, but that story left them with a lasting impression.