This weekend Joasia and I went to Berlin together. Or rather, she was already in Berlin for work and I joined her there. Initially, I was going to fly over on Friday, but due to a sudden strike at Berlin Tegel airport on Friday, my flight was cancelled. After a quick call to KLM and some arrangements at work, I decided to fly out on Thursday night instead, in just before the strike. We stayed at the Quentin design hotel, close to Nollendorfplatz, which is considered a gay neighbourhood. The hotel was fine, the neighbourhood fairly quiet and it had great accessibility to the rest of the city.

On Friday we did most of the touristy sight seeing. We saw the Brandenburger Tor, the Reichstag (where we made a reservation to go in on Sunday morning) and the Roma und Sinti Denkmal, the latter of which was quite sober but powerful. I also started to notice my annoyance at people taking smiling selfies at this sight of remembrance which annoyed me. I was reminded of a brilliant project by an artist called Yolocaust, which showed people’s selfies at the Denkmal für die ermordeten Juden Europas transposed with the photos of the results of the holocaust. 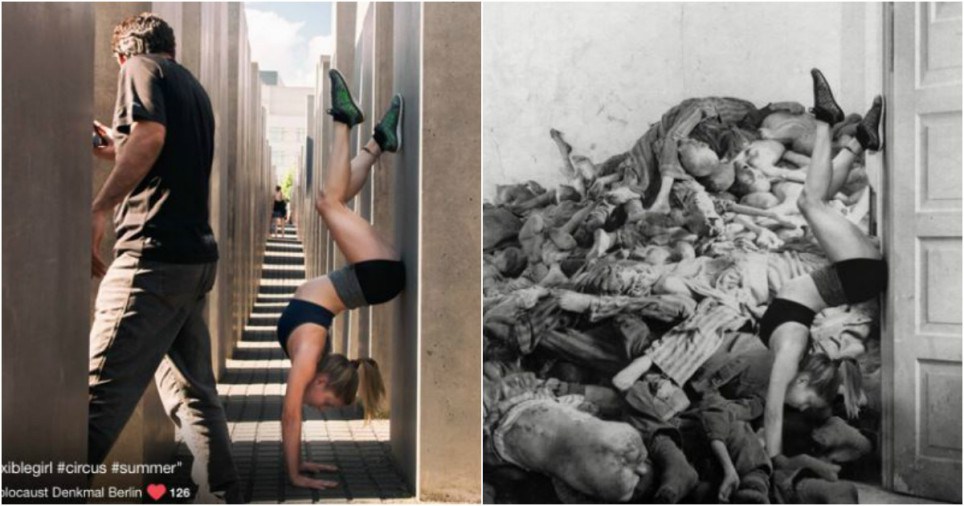 I was a bit afraid what would happen when I would get to the Denkmal für die ermordeten Juden Europas, but surprisingly it wasn’t so bad. Sure there were people who didn’t obey the rules (no running, no loud talking, no climbing the stele, etc.) but most of the transgressors were children, which could easily be forgiven. The site has gravitas and the stele are eerie. It’s powerful without being graphic. We found our way downstairs to the permanent exhibition underneath the site and began our audio tour. That’s where it became hard for me. The further along I got, the more I read and saw, the harder it became. 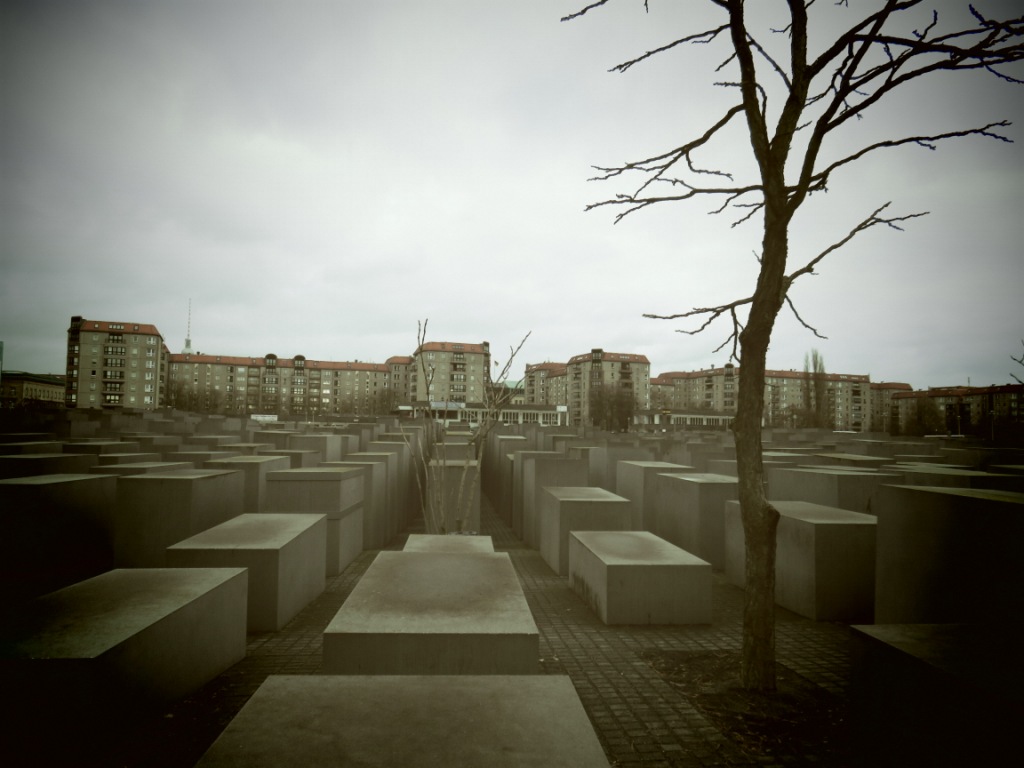 I’ve never really thought it would hit me that hard. I remember going to an exhibit on the holocaust with my mother when I was quite young, and she broke down in tears. I remember thinking it odd. Last Friday I got a glimpse of what she might have been feeling. The war, the destruction, the tension, the deportations, the persecution, it left such an impression on the people having to live through it, seeing loved ones taken, having to hide, having to do what was needed to survive, that it left scars that would never heal. They were forever changed. And in turn, their children would never be the same people as they would have been had the war not occurred. And their children, and so on. It left me wondering who I would have been. It left me wondering how long it takes before the effects of something that horrible would fade to immeasurability.

That was a hard day. But luckily we finished the day with a wonderful meal at Katz Orange, a great restaurant. Afterwards, we went to have a drink at Neues Odessa, a trendy cocktail bar, but left fairly quickly because people were smoking inside. We ended up at Newton Bar, which was a lacked intimacy and was generally a little disappointing.

The next day we took our time to get going. We had some simple breakfast around Potzdamer Platz and started to explore the different sites around the city which had remnants of the original wall left. Throughout the day, the impression I was left with is just how incredibly bizar it must have been to live in not just a divided nation, but specifically a divided city. A divided nation is one thing, but when you’re constantly confronted by this wall which runs arbitrarily throughout the city, it must be incredibly surreal. Not to mention the families and friends that were separated. What I never quite realised was that the wall was a unilateral construction by the DDR in order to prevent defections. I always had this idea that it was a mutual decision by the allies (France, England and the United States on the one hand, and Russia on the other) to divide their territory and spheres of influence. 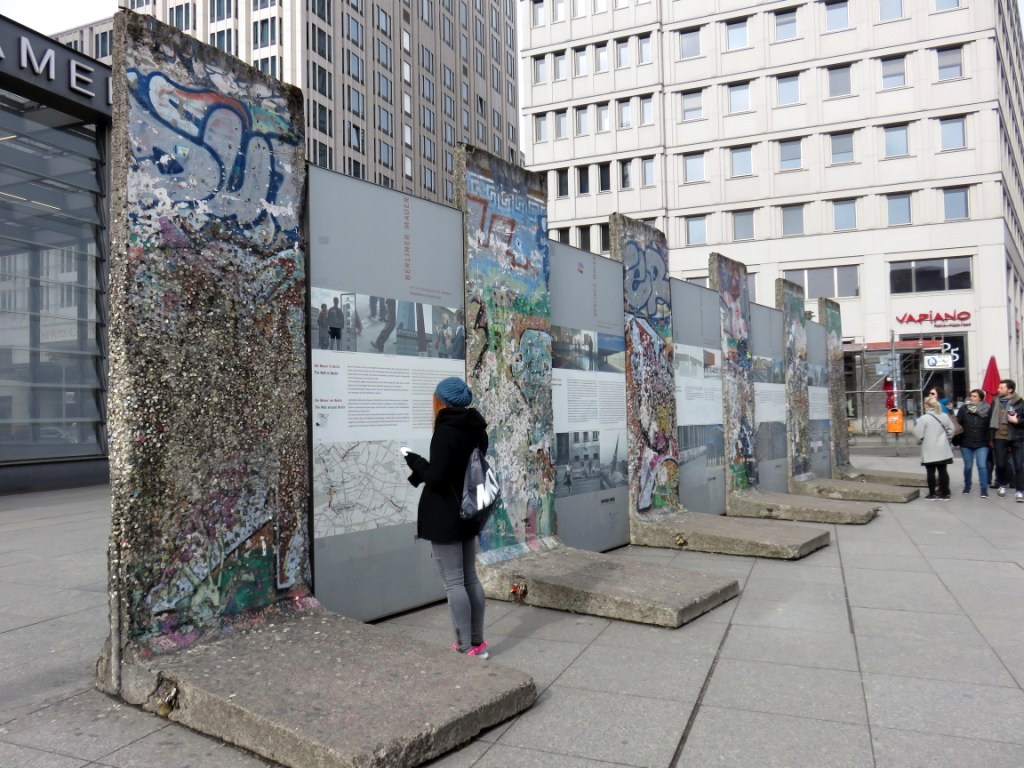 We walked all the way up to Checkpoint Charlie, learning more about the process in which the wall came to be, the political climate and the situation around the different checkpoints. I found the story about the “Berlin Standoff” where for 16 hours in late October of 1961, Soviet and American tanks were pointed at each other. As interesting as that was, the checkpoint itself was a tourist circus and not at all interesting. The displays and exhibits were much more interesting than the actual checkpoint.

In the afternoon we found our way to Oranienburger Straße to take a look at the synagogue there, which was quite impressive. Around the corner was Mogg, a deli-style lunch place that was recommend to us by G.G. for the best pastrami sandwich in the world. I had the deluxe version; the Ruben. Holy fuck that was good. 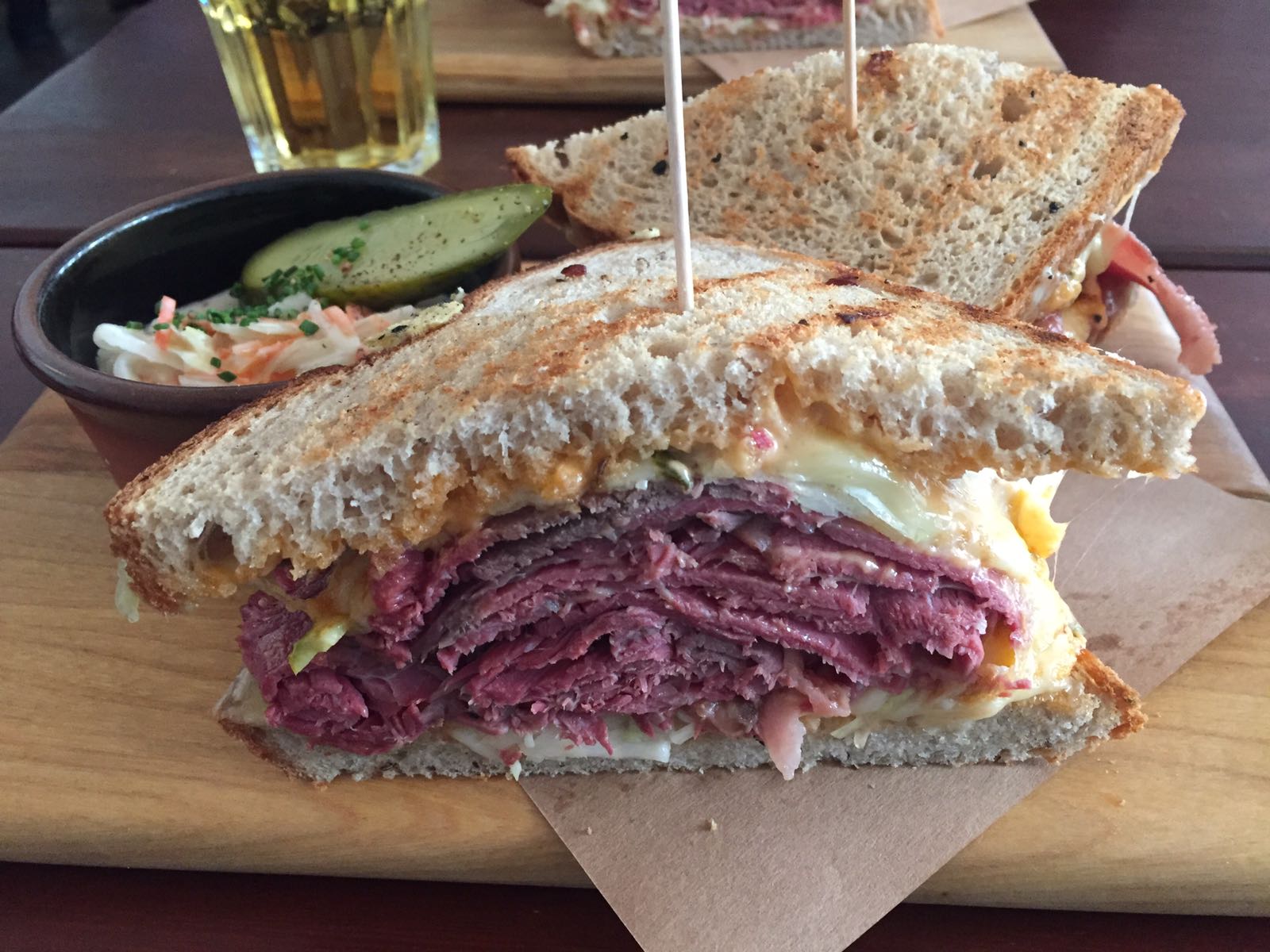 After lunch we wandered around the Hackescher Markt and decided to go back to the hotel to rest up. We both had a nap and woke up just in time to go to the restaurant we had picked for that evening. It was out in the Charlottenburg neighbourhood and was considered by several sources as one of the best places to have a schnitzel. It was aptly called Schnitzelei. It was not exactly the restaurant I expected it to be. It was in the middle of a residential area and it was fairly simple. Just like Loetje in Amsterdam they do one thing, and they do it well, so there was zero bullshit. The moment I had made the comparison I went for it. Had a great meal.

The next day we went got an early breakfast and went to see the Reichstag. We had made reservations on Friday so there was no wait. The building is very impressive from the outside, but the view from the rather weird looking dome on the top is amazing. The domed structure itself is also quite impressive and there was quite a bit of information on the re-unification of the BDR and DDR, which was interesting. Afterwards we made our way to the East Side Gallery, a 1.3 kilometer part of the original Berlin wall still preserved. The wall itself was interesting, especially how it had been decorated. 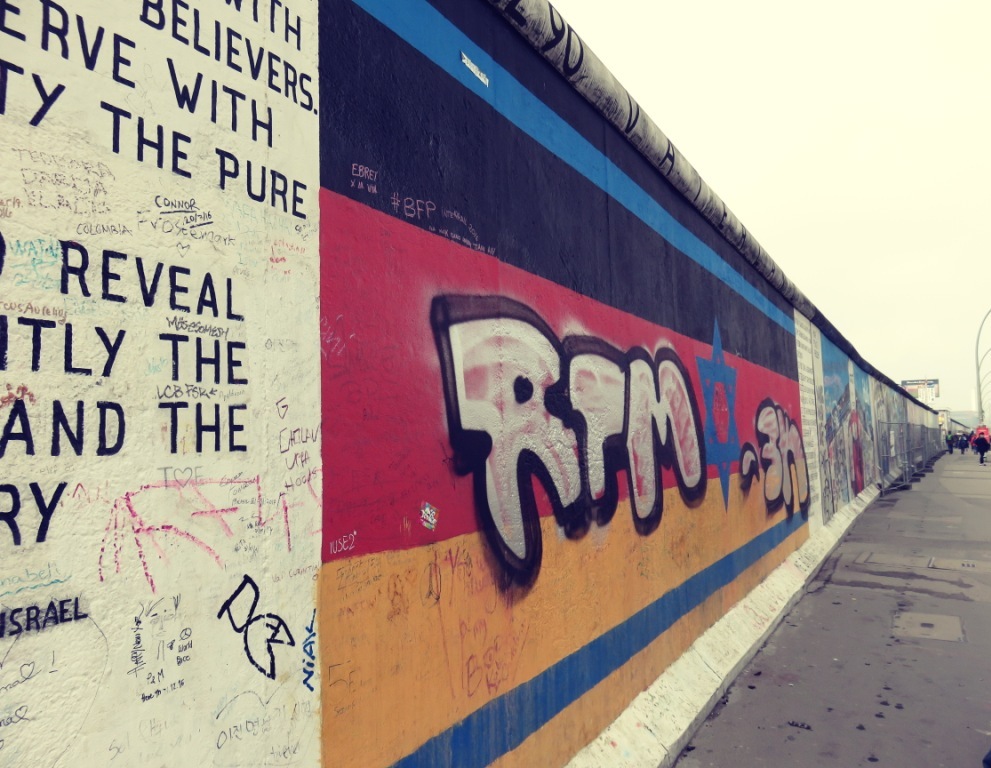 On the way back to our hotel we were in the same u-bahn wagon as a few people just coming back from partying all night. It was about 12:30 or so. My hair dresser goes to Berlin a couple of times a year and talks about going to Berghain, Wilde Renate and Kater Blau. He says that partying in Berlin is truly a 24hr affair. This was not the trip to try that out, but that means there are reasons to come back. I only managed to see a small fraction of the things of interest, and only went for the must-see’s. Hopefully I’ll be back some day soon.