This year my birthday celebrations came the weekend after my birthday. Jim had flown in like a rockstar friend and we went out to dinner on Saturday evening. It was Joasia, my brother and sister, Jim, and Luba who was visiting my brother. We went to the Beefsteak Club where we had a great meal. Initially, my sister wasn’t liking the idea of paying a boatload of money for the food, but she seemed to come around once the food actually hit our table. Everyone seemed to be enjoying themselves, which made me happy. 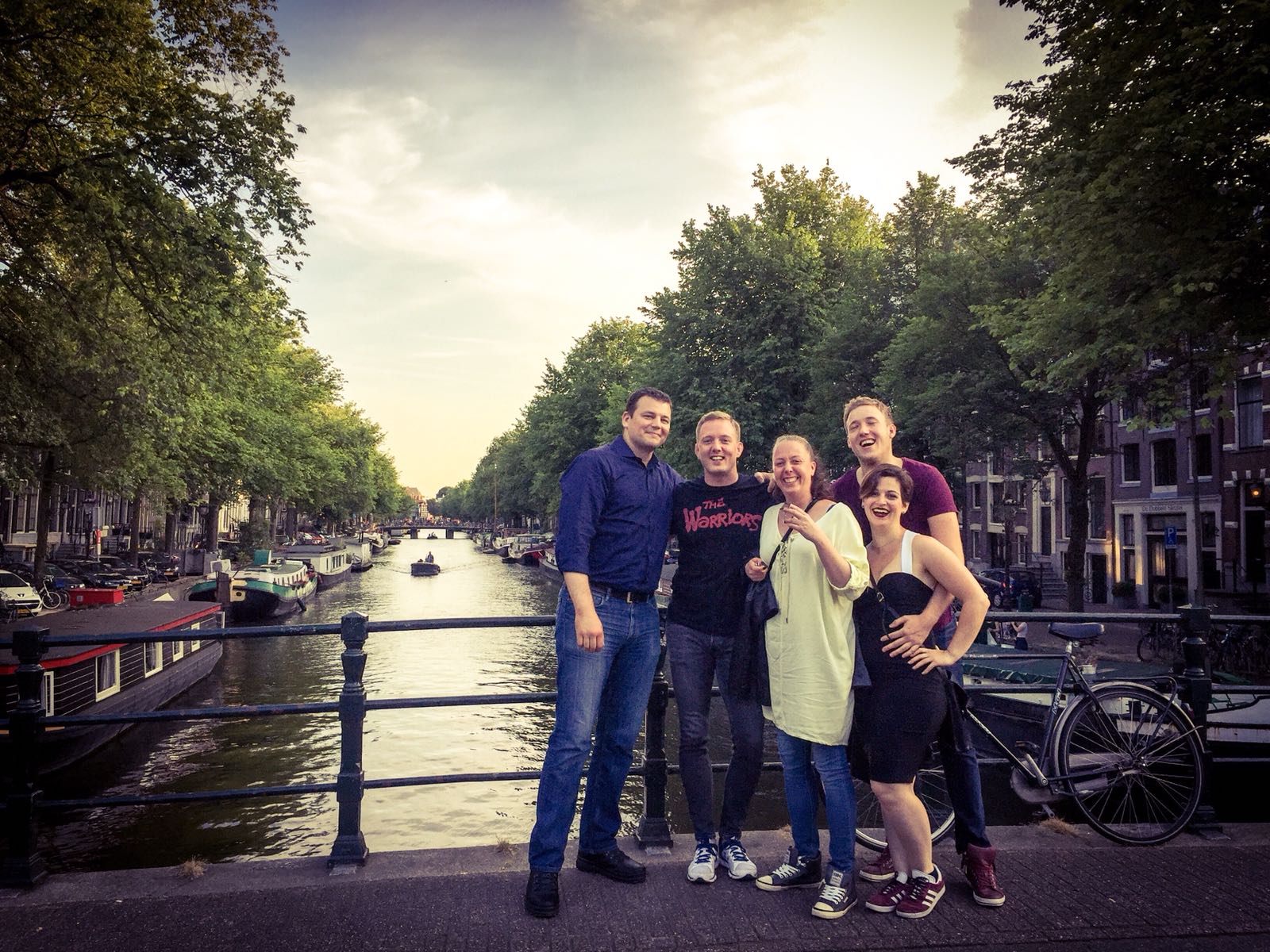 Afterwards, we made our way to the House Bar for drinks. I had arranged with Thomas, the bar manager, that he’d make sure that there was a welcome punch for the guests and he had cleared some space for our party. We were there right on time, and Bodil was already there, finishing up her shift behind the bar.

Interestingly, there was an American lady by the name of Beth at the bar who started talking to Jim and I. It turned out that she lived in Chicago for the past three years, but both Jim and I were a little surprised that she had very little knowledge of Chicago and its neighbourhoods. It was a nice enough chat, but we left it at that. Later, she was suddenly standing next to me and handed me a note with her number on it and an invitation to let her know what the plans were for the rest of the night. I thanked her for the note and she left the bar. Very flattering, and kind of brave on her part because Joasia was sitting right there. Joasia handled it like a cool cucumber. 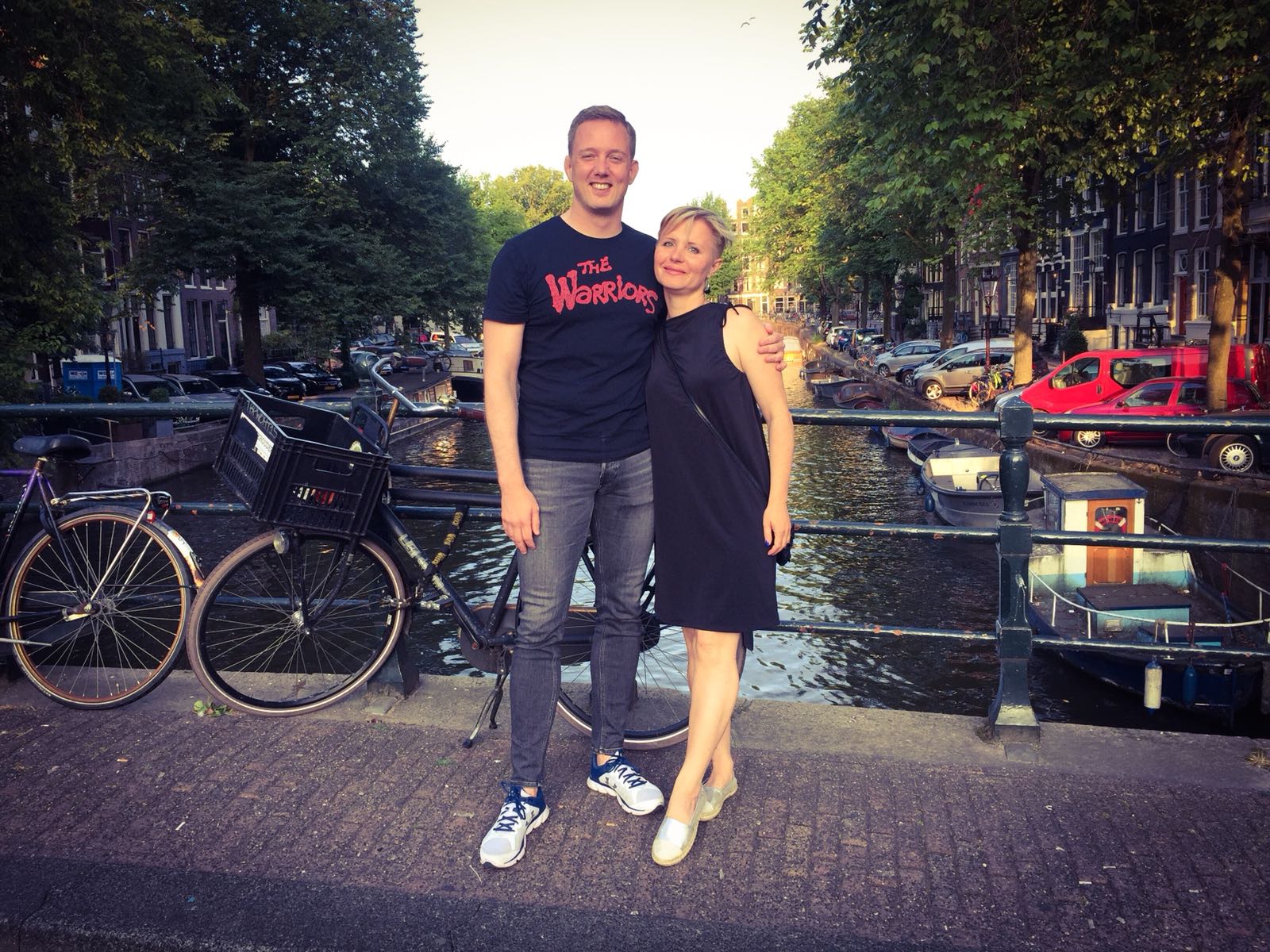 People started arriving. Alina, Thomas, Ed, Dennis, Moulsari and Kim, my cousin. Kim and I are about three months apart in age and she and I grew up together. So it will be her fortieth birthday soon, too. People tell me that I look young, but she hasn’t aged a day over 25! Another person I really enjoyed meeting was Marc, Bodil’s boyfriend, who turned out to be a really nice guy.

Then I was surprised by Morven and Zak, who suddenly showed up out of nowhere! They had been celebrating gay pride in London and had decided to take the last flight out to Amsterdam in order to be there for my birthday celebration after all! They completely caught me off guard, and it was an incredibly nice surprise.

People started leaving after midnight, and we were left with the hard core. Unfortunately, my brother and Luba left around midnight, too. Apparently, they decided that they didn’t get to see each other very often, and therefore wanted to leave. I understand it from Luba’s perspective, since she doesn’t care about my feelings, birthday, or my relationship with my brother, but I was very sad that my brother decided to leave.

We stayed at House Bar until about 2 o’clock, when Mounir had showed up after finishing his shift at the Taylor. We took one last shot of bourbon and paid the bill. (Ouch!) We jumped into taxi’s and made our way to Club Nyx. My taxi arrived a bit later than the other one so when I showed up at the club the people who were already there had gotten pizza’s! 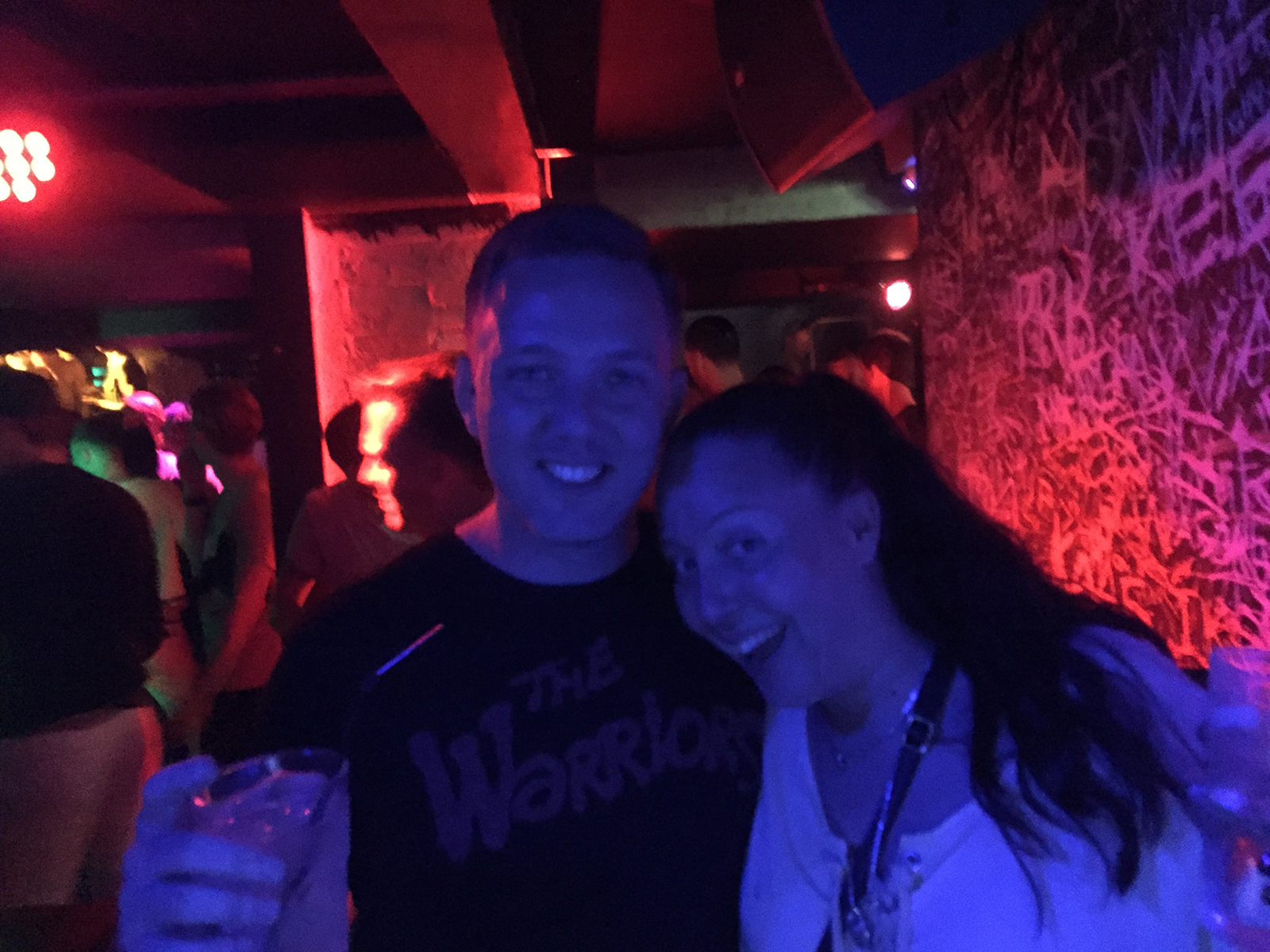 After pizza’s (and an impromptu shoe wear change on Morven’s part) we were in the club and I had a great time, consisting mostly of a) dancing and b) shots. We decided around five to leave and we said our goodbyes. When we were home, Jim and Joasia went to sleep, while my sister and I decided to walk over to the train station and wait for the first train to take her home. That took a while, but eventually I got to bed around eight or so.

And that was officially the end of my birthday celebrations.

A few days afterwards, Eva was telling me that she had been at a yoga retreat, practicing some metta meditation and right as I celebrated my birthday she was sending me all her karma-chi-love vibes. I believe I felt them, because that night was pretty awesome.