The Sheridan Estate lies just outside of Lynnecombe-upon-Lyn, a small Northshire farming settlement along the western bank of the river Lyn, north of Kingsport. The five hundred acre estate is the seat of the small barony of Lynnecombe, which covers twenty-seven thousand (108 km2, the size of the municipality of Alkmaar) acres of vilages, farmland and forests. It is located a little over 2 leagues (~10km) to the north of Kingsport.

Constructed in the late tenth century on the ruins of an elven settlement by the bastard Aelwyn, half-elven son of Lady Miranda of House Lockwood, a prominent house in the Silverpine Hills. He was given the estate and a one time fortune to set up a new life in Northshire. He died without an heir and the Lockwoods sold the estate to a small Northshire house, House Prescott. Lord Vincent Prescott settled at the estate in his later years after life long service at the royal castle as adviser to the throne. He was content to live out his life running the estate and the farms at Lynnecombe. The estate eventually passed on to his daughter Lady Gwendolyn, who passed it on to her son Lord Oliver. Lord Oliver fancied himself a business man, but gambled away all the family’s coin on failing ventures and troublesome business deals. He was eventually stripped of his noble title, lands and estate and died in exile. The estate became part of the royal trust and went up for sale in 1172, just in time for a mysterious man of incredible stature to arrive into a fortune; John Sheridan.

The five hundred acre estate is situated in a lightly wooded area of Lynnecombe. A road coming up from Lynnecombe-upon-Lyn passes along the eastern side of the estate heading to a nearby windmill to the north. From there, the road heads further north and splits off to head west.

To the south of the estate runs a small stream called Raven’s Craig Glen, which runs east toward the river Lyn. The road from Lynnecombe-upon-Lyn crosses the glen by way of a beautiful stone bridge, with high columns. It makes for a beautiful sight. Lady Gwynn was so fond of the area that they made a beautiful terrace overlooking the glen and the bridge, complete with a stone staircase leading from the road. Later, when she passed, a small mausoleum was erected at the rear of the terrace where she was laid to rest.

The limestone wall around the estate is about eight feet tall with decorative, red, clay shingles and cast iron spikes along the top. There are three iron gates which lead to a spacious courtyard, a northern, eastern and western gate.

In front of the main, northern gate there is a terrace surrounded by a flowerbed. Two paths lead around it to come up to the main entrance to the mansion.

A large tree strands in the corner between the northern and western gate, in the middle of another raised platform, the sides of which are decorated by stone masonry with curved steps leading up towards it.

The other corner, between the northern and eastern gate stands the stables, a two story building that also functions as a hayloft.

The front of the mansion, has an elaborate, stone stairway leading up to a broad landing in front of the main door. The stairway has long, flat steps leading up from the terraced rose garden, and is split in two by an aggressive looking landing, shaped like a diamond, giving the stairway the appearance of being cleft in two, like a curved v-shape.

A railing at the top of this landing which juts out over the steps like a balcony is a superb place to watch everything unfold in the courtyard, give orders to the people working in it, or a passionate speech to entertain guests.

To the right of the steps, towards the western gate, there are several beehives, standing below the landing. To the left of the steps, there are some salvaged sculptures from the original elven ruins upon which the estate is built. Among them some benches for a perfectly pleasant place to spend an afternoon reading in the sun.

Above the beehives, on the landing to the right of the mansion, there is a low-walled well. A bucket, attached to a high crane stands next to it, the counter-weight helping to pull up the water. At the far end, a servant’s building with a thatched roof.

The rest of the side of the building is closed off by a wall. The same is true on the opposite side of the mansion.

The mansion itself is an impressively tall building, standing three stories in height, plus an attic under the shingled roof. The first two stories are masoned, and the third story seems to be made of plastered brick.

Two main steepled towers jut out on either side of the main entrance, giving the entire place the appearance of fortress monastery, as was popular in the early tenth century, when the mansion was built.

Most of the facade of the mansion, including the two towers, are covered in ivy, giving it a lush, natural feel, a sense of age and gravitas. The windows are small and shuttered and there are several chimneys sticking out at different places of the roof.

The wooden double doorway is broad and tall, and looks like it has been adjusted and fitted long after the mansion was erected as it looks somewhat out of place. Upon inspection it seems like the doorways are made one size too large for the design of the rest of the mansion.

On the third floor, just below the roof, and just above the ivy, there is a railing between the two towers behind which there is a balcony. 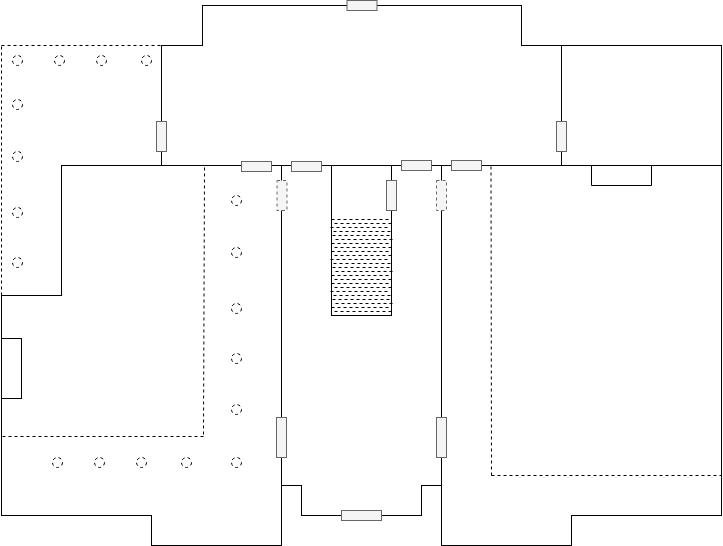 The entrance hall is lavishly decorated along each wall with brightly polished armours and displays of different weapons, interspaced with several expensive paintings. Opposite the main door there is a large stairway leading to a second floor landing. Overlooking the landing there is a large, stained-glass window depicting a battle between two groups, one of which lead by an old woman, who gets stabbed in the back by a blonde man.

To the right of the entrance there is a doorway that leads to a spacious, informal sitting room. The room is decorated along most of the walls with high bookshelves, thick carpets and comfortable chairs.

On the left side of the entrance there is a doorway leading to a large, formal reception area. It holds a long dining table that can seat twenty people, with enough space around the room for extra tables. The floor is made of polished wood, and if the room were to be cleared, it could function as a small ballroom.

It is unclear what the second floor holds. There are two doors on either side of the second floor landing which seem to give access to the galleries in the informal sitting room and the formal dining room. 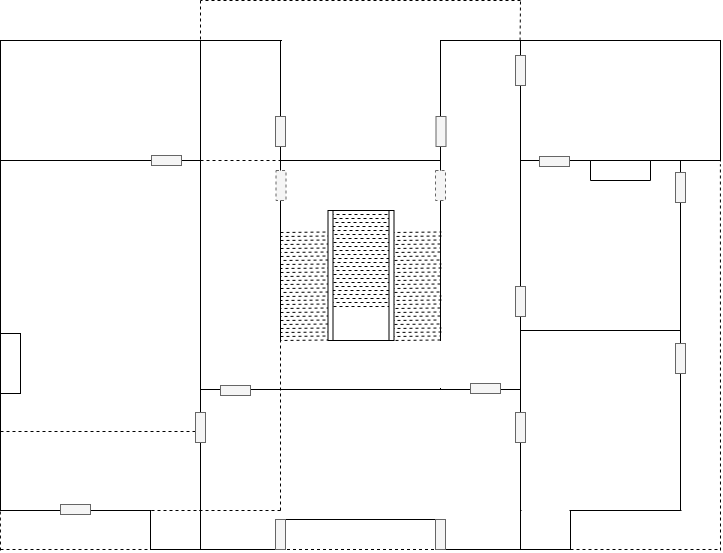 On the western side of the floor there is a door which leads to a spacious study, again adorned with bookshelves. Shuttered windows look out over a balcony. Directly after entering there is a heavy writing desk at the left far end of the room, standing in front of a fireplace. An impressive bastard sword, sheathed in a scabbard is hanging above the fireplace.

To the right of the entrance, directly opposite of the desk, there is a large painting with a gold-coloured, wooden frame. It’s painted in dark colours, depicting the same scene as the stained glass window overlooking the second floor landing. This time, however, the woman is clearly depicted as a monstrous hag, stepping through a doorway. From atop the door a young, sandy-coloured man drops down with a bright sword in hand, plunging it into her back. The painter obviously chose the dark colours to highlight the brightness of the blade.