After waking up in their respective accommodations, either in the servants building, or the stables, the adventurers begin their day. It became immediately apparent to each of them that the day was going to be a warm day indeed.

Luca decides to pay Emma a visit, but not before he had taken some precautions by raiding the kitchen for some of their herbs. A portly Beauclairois chef sternly informed him that he was not to raid the larders without permission of the chef himself. In the end Luca managed to depart with some of the overripe wreaths of garlic and bushels of rosemary, which he fashioned into a smell bag he felt would provide him with enough protection against whatever ailed Emma.

Emma, who had awoken by the sounds of Captain Hallis Mollen ordering a search of the premises for someone who had unexpectedly departed, felt weak. She had just inspected and rebandaged her wound when Captain Hallis checked up on her and gave her permission to leave the stables and join the breakfast.

Luca arrived at the stables shortly after that in order to find out what condition Emma was in. Emma shared that Ser Benten had visited her the previous evening and had supplied her with a crystal pendant which would help her fight off the disease. Luca inspected the pendant and noticed the faint magic emanating from it. When inspecting Emma’s wound, Luca once again heard that warm, honey-dipped voice. This time it assured him that he could freely touch Emma’s wound without fear of being infect, and that the voice would never let anything happen to him.

Astrid and Emrys had found the breakfast tables which had been set up between the mansion and the servants building. Two long tables, covered in a simple, clean table cloth, filled with breads, cheeses, sausages, jams and honeys, wines and ales. All manner of servants were breaking their fast and Emrys and Astrid took place among them. The large nordling woman was quietly devouring everything in reach, while Emrys was intently listening to the talk around him.

Emrys found out that one of the servants, during a late night jaunt to the privy, had noticed that James had quietly sneaked out of the servants building and made his way down into the well under cover of darkness. Once reported, Captain Hallis had sent people to scout the mansion grounds, making sure that nothing had been taken.

When Luca and Emma joined the breakfast table, they were given some free spaces at the end of the table, in the shadow of the mansion. Astrid and Emrys took their plates and went to join them. Quickly the conversation turned to James and his possible reasons for wanting to depart. It was noticed that both Lord Marcus as well as Ser Benten were quietly observing the breakfast from the third floor balcony.

After breakfast, Captain Hallis came to escort the adventurers to the study. There, Lord Marcus offered the remaining adventurers another task; to go back down into the catacombs and to incapacitate the rat-men or take away their tunnelling capabilities. He reasoned that as along as they were still down their and were able to tunnel into the aqueduct, the estate would never be safe from threat. Only then could they get dwarven engineers from Ard Thoradun to repair the water flow. Lord Marcus realised that with a man short that the group would require some backup, and he gladly provided it by offering to come along himself.

The discussion on compensation was initially done individually. Emma asked for a reward which would allow her to get the healing she needed at the temple of Pholtus back in Kingsport. Lord Marcus assured her that he would take care of any such expenses upon completion of the task. Luca wanted unrestricted access to the Sheridan library, something which was denied him by Ser Benten, who felt he could only go so far as to allow Luca access to the unrestricted collection. Emrys wanted access to historical information even forgotten by the elves. When Astrid stated that she would require two hundred gold crowns, Lord Marcus promised each of them the same amount of gold crowns, as well as pledge that he would try to aid them in their individual goals.

Lord Marcus also brought up who the gold crowns should be paid out to in the case of their perishing, and Emma bequeathed the coin to Dagmaer at the Sacred Baths of Sedna in Kingsport. Luca, unexpectedly, also said that his reward should go toward Dagmaer, claiming that he had no intention of perishing in the catacombs. Astrid said that she wanted the gold to be placed on her funeral pyre so that she may take it to Valhalla. Emrys, cryptically, named the elf Voriël, who could be found in the woodland community he was from, confident in the assumption that Lord Marcus to knew the location he was referring to.

Once again, the adventurers could take their pick from the supplies on offer and get ready to descend into well at noon. Luca made arrangements with a leather worker to have a leather armour fitted to him, while the rest either restocked and rested. Lanterns, lamp oil and torches were the predominant equipment of choice and everyone decided to take rations and bedrolls in case the adventurers would need to rest below the surface. 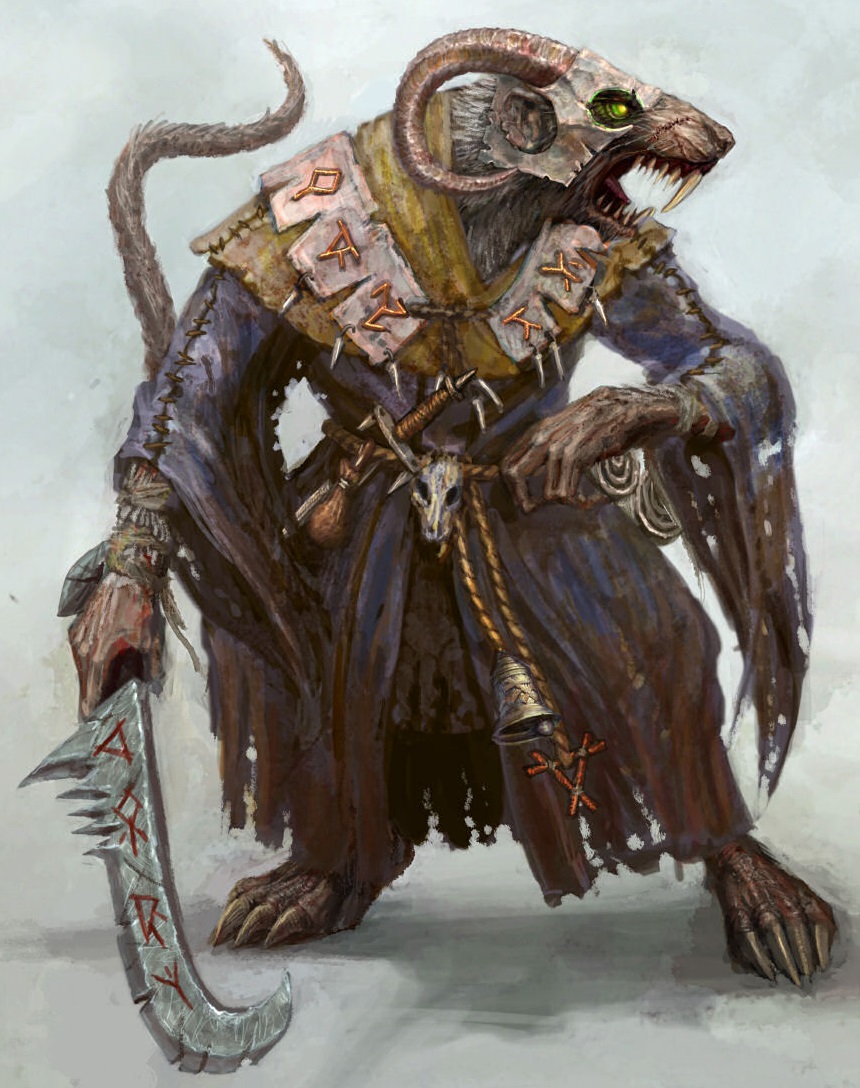 When noon came and the adventurers, together with Lord Marcus, descended into the cavern below the well, Captain Hallis tried to reason with her lord one last time, to no avail. The descent was made easy when Emrys went first and swam to the edge of the pool to retrieve the boat. When everyone had been ferried safely to the start of the aqueduct, Emma called upon the power of her goddess to dry out Emrys’ clothing, drawing a remark from Luca about the frivolous way in which she accessed her power.

The trek up the aqueduct went off without a problem. The blockade was as the adventurers had left it and the equipment belonging to the dwarven engineers who had gone missing was still there, untouched. Everyone scaled the rubble and made it to the tunnel leading to the catacombs and the adventurers pointed out to Lord Marcus the marks that they had found on the inside of the tunnel which they argued were either marks of claws or tools. Lord Marcus ran his finger along one of the marks and found a dusting of iron filings which lead him to believe that the marks were made with tools, not claws.

Making their way through the tunnel to the catacombs the adventurers made their way through the vaulted tunnels to the room where they had fought and defeated the rat-men. In order to illustrate to Lord Marcus who they were up against, Emrys conjured up a very detailed illusionary image of the scythe-wielding, albino sorcerer that was leading them. One of the things that stood out were the curved horns that the rat was wearing, as well as the array of grizzly looking spell components.

In the meanwhile, Emma started to investigate the room that they were in. Different from all the other corridors they have been in, she felt that there was a special significance to the room that they simply couldn’t figure out. Luca saw the wisdom in her inquiry and helped her out. Besides some unrecognisable, decayed, organic material there was nothing to be found. Despite her constant dizziness, nausea and headache, she came up with another plan; since the only thing in the room were the two rows of pillars, she decided to clear one of the middle pillars of moss and search for any decorations that might explain the function of the room.

What she uncovered, with a little help from Astrid, were worn and faded engravings depicting battle scenes of groups of disciplined knights against a chaotic horde of evil looking creatures. Some of the knights were mounted, some of the mounted on flying creatures, and some of them on foot. Later examination also showed several small groups of spell casters in their midst. Some scripture could also be found, but the lettering had faded from the limestone to such a degree that only a few words could be made out here and there, one of which being Senhadrim.

Eventually the adventurers moved on through the other corridor connecting to the opposite end of the pillared room. After some time another tunnel was found, this time dug to a chamber which otherwise had no entrances or exits. Inside, they could find a dead rat-man, cloaked and wearing a strange, thick hide armour. It looked like it had been crushed by something heavy.

Luca was positive that the origin of the hide armour was not from any creature that roamed the Verdant Kingdoms, but nobody was willing to draw any conclusions. The rat-man was carrying a crude scimitar and a cat-of-nine-tails with vicious looking barbs at the end which contained bits of torn, pinkish flesh with rough black hairs on it. It also carried several queer looking coins of copper, brass and silver. Luca decided to pocket those. Inspecting the corpse, the creature didn’t have the same whip- or bind-marks that were found on the other rat-men. The conclusion was that this one was likely a taskmaster whose charge had turned against it.

Investigating the room, it was clear from the way the moss was growing that there had been some heavy objects, furniture or items removed from the room.

Upon departing the room the faint noise of battle could be heard. The adventurers decided to take a corridor in the direction of the noise in order to investigate. Soon, they came upon a group of five rat-men, being lead by a sixth; the albino. The corridor was too narrow for everyone to make themselves optimally useful, but Astrid and Marcus stood side by side, cutting down the front ranks of the rat-men, while Luca and Emma were calling upon their powers to send bolts of darkness and light to attack the albino. The rats fought viciously and the albino responded in kind by sending file bolts of green energy into Luca’s chest.

In no-time the ranks of the rat-men thinned and the albino was gravely wounded. It hurled an egg into the midst of the fray, which cracked to reveal the diseased, dead fetus of a strange, slimy creature, which immediately started generating an enormous amount of thick, noxious, green gas. Soon, the adventurers were coughing and retching, incapable of continuing the fight, while the albino and its few remaining rat-men retreated back the way they came.