Previously, the adventurers, still stuck in the recurring nightmare of Old Llygad, hatched a plan to ambush and defeat the flying demons before the cursed crusaders of the Silver Crusade went to battle. They fought and managed to defeat Baraxxis the Balor, who was leading the flying demons, but not without a heroic effort. It was, however, enough to tip the scales of the main battle squarely in the favour of the crusaders, breaking the curse and liberating them from their torment.

After the battle was over and the consequences and ramifications of their win had slowly settled in, most of the crusaders made their way back to camp. When the sun had set over the hills to the west, the crusaders celebrated. Cautiously, around big bonfires with cups of wine. The darkness of a night they hadn’t seen in thousands of years was unsettling and the firelight and wine gave them courage.

The heroes came together to talk about the next steps, confident that the curse had been broken the moment they crossed the middle of night into the next day.

The heroes spoke at length about what to do next; about whether they should depart from Old Llygad by themselves or find a way to return the crusaders who were now free from their curse.

They quickly decided that it would be best for them to rescue the crusaders from Old Llygad, but the logistics of that decision proved a complication. While the ritual that they had found in the study on the second floor of the Crimson Tower allowed for very powerful arcanists to return large groups of people, Luca was only able to return a dozen or so people. Even if he were to preform the ritual repeatedly, it would require a volunteer to sacrifice themselves each time, which might be a very high price to pay in order to return more than five hundred people.

Eventually, everyone decided to either join in the revelry or get the rest they deserved. As it became later in the night and the wine kept flowing, some of the revelry turned pretty grim as the fragile sanity of the crusaders began to buckle under their intoxication. Emrys, who had remained awake, used the opportunity to perform a rousing speech to the troops in his guise as Prior Benedict, which calmed some of the more volatile emotions and kept the situation in the camp from spiralling out of control. It was very deep into the night before Emrys would find his bed in the commander’s tent.

When morning arrived, James went out to the battlefield only to find that the apothecaries of Pholtus were there to collect the bodies of the fallen and send them off in large funeral pyres. As James was surveying the scene, he was joined by Ser Estienne, who told him that he had kept an eye on the tower and could report that there had been movement spotted on the balcony. Due to the continued shimmering dome it remained unclear who, or how many people were in the tower, but the tower was definitely not dormant.

Another interesting and unexpected development was that the camp had started to wake up and was getting ready to depart and march north towards Gryphon’s Roost. Now that the battle was over and the curse had ended, the crusaders were eager to depart and put as much distance between themselves and that dreadful tower as they could. It seemed that they were unaware that they were in an alternate reality and that there was no departure; at least by means of conventional travel.

The heroes could go towards Isobel’s Vale and use the Fey crossing to depart Old Llygad. Another option was for the heroes to ask each of the knights to find a volunteer among their men who would sacrifice themselves so the rest could be returned using the ritual. Lastly, the idea of assaulting the tower and using the portal at the top floor was also on the table.

None of the plans seemed to be ideal. When talking to the knights gathered outside the commander’s tent, the heroes explained the predicament that everyone was in, and why it was not possible for everyone to simply march for Gryphon’s Roost. Consternation and confusion went through the knights. As the hope and optimism died in the eyes of the knights, it became clear that only the thinnest veneer of civility and composure held the group together. They were about to crack and break down. Emma called upon the Sedna, goddess of waters, and a fine mist descended upon the group, soothing and calming their fears. It gave Emrys an opportunity to give another speech to reassure the knights.

It became clear that the troops would be incapable of assaulting the tower. It had been the source of all their dread for such a long time that the overwhelming majority was incapable of overcoming their fear to move against the place. It was also deemed cruel to ask the survivors to step forward as volunteer sacrifices, and so the plan was hatched to infiltrate the tower and see what state the portal was in and whether it could be used to teleport back to the material plane without performing the ritual and without incurring such a heavy price.

Besides, first one of the elementals powering the protective dome would need to be defeated in order to gain access to the tower, and Emma was only capable of enchanting so many people to be able to tread on water and engage in that fight. A group was formed, consisting of the adventurers, Ser Estienne, Gorden, Ser Fulton and Connal, a priest of Pholtus.

The group was significantly smaller than they had hoped they’d be able to take to assault the tower, and as such, special attention was paid to the gear distribution. Now that there was no coming back in case of death, Emma asked whether anyone would have a pristine diamond for her so that she may attempt to bring someone back to life. James rummaged around in his bag and retrieved a collection of precious stones he had liberated from Atilesceon’s study in the Crimson Tower, among which they found a suitable diamond.

The heroes and their companions departed for the tower, leaving instructions for the crusaders to start breaking camp and to await further orders. When they reached the shore, Emma performed the prayers to Sedna allowing the group to tread on water as if it was a solid surface. They approached one of the elementals and engaged it in combat. The elemental sank into the water and disappeared from sight, only to reappear right on top of Emrys who was captured inside and began his fight against drowning. Everyone attacked the water elemental, including Emrys from inside it, until the water dissipated and the golden bracers sank into the dark depths of Lake Llygad. Emrys coughed up enough water to fill a bucket, but luckily was okay and eager to continue.

The heroes and their companions made it to and up the causeway, confronted by the grizzly scene of broken bones and decomposing entrails of the crusaders previously nailed to the tower walls. Like previously, the door to the tower could easily be opened, and the scene inside was much like the ones the heroes had previously seen. The only real difference was that previously, they had seen a large portrait on the mantle above the hearth depicting Atilesceon, which now was nowhere to be found. James quickly investigated the cellar by going down the trapdoor, but found it much the way he had seen it before.

As the heroes started to get ready to go up to the second floor, Emrys noticed that they weren’t alone and began suspecting that someone or something was observing them while remaining hidden from sight. As they moved through the trapdoor leading up, they quickly shut the door behind them, locking whatever it was that was following them on the ground floor. They heard a thump as something tried to open the trapdoor, but with Astrid standing on it, whatever it was that tried to get in, was not strong enough to lift the tall Helmarker. 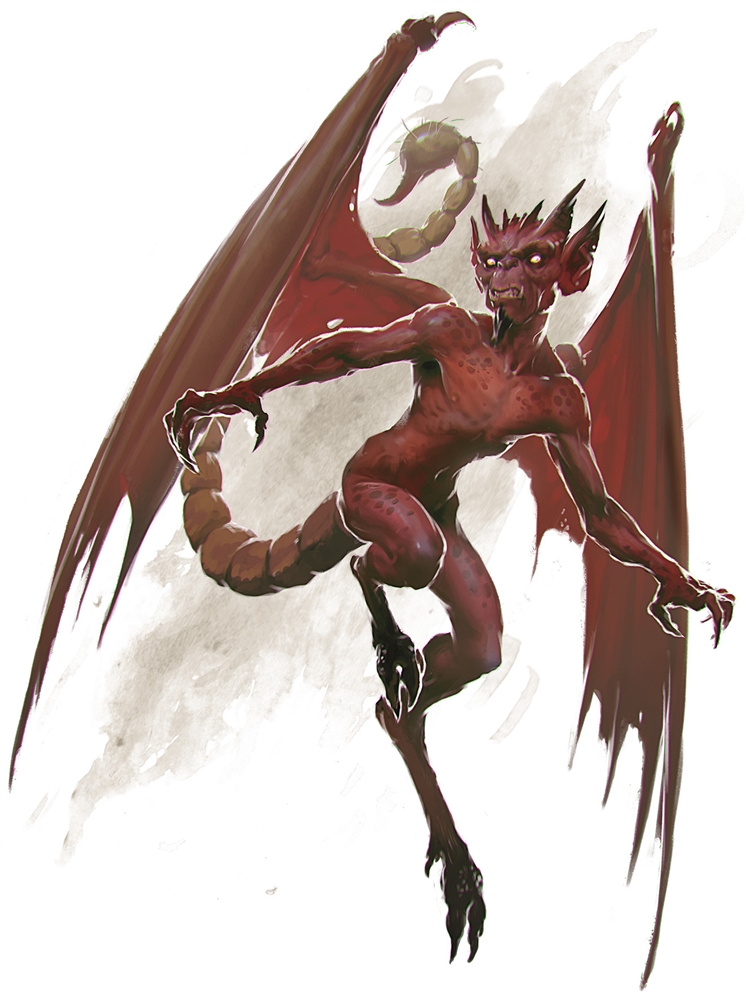 A whimpering voice could be heard on the other side of the trapdoor, begging for them to open up. When the heroes eventually did, it revealed a small fiendish creature, with the body of a kobold, the wings of a bat and the tail of a scorpion. He introduced himself as Sadwick, and claimed to be Atilesceon’s familiar. He and Atilesceon had a love-hate relationship, and Sadwick was eager to help the heroes mess with his master. He was sick and tired of being in Atilesceon’s service and wanted to be released so he could travel the Astral Sea.

After talking with Sadwick the heroes came to the conclusion that he was relatively harmless, but decided to keep an eye on him. Sadwick managed to reveal that the artificer was in the tower and that he had several “tiefling” followers with him. These tieflings were discovered when they moved to the next floor, Atilesceon’s bedroom, where they found several of them engaging in a strange, morbid orgy. The heroes decided to attack and cut several of them down before the rest fled to the next floor up. When the heroes pursued, they found themselves in Atilesceon’s laboratory, together with several tieflings, as well as Atilesceon himself, who had been looking out over Old Llygad from the balcony.

Atilesceon did not look like the man they had once seen on the portrait, but instead of a tall, grotesquely attractive man, dressed in lavish, opulent clothes. Everyone readied themselves for the confrontation. 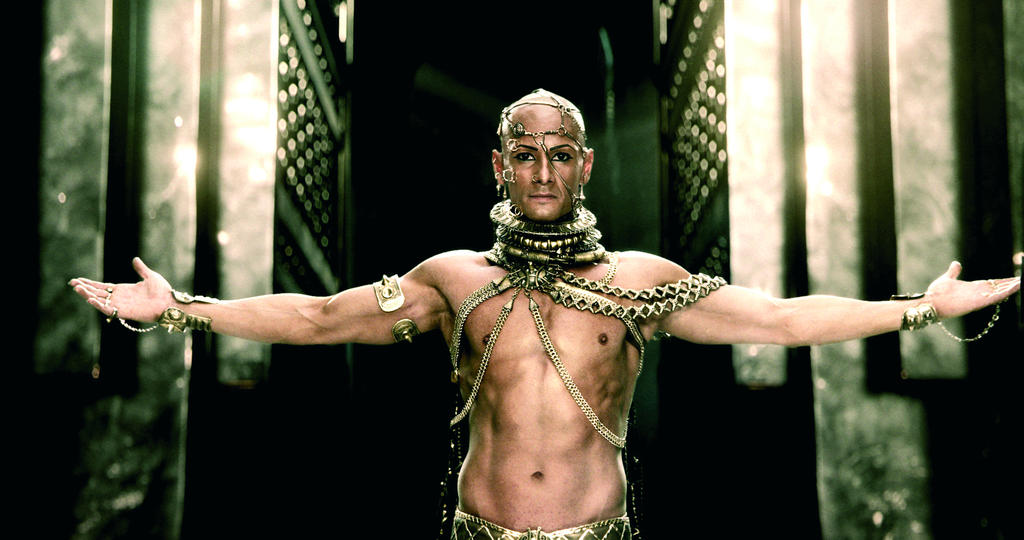