Previously, the heroes celebrated the memory of Lady Gwynn Sheridan together with the Sheridan family and Lady Gwynn’s twin brother Lord Lothar Grey. James found that the Steady Hand had infiltrated the Sheridan staff in order to pilfer books and keep an eye on the catacombs underneath the estate. The next day the heroes were rewarded for their efforts of returning Lord Destan to his family. Bonded writs, gemstones, coin, mounts and the occasional bit of gear and the Heroes of the White Eye were paid what they were owed and were on their way to the Avondale Woods to find Kalina and her reaving group of bandits. They found the abandoned Scatterfoot farm and ran into Dick, James’ childhood friend who had been running with Kalina.

Dick didn’t know what to be shocked by more; the still smouldering eye sockets of Stubbs, the other bandit, or the fact that James, his childhood friend who he referred to as “Jimmy” was standing before him. James understood his friend’s state of mind and pulled a bottle of plum brandy from his mysterious bag. It was the bottles he had traded with the Szygani in Pinefall, so they were strong enough to calm Dick’s temper. Dick was a large, brute of a man and James knew that his discomfort could quickly devolve into anger and violence.

Taking further control of the situation, James asked Astrid to scout around and Luca to get Emrys, Quentin and the horses. He also made sure that Stubbs’ body was moved out of sight. When everyone returned, the horses were stabled together with the horses that Stubbs and Dick had been guarding for the other bandits, guarded by Astrid. The rest of the heroes joined James and Dick in the farmhouse for a conversation.

With an efficiency which betrayed James had been prepared for this moment he explained the entire situation to his old friend. About Kalina duping his mother into believing the day master was responsible for his death and manipulating her into making an attempt on the day master’s life using that wicked dagger. Dick revealed that Kalina was still in the possession of her daggers; plural. Dick also lamented the situation, since he seemed genuinely fond of James’ mother. James knew that Dick never had a mother while growing up, and a father that cared little for him. Jeanne and the women at the Silver Cross had filled that void for his friend, so it was not a surprise that Dick readily agreed to help James find Kalina. 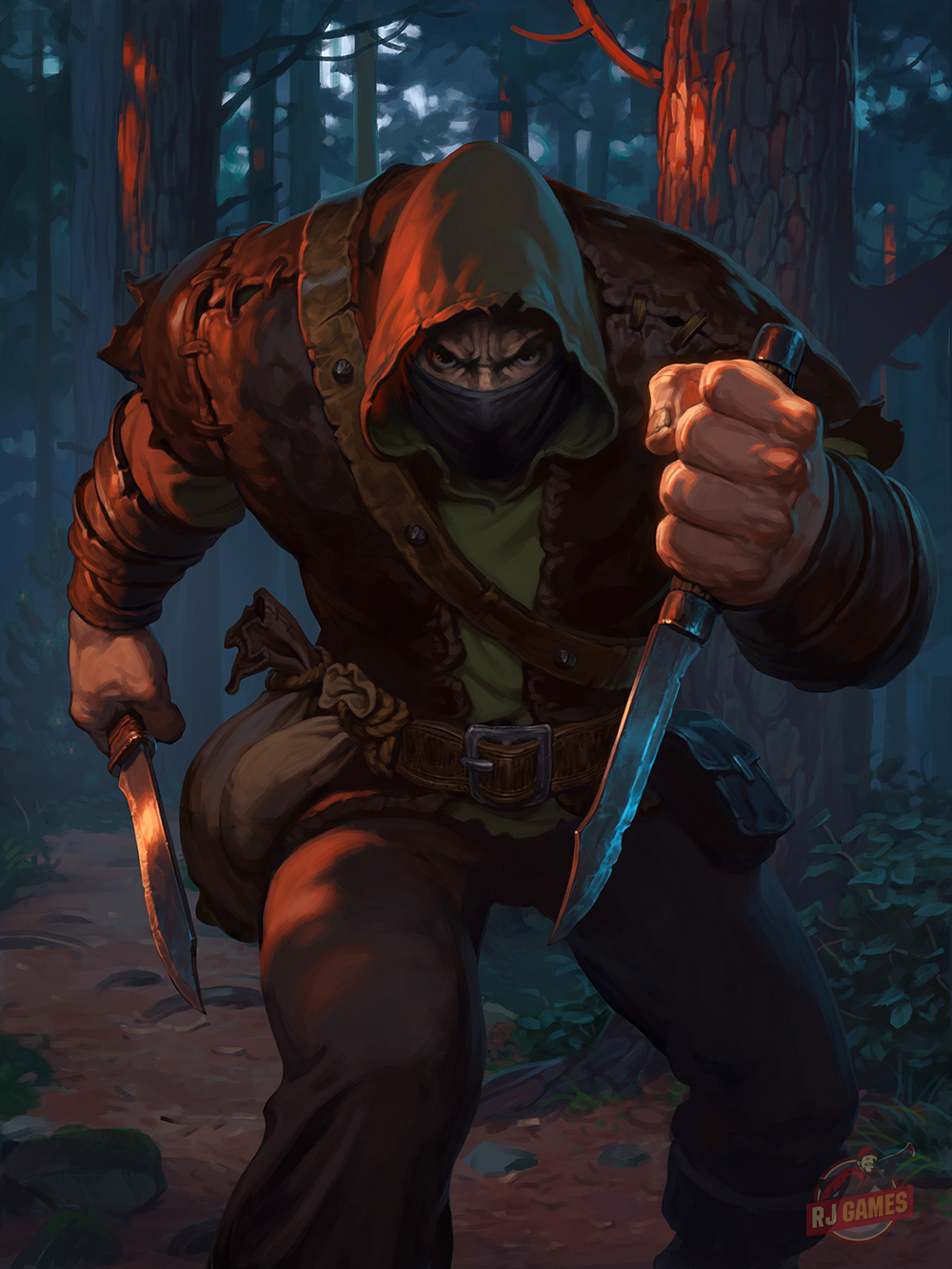 Kalina and the rest of her crew were hiding out nearby; in the Reaverhaunt caves, the hideout of the former scourge of the Lyrian gulf; admiral Dapperfang, a gnoll pirate who reaved all along the coast for a long time. Unfortunately Dick wasn’t able to share much about the cave itself, since he never made it past the entrance since he was the most junior member of the crew. Supposedly the caves were large and were well-stocked and furnished. James asked him whether he knew of an alternate entrance or exit, but he did not.

A plan was formed by the heroes to attempt to sneak into the caves and find Kalina, either kidnapping her under the nose of the other bandits or possibly getting the drop on her before she could try to escape. In order to keep options open, Emrys decided to weave a hypnotic pattern which would allow a group of people to be befuddled for a short while, which was absorbed by Luca’s terrifying staff, allowing Luca to unlock it at a later time. Emrys would also arrange for all of the heroes to be turned invisible, allowing them a greater chance to sneak up on the bandits.

Dick explained he was concerned that he would be suspected of aiding the heroes, so a plausible explanation was drawn up; Stubbs was murdered and Dick was interrogated using magic. Afterwards he was bound and left behind due to James and him having grown up together. It sounded pretty flimsy to James, but luckily Dick seemed somewhat appeased by the plan.

The heroes decided to get some rest before heading off and letting Dick lead them to the Reaverhaunt caves. The trip through the Avondale woods did not take long and soon the heroes found themselves walking a long a cliff face which lead to the hidden entrance to the caves. Dick had given them detailed instructions and left them to their business, returning to the abandoned farm to guard the horses. James had told him that if things went awry, he should take all of the horses, get a good price for them, and leave Northshire.

Emrys made use of his increasingly deepening intuitive understanding of the weave of magic to turn all of the group invisible. It was not without effort and for a moment he felt his hands turn incredibly uncomfortable with an inner heat. When everyone was invisible they approached the entrance to the caves and James went to scout ahead. The entrance lead to a chamber which was used to guard the rest of the cave system. Initially the group attempted to sneak past, but this turned out to be too difficult and Astrid decided to grab the man guarding the entrance and strangle him until he was unconscious. Unfortunately, this caused the invisibility magic that Emrys had cast on her to dissipate. This necessitated her to stay behind as the others continued deeper into the caves.

Quentin, not gifted with the same ability to see in the dark as the others was forced to lag behind them for a while. Eventually he was forced to light a torch in order to follow, but by this time James, Emrys and Luca, aided by their genetics or by the magic provided by their arms, had started to explore the vast cave system, finding several junctions and even some barricades and doors. Quentin, trying to stay at a distance not to let his light hinder the others, suddenly spotted a strange, moving shadow, which caused him to hurry to catch up with the others.

He relayed what he had seen; a strange, stalking shadow of unknown origin. Luca decided that it was best for Quentin to stay a little way behind, but gave him Lauriel’s earring that he was wearing so that Quentin could communicate with James, who was wearing the companion earring. This would allow him to signal if he was in trouble. As the men from Beauclair were not as accustomed to piercing their ears as some of the other men in the Verdant Kingdoms, Quentin had to painfully pierce the earring through his earlobe in order to make use of it.

After having found a strange weapon room, James, Luca and Emrys stumbled upon a larger room which housed several of the bandits, who had not been alerted to their presence yet. They decided to retreat, regroup and come up with a plan on how to proceed to find Kalina.