Previously, the heroes had made their way through the Senhadrim quarters while descending down the ziggurat in search of Xamael who had crossed and blackmailed the good sisters by stealing Memra’s sight. Returning Memra’s sight would be rewarded by the good sisters in the heroes’ quest to defeat the ward on the cursed khazra’s head which was laying waste to the queen’s health, and potentially threatening all of Kingsport.

The heroes were still hard at work in trying to defeat the lizardfolk zombies which had awakened from the interment inside the clay urns which were standing all around the spiralling room. At the bottom of that room was the portal leading from the Senhadrim quarters to the Senhadrim hall. The zombies had awoken when the heroes had managed to find a discarded statuette, which, combined with one of the lyrium crystals they carried on them, had proven to be the key which unlocked the portal.

With the help of the mercurial magics at Emrys’ disposal, the heroes had defeated many of the tenacious zombies already. Their momentum had slowed considerably with the disappearance of Emrys, who had been teleported away from the material plane and into the Ethereal Mist; the realm in between realms.

Astrid was spent and Quentin was wounded. James had spent many arrows and Luca had expended a lot of his magical power. On top of that, everyone was tired. Astrid and Quentin stood shoulder to shoulder, while Luca picked another star off of Atilesceon’s robes and hurled it at one of the zombies. The star transformed into several magical bolts of raw energy. Meanwhile, James was using his mobility to keep the zombies occupied while simultaneously taking shots at them with with Isalien’s bow.

When Astrid was overwhelmed and lost consciousness, it looked as if the heroes might be overrun, but the heroes kept repelling the zombies, and even Astrid miraculously regained consciousness and got back to her feet. Luca gave her one of the last two remaining health potions he had, but she held onto it. Luca also became desperate enough to use one of the lyrium crystals he still carried on him in order to fuel one of his spells. Soon after the last of the zombies fell beneath sword and arrow and calm returned. It wasn’t long until with a startle, Emrys also returned from the Ethereal Mist.

Emrys told tales of the mist and about the titanic creatures he had seen there. It reminded him of the space where the Crimson Tower had stood when the heroes first ascended it, before jumping through the collapsing portal and into Atilesceon’s nightmare realm. Emrys explained that sometimes the potency of the magic inside of him got out of control and did wonderous and unexpected things. James suggested that Emrys stay well away from the rest of the group if Emrys was to continue using his magic.

According to Luca it was late in the evening and it would be best to take rest. A safe corner in the spiralling room was hastily converted into a small camp where the heroes took rest. There was some debate about how long the rest would be, and despite James’ objections, it was decided that a proper, long rest would give people a chance to recover from the previous fight. Quentin briefly communed with Róisín and conjured up several berries which spawned from the scabbard of the blade which nourished Astrid back to some health.

It was five days until the day that doctor Arkenward thought he could keep the curse on the queen at bay. The heroes had gotten some rest, and had found that none had come into the spiral room, or had come from the open portal. All of this felt incredibly suspicious and unlikely, but the heroes decided to continue on and go through the portal.

On the other side of the portal was a room with two corridors which lead away. There were two braziers with curious and intricately script carved in the metal surface. Embers were glowing inside of the braziers, and smoke trickled up and along the ceiling of the room and filled the room with the soft fragrance of sandalwood. Despite the curious nature of the braziers, Luca assured the heroes that there was nothing to be concerned about.

The room beyond seemed to have been the scene of some heavy battle, evident by the broken tiles on the floor and the faint traces of dried blood which seemed to be heading to one of the two corridors before fading away. James reckoned the blood dried up about half a day before.

It was agreed that James would scout ahead and the rest would trail behind. James found that the corridor lead to what turned out to be a wide halfway which circled a large central hall. James explored the circular hallway about halfway, discovering a small number of larger rooms along the outer wall, and a large number of doorways along the inner wall which lead to balconies that overlooked an enormous, cavernous hall. The inner wall was decorated with intricate carvings which James recognised as very well preserved Senhadrim murals.

In the centre of each of the balconies stood an elaborately crafted metal pillar, standing over six and a half foot in height. There was something elven about their design. Each was topped with a huge, glowing crystal, held by delicate metal prongs, gently cradling the crystal like a child would be cradled in their mother’s arms. Little tendrils of energy crawled over the crystals; each was pregnant with magical potentiality. Each of the crystals had a different colour.

Across the dark expanse between the balconies, the soft, coloured glow of each of the eight different crystals could be seen. Luca and Emrys went to investigate one of the crystals, which appeared to be red in colour. When the stepped out onto the balcony they were acutely aware that there was something in the darkness below as they could hear the rhythmic breathing of something very large. As they peered over the rim of the balcony they could the enormous form of a green serpent laying on the stone ground below, curled up like an armadillo. They were immediately filled with a sense of unnatural dread. Every instinct they possessed commanded them to run away; back to the surface; back to Kingsport; back to the Riverlands; back to the Elder Foothills; back into the arms of their mothers so that she may shield them from the dangers that lurked in the forgotten halls at the bottom of murky lakes in the centre of a swamp which was clearly forsaken by all the gods.

The two retreated immediately and told the others of the dragon laying at the heart of the hall. Quentin was curious to see a dragon, having only heard about heroic tales of cavaliers and knights vanquishing them. He was fortunate enough that his eyes couldn’t penetrate the darkness and he never laid witness to the dragon. As he peered into the darkness he did hear a voice. He concentrated on the voice and heard it hold a sermon of sorts, about Asmodeus, the dark angel, and the Pact Primeval. It was enough time for Emrys and Luca to regain their courage, and Luca used that opportunity to get Quentin back from the balcony. As he did so he, too, heard the tail end of the sermon, and the words were very familiar to him; he had read them in Kalina’s prayer book.

Blackstar furiously protested the sermon, exclaiming that the nature of devils was to corrupt souls so that they may fuel their fight against demons. Blackstar was reaping souls in order to prevent souls from falling into their hands. Some of Luca’s dialogue with Blackstar escaped his lips and alerted Quentin who wanted to understand more, but it wasn’t the time to get into it.

The heroes decided it was imperative that they understood what these pillars were, as they believed it might be responsible for the enslavement of Kalauranthalasis. If they could free the wyrm, they might have an ally in the fight against Xamael the Defiler. Luca prepared a ritual of identification, which he had used several times to divine the nature of some of the magical items that the heroes had found. Using an owl feather to mix a crushed pearl into some of James’ potent alcohol, he drank the liquid down and discovered that each of the pillars were connected and meant to act like a beacon. However, their power had been corrupted and changed to act like a soul trap; not unlike Lauriel’s earrings of whispers which Luca and James often used to communicate over long distances; that too had the ability to trap a person’s soul.

Luca conjured up a spectral hand and at a distance attempt to take the red crystal from its socle. Unfortunately, the moment the hand came into contact with the magical energy it was dispersed. At this point, James loosed an arrow at the crystal, hoping to knock it off the socle, instead. The arrow hit the crystal but was deflected off one of its facets and went flying into the darkness beyond. At that point the heroes heard the strong, honeyed voice that was holding the sermon say; “Kalauranthalasis, it is time for you to awaken,” and they heard the wyrm stir. 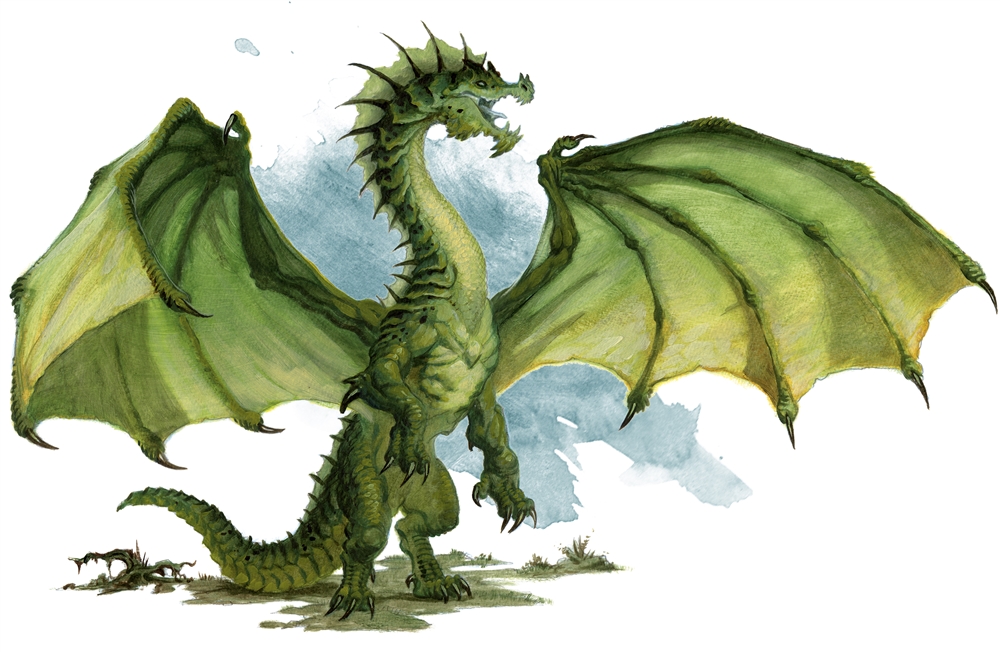