Previously, the heroes managed to defeat Xamael the Dreadlord deep in the the centre of the ziggurat at the bottom of Wyrmblood Lake, where Kalauranthalasis had made his lair. But not without paying the steep price of Astrid’s life.

Luca’s keen sense of time told him that it was very late in the day, but he didn’t have to tell the rest of the heroes that; the fatigue had seeped into their bones. Each of them felt hollow inside when the adrenaline of the fight with Xamael faded away. There was an added sadness when the death of their friend Astrid descended down on them.

James took out a bottle of brandy, sat down next to Astrid and poured two cups. He sipped the drink in silence, letting the faux-warmth comfort his cold bones. Quentin sat near, shivering from fatigue, sadness and exhaustion; Emrys came to put an arm around him for comfort. The hooded lantern stood close by, giving Quentin just enough light to look upon Astrid’s body.

Slowly, the dreadlord’s body withered away with incredible speed, leaving behind some wet, organic sludge and several items. When the heroes returned from their introspection, they inspected the items. It was a simple, wooden box with a choker inside. The choker was made from blood coral, fastened by a golden lock depicting the banner of house Valois; two angelic warriors holding a shield between them with three lilies, topped by a crown.

There was also a leather scroll case with a letter inside that James retrieved and read. He found the text to be illegible and asked his companions whether they understood it. Luca, who was busy preparing a ritual that would allow him to detect the effects of the weave of magic upon things around him, would later confirm that the letter was written in the infernal tongue of the Nine Hells. It read as follows;

To our most wondrous and resplendent Master,

I am pleased to state that, after a lengthy study of our rivals, I have completed my observations. Please accept this briefing in advance of my complete report, which shall follow forthwith.

We anticipate that certain of our targets will be more challenging to topple than others. But each is prone to manipulation in different ways, and our agents have already woven themselves into their very fabric. Others are being eliminated by our assassins.

This is, after all, the solemn duty for which you sired us. As you are fond of saying: Once a desire is understood, it can be exploited.

Enough prologue. Allow me to summarize our findings.

In many ways, the celestials will be the easiest to manipulate. Their singular goal is to impose structure upon everything they see. Show them a force that opposes their drive for Order, and they will be consumed by their urge to eradicate it. Their choirs, so seemingly united in purpose, is vulnerable to fracturing.

The aberrant lords all but welcome us with open arms. They are so preoccupied with their thousand truths that they ignore the lies we sow in their very midst. I believe we can leverage their vast reach to position them as a foil against our other rivals. We remain wary, though. Since they are observant of multiple outcomes, it is conceivable they could anticipate our coming.

Similar to the celestials, the fey and their keepers are singular in purpose. Their adherence to a linear path is an obvious shortcoming. They savour nothing more than being proved right, so if they believe they have converted one of us to their precious light, they will trust that agent implicitly. The adherents to life are the most insidious of opponents, perhaps because their nature is so antithetical to our own.

Still, we learned much from observing the link between their plane and the Winter Court, and we have high confidence that a vulnerability has been identified. Our operative has already gained the trust of her target. And as previously discussed, our position within the plane of Disorder is proceeding flawlessly. Consuming fel energy is not a pleasant process, but a necessary one.

The deception you have architected will bear fruit in the ages to come.

As ever, we shall serve as your unseen hand. We will poison every cohort foolish enough to invite us into their midst. Despite our setbacks with the Steady Hand, I am confident we will root out the vault of the Upright Man and find his tablets before the Demon of the South Western Winds gets to them.

I remain, as always, your faithful servant.

The third item was the whip that Xamael had been carrying and using to deadly effect, while the last item was a large, red gemstone, roughly cut and about the size of a human head. There was a darkness swirling inside of it. 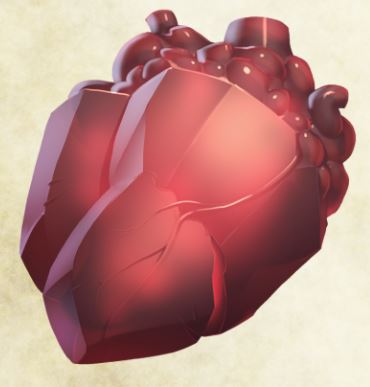 When Luca had finished the ritual he had prepared he found that neither the box with the choker, nor the letter were magical. The gemstone, however, and the whip, exuded strong magic. While the whip was a complicated mixture of different magics, predominantly evocation, the gemstone was a primordial type of magic that Luca had come to associate with the magic of the good sisters.

Besides the items, Luca also noticed that there was a lingering background magic in the Senhadrim hall, left behind by the dragons and Xamael. The crystal pillars on the balconies, however, had gone dormant.

In the meantime, Quentin and James searched the rest of the Senhadrim hall, finding the original key in front of the first portal that gained them entrance. They had also found that the circle in the middle of the hall which had held the trap that caught Azsharastrasza, made from a similar stone as the portal, also had a hole in it that seemed made for the key. When they tried to fit it in, however, they found that the groves and etches along the side of the conical statuette did not line up and James, wise in the ways of locks, immediately recognised that a different “key” would fit this “lock”.

The heroes remembered that Azsharastrasza, while in the guise of lady Asha, had a key in her possession when they met her in Eastray. She had expressed concern for her brood, which the heroes had not found yet, so they reasoned that perhaps the key she had in Eastray fit in the lock they had found. Quentin went to investigate the body of Azsharastrasza and with some help found the key was underneath her corpse.

James cautioned against inserting another Lyrium crystal to power the key and inserting it in the lock. Quentin reminded Luca that Blackstar allowed him to search for any souls around them, and Luca found none he couldn’t account for.

Still, the heroes decided to move to the southern balcony and make themselves comfortable. They rested for a while and with the aid of a healer’s kite, which they had found in the southern chamber where the assassins had stayed, managed to heal some of their wounds.

During their rest, the conversation came up on what to do next, and how long it would take for them to return to Blackbough and report to the good sisters. At best they still had five days left before Dr. Arkenward, the royal abjurer who watched over the queen, would succumb to the curse he was trying to contain, and the heroes simply didn’t know whether they had the time.

Eventually, the heroes ended their rest and Luca conjured an eerie spectral hand which carefully guided the key, activated by another lyrium crystal, to the lock. Once the key slid into the lock the stone of in the centre of the hall began to shift with a shifting of dry stone as a mechanism was spurred into action. As the stone of the floor opened up like a diaphragm it revealed a shaft going even further underground. The floor opened up so much that the corpse of Azsharastrasza limply slid down the side and towards the bottom.

As it turned out, there was a long, winding staircase which spiralled along the side of the shaft to the bottom. The dragon’s plummeting body had caused a partial collapse of the staircase, but nothing that the heroes couldn’t navigate. 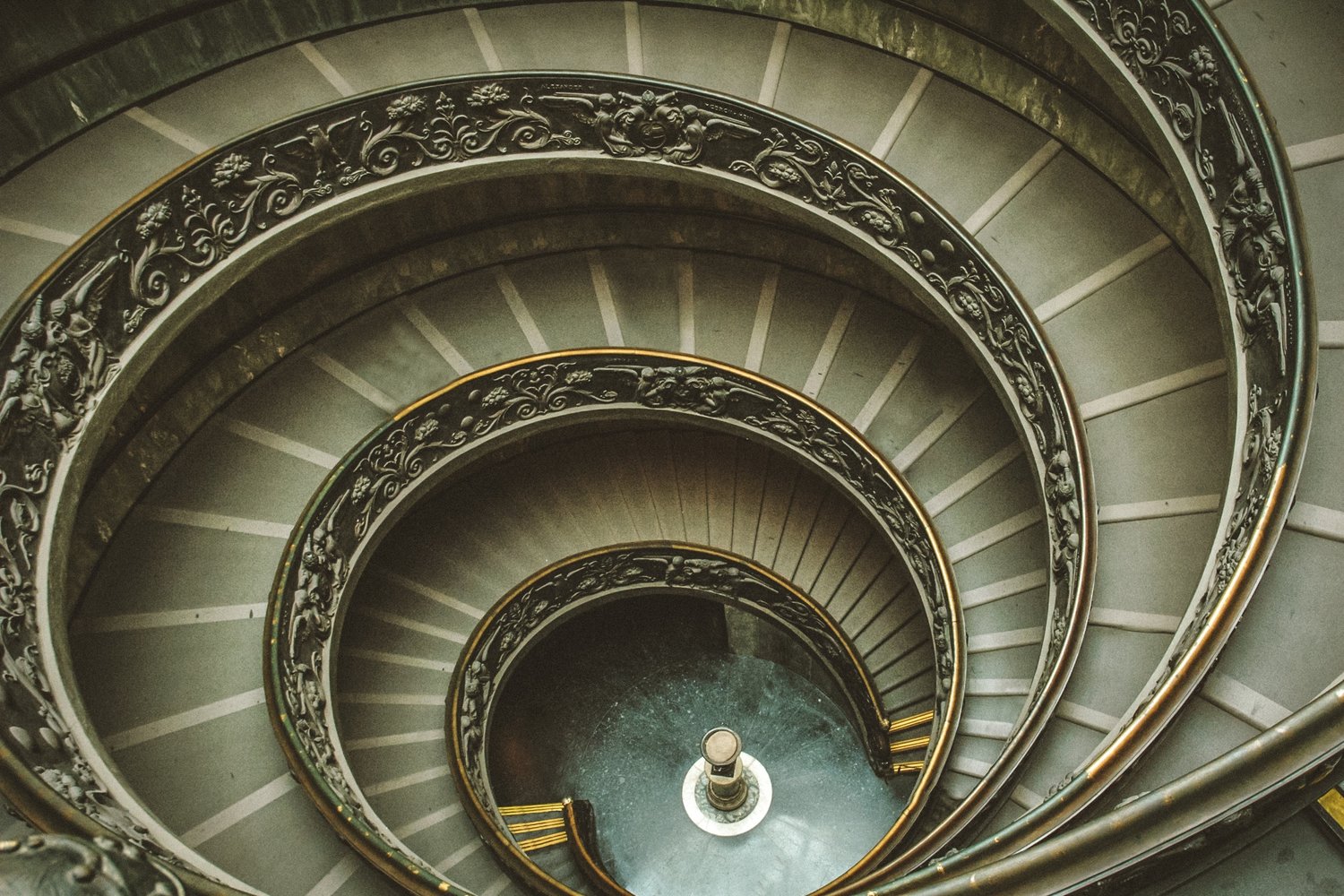 All along the side of the wall that the staircase ran along were built-in shelves of books and scrolls; most of which had decayed over time. James, who had been taking point, took a piece of chalk and marked the walls with a simple “x” every time he noticed a book had survived the passage of time. The heroes concluded that had the dragons not opened the vault for their own benefit the books would likely have survived the time of low magic.

At the bottom of the steps there hung a noxious vapour that was so deep that all of them would be submerged in it. Quentin carefully put his hooded lantern in it and saw the vapour extinguish the flame. Seven eggs of an enormous size stood, clustered together, at the centre of the shaft. The outside looked like they were made from overlapping, green scales. Azsharastrasza’s brood, nourished by the noxious vapour. 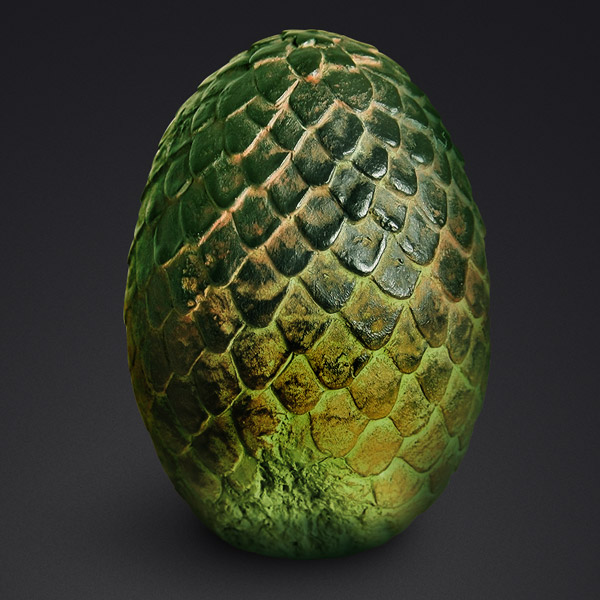 Surrounding the eggs were untold treasures the likes of which the heroes had never seen. Gold coins of different shapes, sizes, spilling out of chests, barrels and urns. Gemstones with colours matching every shade of the rainbow. Exquisite jewellery of the finest materials; necklaces, armbands, rings and tiaras. Too much for the group to carry.

There were statues and furniture and books and potions and armours and swords. As Luca gazed across the treasure hoard and made note of the different magical items, he marked each with a simple cantrip so that his companions would know what was magic and what was mundane.

But through the magical cacophony of the hoard, two circular, stone tablets, rimmed with a red-tinged metal and inscribed with primordial runes, stood out. Each was about one foot in diameter with a small circular hole in it, along the edge. The heroes judged each tablet to weigh about twenty pounds and reckoned they were two of the Tablets of the Elemental Eye, which were mentioned in Atilesceon’s journal pages.

Using Toruviel, Emrys cast a gust of wind to temporarily dissipate the noxious vapour, scattering coins and gems away from them. Each of the heroes ran in and grabbed the items that had caught their attention. They did this several times and liberated the following items:

And together, the heroes managed to pick up each of the magical potions which they could find among the hoard, on the off chance there would be any healing potions among them.

There were many other items of interest that the heroes had to ignore, like the statue of a winged warrior dressed in furs, which base read “Marduk”. Or the ten by fifteen foot oil on canvas painting of a large, noble family. Or the gilded, wooden throne with an archaic inscription that only Quentin, with the help of his sword, could read; “Whoever holds the Throne of Leshnica is anointed by Deus, the one true god, to rule over all the Plains of Selos.” Or the set of strange statuettes of animals. Or the astrolabe of different planes with a complex mechanism that moved them in and out of conjunction. And many, many more.