Previously, having saved the queen’s life, it was time for the heroes to attempt to revive their friend Astrid, who had died in the fight against Xamael. They turned to cardinal Roark, who stood at the head of the House of the Raven Queen. They had to plead for Astrid’s soul to return to her body, but with great effort and sacrifice Astrid was woken once again.

The heroes had returned to the Careless Wanderer, with a visible tired Astrid in tow. While the kitchen was not serving the same bountiful food as it had only rides before, Durham saw that the heroes were in need of the good stuff, and he decided to have a word with Ramsay to make sure that some proper food was going to be served up.

While the heroes waited, the conversation turned to Astrid’s lodgings and James offered up his room to her for the time being. Astrid took the key to James’ room and asked Durham to prepare a bath for her. Once the food was brought all began to eat. Astrid hardly said a word and just focussed on devouring as much of roasted the lamb shank she could. The rest ate and discussed their plans;

The heroes decided that it was important to find out more about Arkenward’s tablet, and they would need to find a way to safeguard the tablets they already had in their possession. James realised that now that he no longer have to carry around Astrid’s body, his bag of thievery would be empty enough to hold both the tablets. Emrys and Luca both realised that while the tablets would not be secured, they would certainly be obfuscated while in the bag.

There were other matters to attend to. The heroes had liberated a large cache of magical items from Kalauranthalasis’ lair which needed studying. They had been invited to visit the Courtenay manse in Ravensbourne. They needed new supplies. The heroes potentially wanted to look into the source of Dark Delirium. And while Wynn had been a fun distraction, the heroes started to realise that there might be some consequences to unleashing him on Kingsport.

James wanted to visit with the butcher for some house keeping, touching base with his guild leadership.

Luca wanted to learn some new spells and was going to barter at the Circle for them, and he wanted to transcribe and investigate some of the scrolls that Emrys had taken from the vault.

Quentin wanted to go past the Library of Ioun and potentially research the book of Celtician bloodlines he had taken from the ziggurat, while still having the ambition of reaping the rewards for saving the queen and liberating the rebel lords from the carceratum and leveraging that into getting an audience with the queen and her council. Not to mention that his lord father was riding for Kingsport.

And Emrys felt like Astrid was in need of some new armaments now that she had risen from the dead. He also wanted to speak to Le Papillon at the College of Bards, attempting to learn more about the legends behind Réonan.

Lauryn, who was on her way to do some of the inn’s laundry, came by the table to deliver the letter that lord Dorian had sent Quentin.

Your message left me perplexed. When I finally managed to get high lord Gauthier’s ear, he was left equally perplexed. We have done exactly as you suggested and the high lord has made some discrete inquiries. What he has shared with me has left me even more confused. We both agree that we should travel to the Lyrian capital and get some clarity, despite the rapidly changing weather. We expect to arrive midway through the second ride of Autumn Twilight.

Quentin was very troubled since he had no recollection of ever sending a message to his father. This in turn sparked a conversation with Emrys, who had accompanied Quentin to the rookery in order to send the letter. After some deliberation about this, the conclusion was drawn that Quentin’s sacrifice to the Good Sisters must have been the memory of whatever the handkerchief which had been associated to the contents of the letter, though Quentin himself found that very difficult to accept and said that Emrys must have been mistaken.

All the while, Astrid had been eating, like a woman whose soul purpose was to get through the shank, while waiting for her bath to be drawn.

While James suggested to Quentin to use some subterfuge once his lord father arrived in order to have his father reveal what he may have written in the letter to him, Emrys suggested visiting the rookery where they sent the letters from so that they could confirm that Quentin did indeed send the letters, hopefully sparking something in his memory.

As the plans were made to go to the rookery, Quentin became quite despondent and down. James reminded him that he was a knight and that he should approach all hardship as any other battle; to be fought and conquered. While the battle was different than the one he’s fought before, Quentin needed to master this, just like he mastered attacking, feigning and riposting.

Before departure, Emrys checked on Astrid, who was soaking in a hot tub in the basement of the Careless Wanderer, vast asleep.

The heroes climbed Quayhill, heading towards the Bastion of Illumination, the enormous light house which loomed high over the city and was part of the city’s ramparts. In its shadow was the manse that housed Fast Feathers Rookery. With some inquiries the heroes found the original scribe, the proprietor of the operations at the rookery; Toruviel Fast Feathers. He recalled that Quentin had sent a message to lord Dorian and lady Gwenaëlle, which shocked Quentin as well. While the heroes were talking about lord Dorian and high lord Gauthier making their way to Kingsport, Toruviel shared that he had seen a dispatch which suggested that king Covis, the current ruler of Beauclair had been threatened by the last survivor of a legendary house; house La Valette.

Before the heroes said goodbye to Toruviel and left the rookery, the scribe asked whether he was allowed to see Emrys’ blade once again; obviously holding enormous significance beyond sharing his name with the blade.

As the heroes made their way back to the Careless Wanderer through the rough weather they learned a few things about Quentin. First, Quentin thought his father not to be a particularly good man; one who would do anything to get ahead.

Róisín came up in conversation. Once named Fleur, the ancestral blade of house Lys, it was evident to Luca that the high lord might be travelling to Kingsport to retrieve the blade. Quentin said that the blade was no longer Fleur and that there was a duality in the blade as it had absorbed Ser Estienne’s spirit into it.

While Emrys and James paid a visit to the Circle and spoke to Olafur to find out where Dr. Arkenward was and learned that he was living in a small manse in the old town ward with his aen adhar wife Vydia, Luca and Quentin went directly back to the Careless Wanderer. Luca attempted to use some of his newfound radiant powers to try and dispel the forgetfulness that the Good Sisters had left Quentin with. It failed and Blackstar mocked Luca’s attempt to go undo the old magicks of the hags. Quentin wondered whether the ghost orchids could be used to heal him, a notion that Luca believed the hags would never have allowed.

Later, Luca spend some time to use his magic to divine the nature of the different magical items they had collected over the last couple of months. He found a multitude of curious objects, armours and weapons, as well as a few curious books and potions. One item in particular was hard to divine the nature of; the whip carried by Xamael, who turned out to have much in common with the other Arms of the Senhadrim. It housed a sentient spirit and was very formidable indeed. 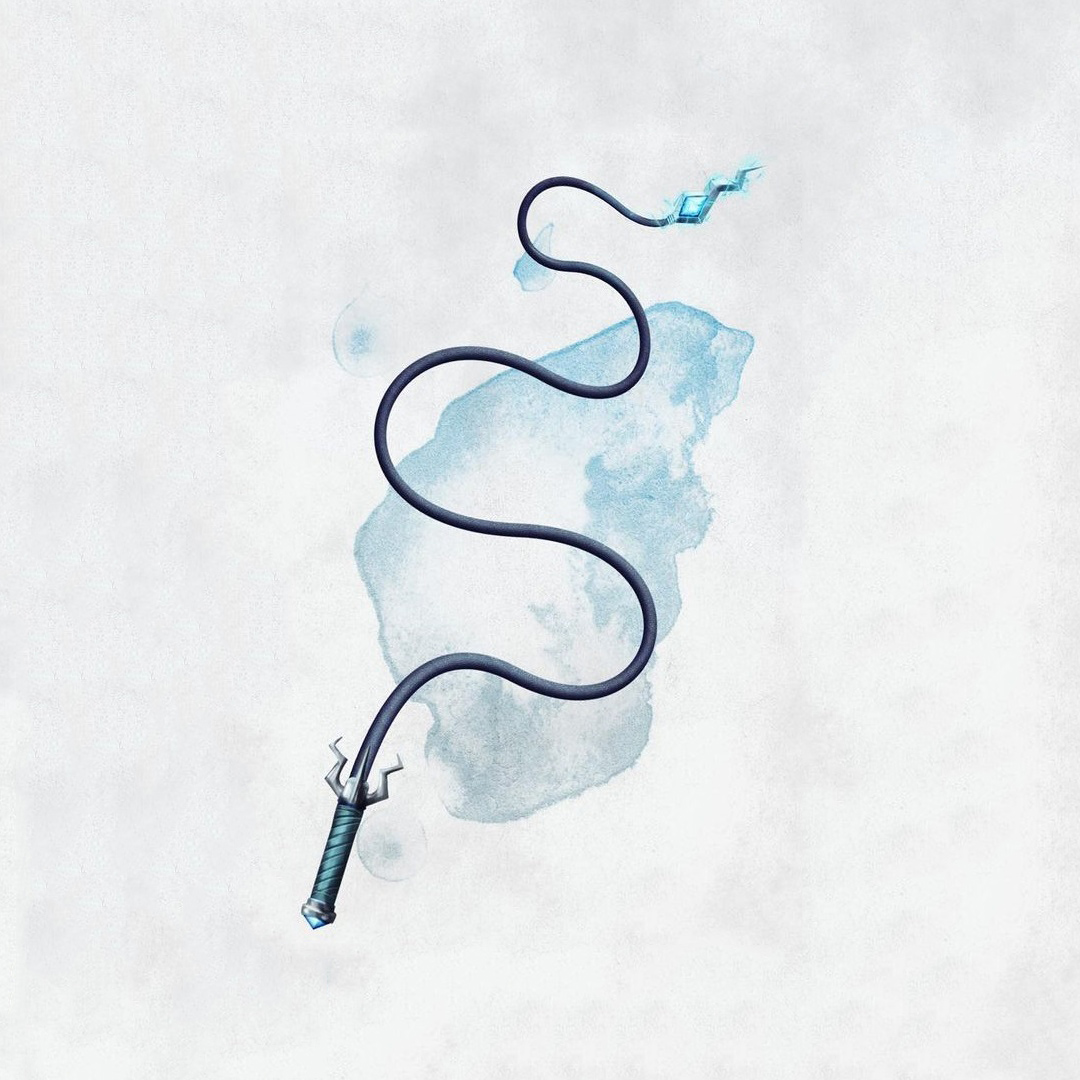