Previously, the heroes had found their way to Dr. Arkenward’s house in the Old Town ward of Kingsport and spoke to Vydia, his wife. She revealed that she had met her husband while they were studying. She was a talent diviner, specialising in oracular precognition and revealed that she was born into the same tribe of elves as Emrys, the aen adhar, and was in fact the daughter of Voriel, the mentor that Emrys had vanished. Vydia had also been assaulted by intruders, who had disappeared into a secret, extra-dimensional space accessible only through Arkenward’s study. The heroes quickly followed into the portal, which promptly collapsed when Emrys jumped through it.

On the other side of the portal the heroes found a corridor that sloped upward and resulting a doorway to a room which was lit up. All of them needed to gather their senses somewhat, especially Emrys, who was upset at Vydia for revealing that her father was his former mentor just as he entered through the portal. Luca tried to engage Emrys on the subject by asking him what he thought it meant that in Vydia’s vision her father was screaming Emrys’ name. Emrys could not explain that.

James started to explore the corridor and found it to be made of the same kind of masonry that he’d seen in the ancient waterways underneath Kingsport. As he crept close to the exit of the corridor, he could see more of the room beyond; a high ceilinged room with chandeliers along the top which lit the room. Two platforms stood on either side of the room, each with a strange statue with an orb embedded in it; one orb was red, another was blue. On the far side wall, directly opposite to the doorway he was standing in, James noticed a large stone gate. On each side of the gate were alcoves all along the wall, each with a statue of a winged warrior in it.

Just off the centre of the room stood a large statue made entirely of stone, in the shape of a humanoid, with a strange clear crystal embedded in its chest. Another statue had collapsed into a pile of rubble close by. The two statues reminded James of the guardian he had seen in the Crimson Tower and he decided that the two arcanists in the group were better suited to determine the next course of action. Luca moved into the room and up one of the platforms to get a better look at the pillar and the orb on top of it. 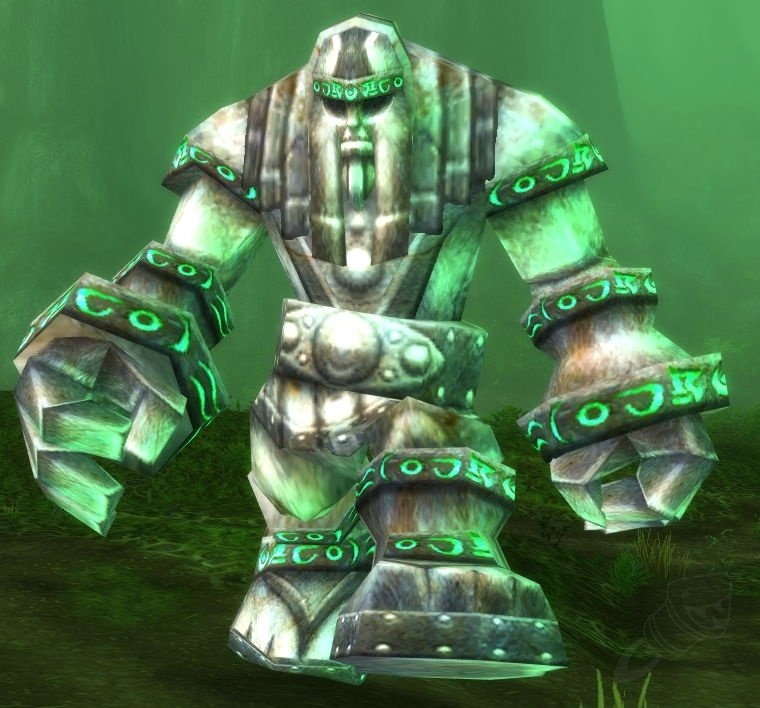 In the meantime, Quentin carefully moved into the room, inspected the stone statue as he passed it and he got a distinct sense of anxiety at the thought of the enormous statue coming to life. Quentin noticed a body, behind the statue, at the base of the platform that Luca was standing on. He called everyone attention to it, and quickly it was determined that this was the man who had threatened Vydia. Searching his body, the heroes found that possessed thieves’ tools as well as the tools of a forger.

Emrys anticipated that something was going to happen and he used his arcane abilities to allow himself to fly. As the rush of magic coursed through his body he felt it well up and he could scarcely control it. In a flash, Emrys appeared to be flanked by two radiant figures; one was clearly Lauriel Skycaller, also known as Moonwhisper; the other was a pale and slender elven woman, with long, white hair, alabaster skin, wearing a deep midnight blue robes. Her eyes were like deep pools. Neither of them spoke, but they hovered on either side of Emrys. When the initial shock of their appearance wore off Luca used Blackstar to detect souls, but could not find any besides the ones of his companions.

Quentin investigates the statues in the alcoves on the far wall and saw that they were celestial warriors, each with a set of feathery wings that reminded him of some of the magical armour he recently found. When he went to inspect what Luca was doing he noticed that the statuettes that were holding the orbs were also winged and it was James he noticed that there were designated places on the wings where one could place their hands.

Luca had performed a ritual that allowed him to sense magical auras and based on his analysis he decided to place his hands on the wings of the orb. Immediately the statue came alive and threatened the heroes. Luca felt a contest of willpower emanating from the orb and let go of it to engaged the golem. A the same time on the closed gate one of two crystals started to glow with a red glow. Like the guardian at the top of the Crimson Tower, the golem possessed a ferocious power and the crystal embedded on its chest occasionally flashed an angry red or blue before erupting in a flash of force or electricity damage. The golem was seemingly also capable of charging itself with green light and using the magic inside of it to repair itself. Regardless, the four heroes were able to damage the golem enough to break and become dormant once again.

The heroes were still stuck in the room, now with two damaged and powered down golems and a dead body, and none the wiser on how to open the gate and continue on to find the tablet.