Previously, the heroes were determined to find Hamish Black, an apprentice at the Circle of Magi and friend of Luca, whom the heroes suspected of being the source of the dark delirium which was quickly gaining popularity in Kingsport. Their search lead them to a szygani camp outside of Kingsport and the centre of power of the notorious Ravnos family. Vadoma was staying at the camp, and as a token of her gratitude she brokered a conversation between the heroes and Ionuţ Ravnos, the defacto head of the Ravnos family.

It was a cold and wet afternoon outside of Belstone Corner, the small village a little ways outside of Kingsport where the szygani made their camp in the treeline of a small stretch of woods.

Luca and Ionuţ took a walk while followed at a short distance by Astrid and Vadoma. Ionuţ explained that he was willing to help find Hamish, but in order to be effective he would need some personal items from Hamish in order to speed up the process. The szygani had narrowed his location down to the locked down ward of Grimsdown, and Ionuţ could add that he was likely being moved through the waterways below the streets; territory held by the Steady Hand.

The heroes said goodbye to the szygani and headed back to Kingsport in order to make it beyond the ramparts and inside the city before the curfew went into effect and the city would lock its gates. During the walk back the heroes discussed the concern of going into Grimsdown and Steady Hand controlled territory and James being recognised. James thought it was a risk that was necessary to take because without him he believed the heroes would likely not make it out of the ward.

There were some fundamental questions about why the ward was in lockdown and Astrid could offer that she had heard rumours of plaguemaidens being sighted in the ward. James wondered aloud why there would be plaguemaidens remaining in the ward seeing as how they were attracted to queen’s curse, which the heroes had lifted.

In order to validate the situation inside the ward, James suggested he would go out for the evening and scout the ward from the air and looking at it from the top of the ramparts that overlooked the wards, for which he needed Emrys’ help. The heroes remembered the plaguemaiden they fought in the alchemist’s shop in Bournemouth, and that she had an eerie glow that should be easily visible from the air should any plaguemaidens be roaming the streets of Grimsdown.

The heroes arrived back in Kingsport just before the gates were closed for the night and they decided to skip going to see Vydia and go straight to the wanderer. There they spent some time having supper, talking and listening in on some of the conversations going on around them. There was a persistent rumour that the queen was going to take her new army and march on Farcorner.

Some merchants speculated that they could make a quick bit of coin if they could do one more run to Càrceres and purchase food. An army tended to require a lot of food and since they were passing by Fairfields it would mean their grain stores would deplete significantly.

People were much happier now that the queen had survived her ordeal and the belief was that she would lead Lyria to better times, despite the disappearance of princess Mildred and her husband, the lord steward.

James and Emrys went to get ready; dressing warmly and preparing for their scouting mission over Grimsdown. They left from the balcony of his room. Emrys enchanted the both of them with the ability to fly and quickly they rose up in the cold, rainy air. They had noticed the lady commander flying atop Frostfeather high above the city and so decided to stay low by the rooftops in order to avoid detection. The rain in people’s faces would mean people were unlikely to look up at the sky, so they felt safe.

They landed on the rooftop of the library of Ioun in the Ravensbourne ward, holding on to Ioun’s eye that was raised atop roof of the highest point. They observed Grimsdown for a while until they were confident they could move in closer and take up position on the roof of the tallest building, which was conveniently located in the centre of Grimsdown, along one of the larger streets which allowed access to North street which divided Grimsdown from Sevenoaks. That, according to James, was the easiest way in and out of Grimsdown, should the other heroes need to sneak their way in.

From their vantage point, Emrys and James were on the lookout for lights, congregations of people, possible hideouts and plaguemaidens. They saw few lights, almost no signs of people, and none of the plaguemaidens and it became clear that perhaps the latter was a rumour which was kept alive for nefarious reasons. There were three areas in Grimsdown that were suspiciously devoid of activity and James believed that this might be the areas of the highest Steady Hand concentration. Regardless, all around the ward there were signs of ransacking and all exits were barricaded by the crownsguard and custodians. 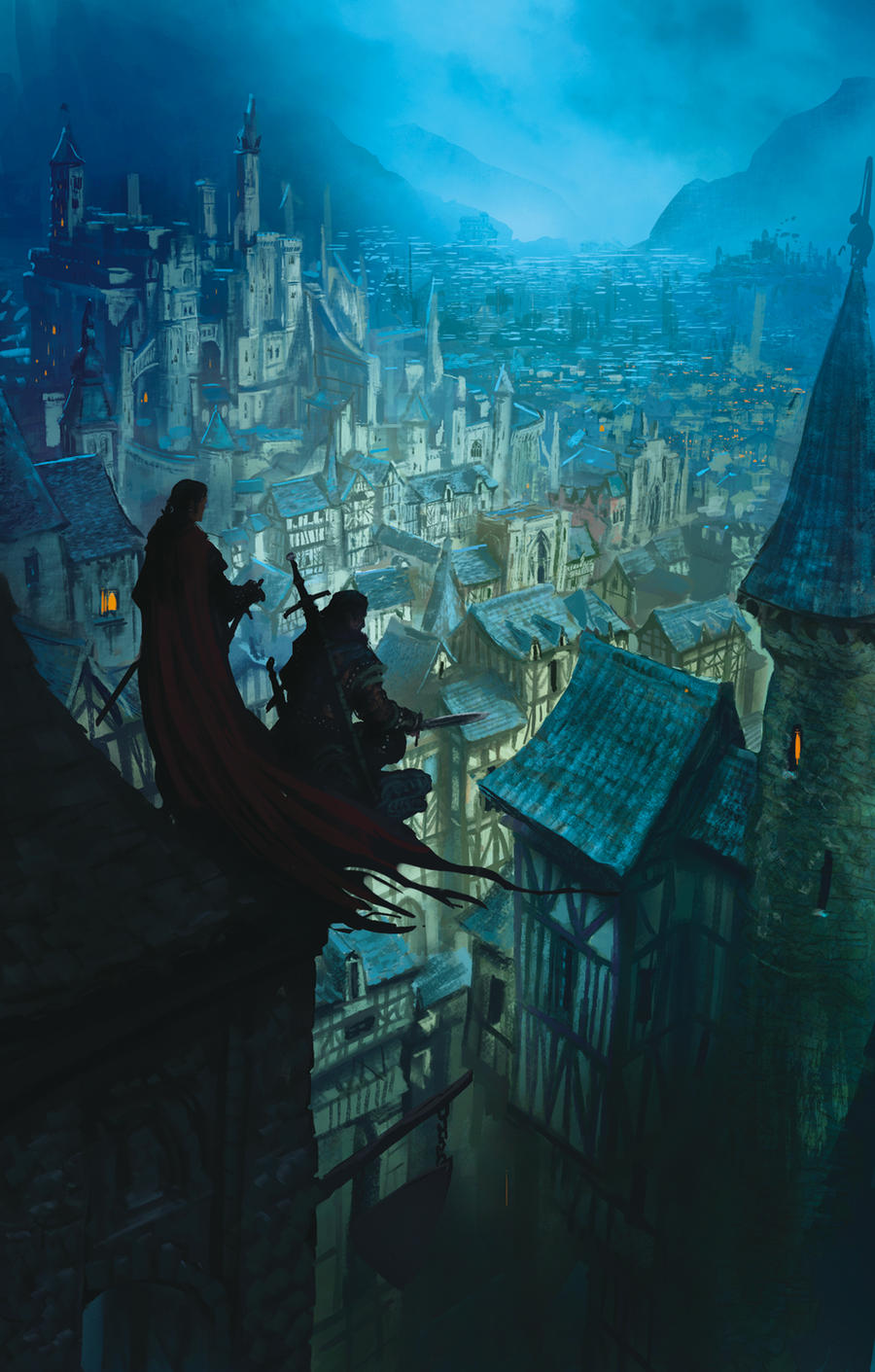 While James and Emrys were atop the buildings in Ravensbourne and Grimsdown, in the cold rain, Luca and Quentin were warm and dry, and enjoying some wine with Astrid and Druham, though it came at a steep price; apparently the lack of goods coming into the city had also affected the cost of the wine. Even though he knew what the answer was going to be, Luca asked Durham to check with the kitchen to see whether there was any charcoal left, but found that Ramsay had been cooking on logs rather than charcoal.

Eventually Quentin retired to his room and decided to pray to the Raven Queen for the safe return of his friends and companions. Luca and Astrid sat with Durham into the wee hours of the night until James and Emrys safely returned, landing back on the balcony outside of Emrys’ room and walking down into a quiet tavern room for a last drink.