“I find my atheism is becoming more marked with each passing year. I once prided myself on a relaxed and respectful attitude to other people’s beliefs, but I’m finding it harder to keep that up. I might find myself taking a tougher line with people about certain beliefs that are so painfully nonsensical. Because nonsense is not endearing or eccentric anymore – it’s causing death, destruction, and endless torment for millions of people around the world.”
– Hugh Laurie

I’m getting tired of people suggesting that atheism is a belief in the same way that faith is a belief. Atheism isn’t a belief, it’s an absence of belief. The word “atheism” shouldn’t even exist, just in the same way that no word exists for “not a fireman”. Or “not a believer in astrology”. Religious normativity has labeled atheists as believers because they idea of not believing is so far removed from the norm that it’s considered impossible. Atheism isn’t a thing, and labeling yourself  as one opens you up to that type of false criticism. 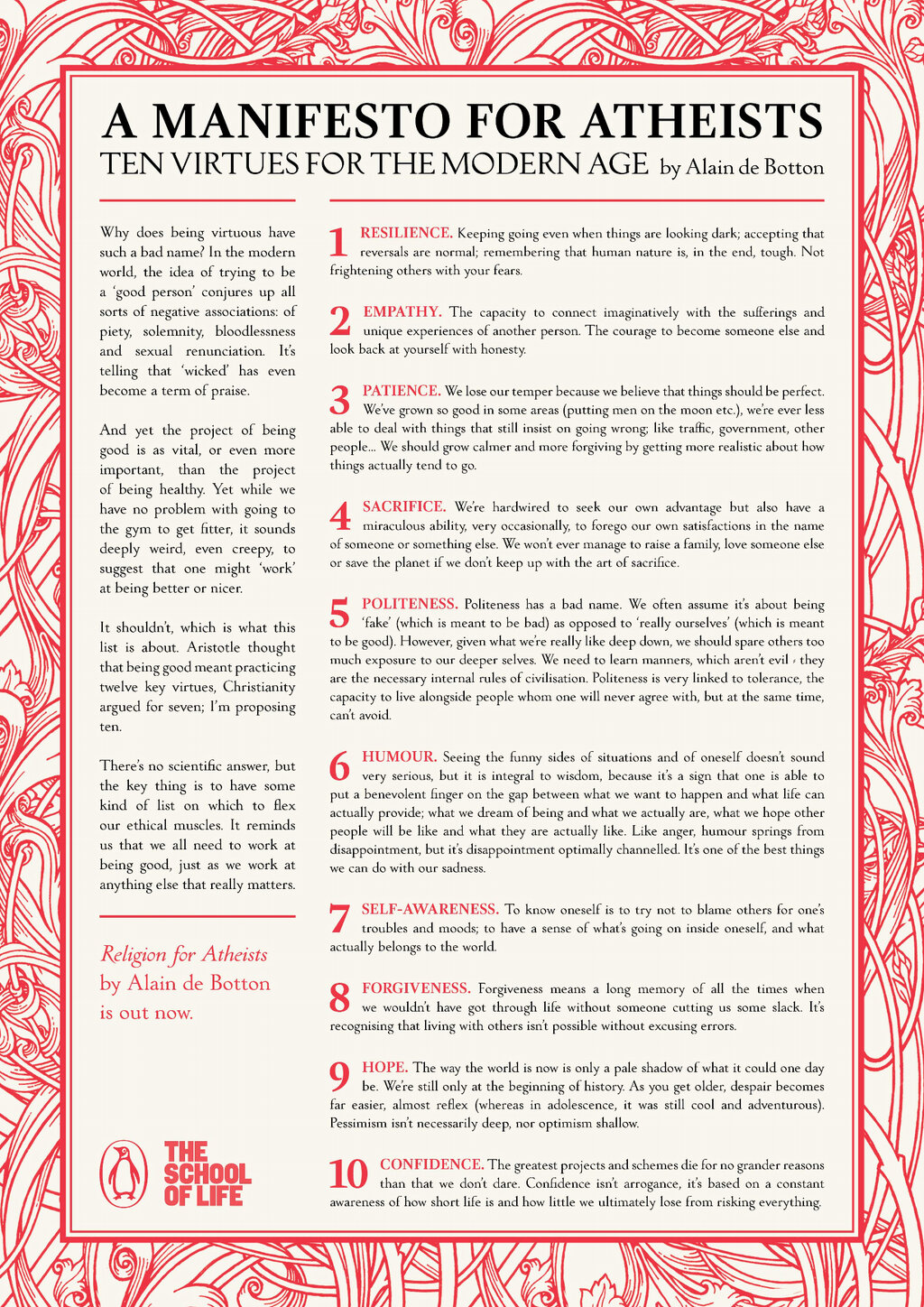 In relation to my last post where I talked about the persecution of atheists in the United States, here is a rather comical continuation of that story, coming from this year’s Comicon. A photo taken and shared on Instagram by Norman Reedus, who famously translates the role of Daryl on The Walking Dead. It shows a group of zealotrous christians deciding that everyone should be reminded that their way of life is the only true way of life. While that in itself is a rather sad situation, the two photo-bombers with their “Fear ZOD” and “Galactus is NIGH” signs are fucking priceless. Enjoy Internet infamy, boys. :) 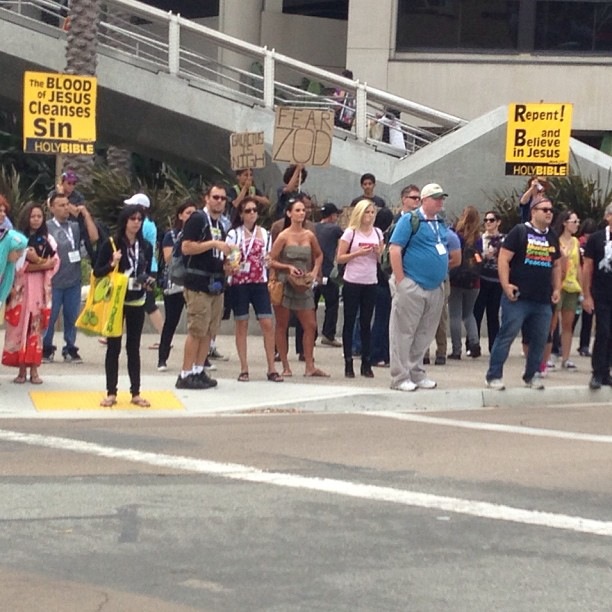 Christians protesting at Comicon and two brilliant photo bombers right in the middle of them.

Last night, I went to have a drink with two of my colleagues and my brother. Later, we met up with Ian. This morning, I woke up with a bit of regret, having had a wee bit too much to drink. As a result, my plans to go running this morning went down the drain, and instead, I spent about two hours outside, chatting with Ivo, drinking tea. I did some groceries, bought a trash bin and played some Borderlands 2. Ate some pizza and drank some coke. While this day has been anything but constructive, it was very relaxing. I think I’m going to lay around watching some series, or waste time on YouTube like I did earlier, when I came across this infuriating video called Anything but an Atheist, about how atheism is ridiculed and atheists are sometimes persecuted in the United States. Honestly, sometimes it seems as if that country is moving in the complete opposite direction than the rest of the western countries.

(Actually, I dislike the term atheist. I don’t understand why there should be a word describing someone who doesn’t believe in a divine creator. It’s as if we’d have a word to describe anyone who’s not a fire fighter.)