And I need you to recover, because I can’t do it on my own. 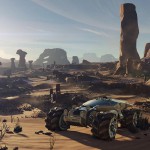 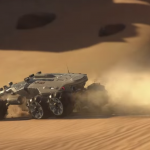 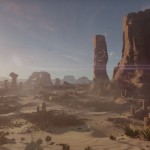 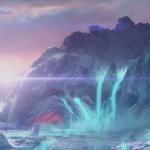 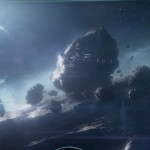 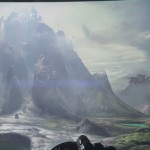 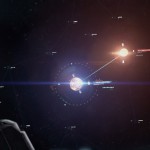 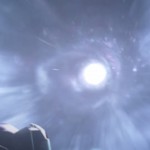 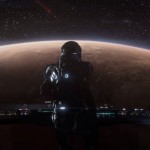 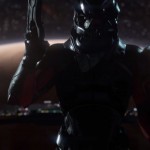 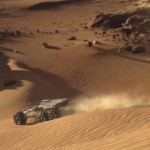 And I need you to recover, ’cause I can’t make it on my own.

Mass Effect is probably the best series of games I’ve ever played. It’s story and depth are incredible and it has the most amazing way of drawing you in. Well, me at least.

It’s been a while since the last game was released, and slowly it’s been dropping off the media’s radar. Occasionally, there will be an update or rumour on a future game, or another random tidbit of information about the universe or some of the related products, which I then lap up like a junkie looking for his next fix. 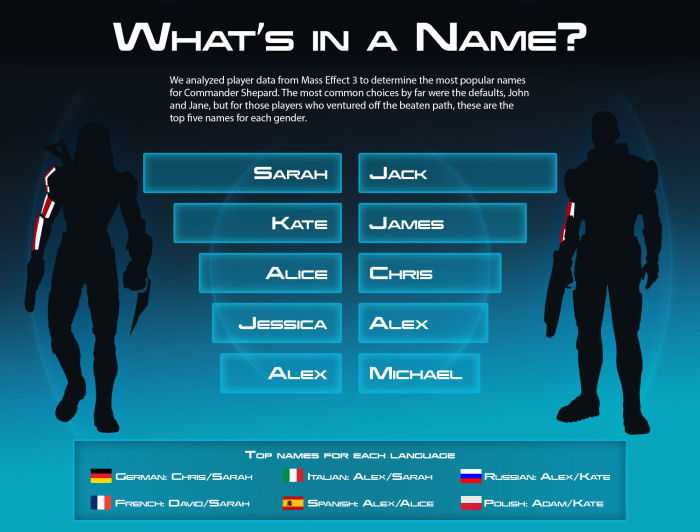 So it turns out, when people decide to deviate from the standard John/Jane name, they either choose Sarah or Jack. The entire list is rather boring, with the possible exception of “Alex” appearing in both the male and female top five.

Now comes the real meat of the released statistics: 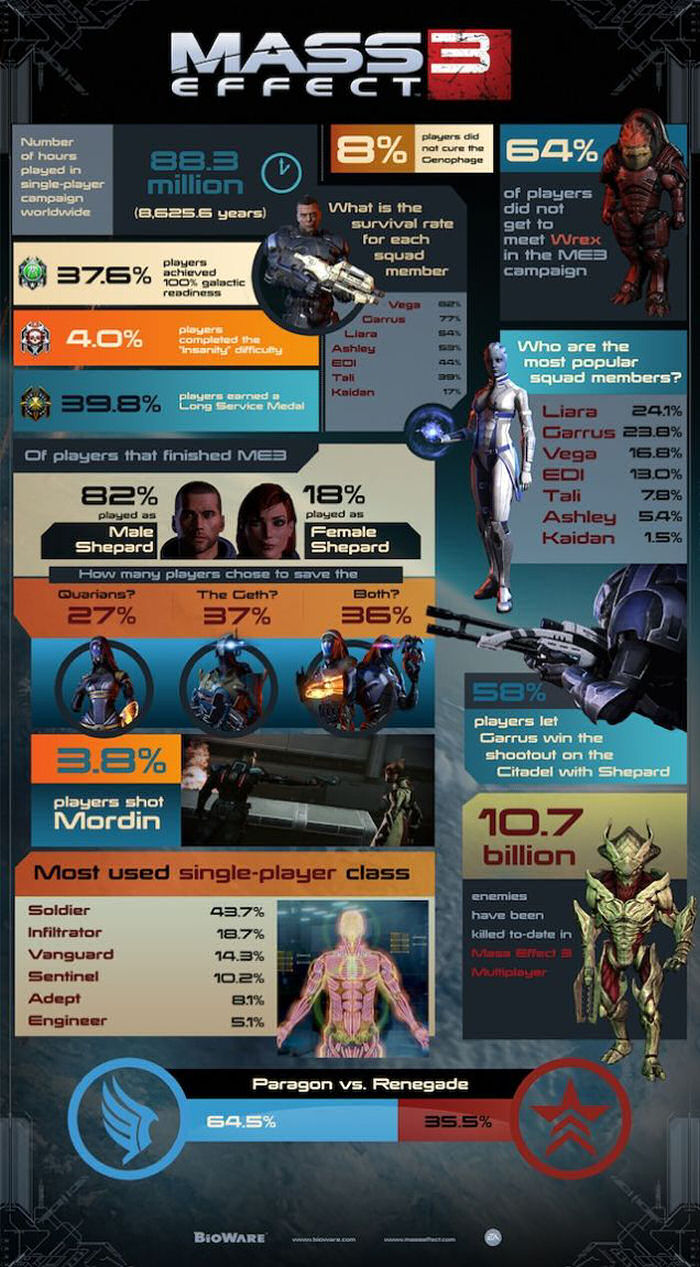 Some of the statistics aren’t too interesting or surprising, like the amount of male vs female Shepards (disappointing number of female Shepards, even though apparently the voice acting for FemShep is much more compelling), or the amount of enemies killed to date, or even that most people play a paragon instead of a renegade Shepard, or that most people decided to play a soldier and that not many were pulled towards playing an engineer.

But what is interest, is that 3.8% of the players had the fucking gall to shoot Mordin and that 92% decided to cure the Krogan genophage. I was also surprised to say that Vega and Ashley/Kaidan were so unpopular as squad mates. Also, who are these heartless cunts that don’t let Garrus win the shootout?! :)

God, these games are so good.