As we’re rolling into March I find that I’m further settling into my work rather well. It’s been a good few months for my professional self esteem because the change of scenery has allowed me to realise what it is that I can offer to a company, how fast I pick things up and make it my own, and how well I can be up and running and contributing. I’m learning a lot, which is very nice.

Having said that, things have not been without its struggles. My biggest support at work recently departed the company, which is a real shame, since I think they had a lot to offer, professionally but also as a friend and I fear that we’ll lose touch. The company is also quite a bit bigger and quite a bit more political. The culture is different, too, which I have to get used to.

I do miss Amsterdam a little bit, or rather, the life that I had there. The contrast between the workweek and the weekend is much less extreme here, and I’ve found that I miss that. Work days are quiet and comfortable, and weekend days are usually quite similar. I don’t have that many friends yet here, and those people that I’m friendly with are considerably more settled down than my friends in Amsterdam.

But, flying back once a month for a weekend of fun has been going well. I’ve agreed with my work that I can depart midway on Friday to go to the airport, giving me another evening to go and see people and act like a moron, without jeopardising my ability to have a fun D&D session on Sunday.

My relationship with Joasia has flourished, I think. Initially, being apart as much as we were helped make it really special when we saw each other again. But now, I feel like we’re both at an age where it’s just really nice to be able to rely on each other’s presence. Perhaps even learn how to take each other’s presence for granted just the tiniest bit.

The only thing that’s still not well for me is my lower back. It’s gotten considerably worse after coming back from Brazil, at a time I was hoping that the extended break would get rid of the tension in my back, but going back to work has made it worse, not better. The last week or so things have been a little better. I’ve stopped going to BJJ and I haven’t been running, trying to give my back a break. It’s making me anxious, though. I’m trying to watch my diet a bit so that I don’t get too heavy in the meantime. It’s been three weeks since I went training and hopefully it won’t be much longer. 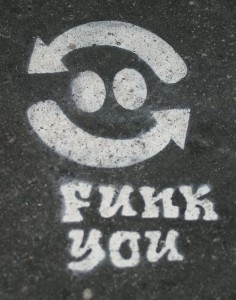 It’s becoming harder and harder to deny to myself that I’ve been in a bit of a funk lately. For the last few weeks now I’ve felt lethargic, lacking in energy and motivation, which hasn’t done me any favours in terms of work, training or Corrosion. Also, I’ve been foolish with the amount of sleep that I’ve been getting, but when I do get enough sleep, I never really feel rested when I wake up. As everyone knows, I’m a big proponent of snow. It started when the snow went away. I’m not sure if there’s a correlation, but there you go.

As a result, I’ve been struggling through my work days, doing things with little motivation, which makes everything take about ten times longer. Work also threw me a curve ball a couple of weeks ago. (Around the same time the snow went away, incidentally. Hmmm.) Right at the start of our bi-monthly release cycle we had a server migration; three or four different servers were going to be rolled up into one, big, power-server. Unfortunately, as my boss is wont to do, he didn’t think it’d be the big train wreck that it turned out to be and assigned me to take care of many of the problems that resulted from the migration. The Law of Escalation Misery also caused all kinds of unexpected related things to snowball into oblivion, so I’ve spent about three or four weeks out of the eight week development cycle trying to take care of these problems, going back to network- and system-admin work that I’ve been trying so hard to put behind me.

Corrosion has suffered because of a general lack of oomph. I’ve been doing little things, here and there, bug fixes, small changes and additions (like the chat system, for instance) but nothing significant and nothing that I’m particularly proud of. Hopefully that will change again because there’s still a ton of things to do, like expanding the magic system, implementing lifestyles (started on that), crews, Matrix, Astral, new missions, finishing The Arena, etc.

I’m also starting to miss Eva more and more. Even though we keep up pretty good contact over e-mail, ping and we Skype once every week or two, I still feel a gap in my social life with her gone. The same goes for Sam; we’ve had ups and downs in our friendship, but before she left things were finally looking up and we were hanging out a lot. Moulsari’s got less time for me because of her blossoming social life, which is something I’m very proud of her for — that and much more — but it leaves me in the cold a little bit, unless it is to be her punching bag when things aren’t going her way, an ungrateful and dissatisfying job, to say the least, but one someone has to fulfill.

Waah waah waah. I guess life throws you a curve ball every once in a while and it’s all about how you respond to it. Well, it’s looking more and more like spring is coming soon, and even though I don’t have my favourite terras friend in the country, life can’t be all bad. :)