The last week has been an interesting one. I’ve found myself in the middle of my office moving to a new location and as a result of that there’s been a lot of heavy lifting and a lot of arranging. We didn’t move that far from where we were, but the office is so different that we might as well have moved to Mars. Our previous office was comprised of the two top floors on the Brouwersgracht, arguably the most beautiful canal in Amsterdam. The neighbourhood is quiet, rustic and peaceful and it really was a joy to get to work, especially in the spring. (Or the winter, the canal looked particularly pretty with a bit of snow.) The two floors were low ceilinged, small and homey. Our new office is high, open, large and very light. We’re stuck between a busy road and the Ij, a huge ship-faring canal and we look out over teh Amsterdam industrial harbour.

I made a little video to introduce our new office and some of its dwellers.

Today some art was delivered and put on the walls, massive 2 by 2 meter canvasses of, among other things, the Diesel 5th avenue store in NYC and their famous “Be Stupid” slogan. Also, we’re getting a new conference room table today, which also isn’t seen the video above. Anyway, it’s starting to look like a real office now. 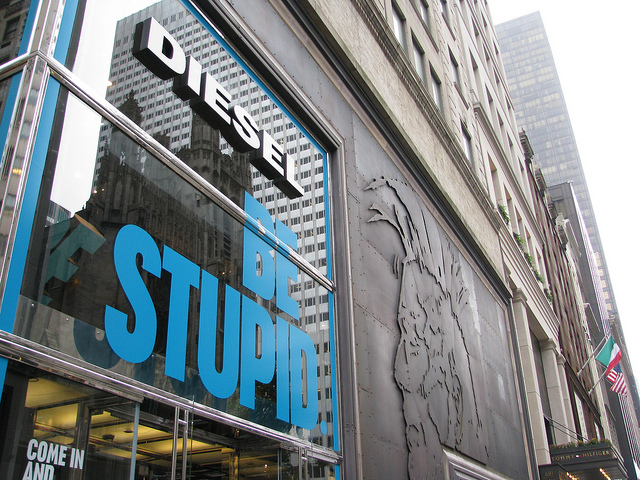 A result of all that and more resulted in a chilled out weekend spent together with my brother, coding and working on Corrosion and his school project. I got a lot of sleep as a result and I’m feeling awfully chirpy today. I even decided to borrow a bicycle to go to work and see how that ride would be. The ride went well, and I might do that more often, especially now that it’s becoming rather nice weather.