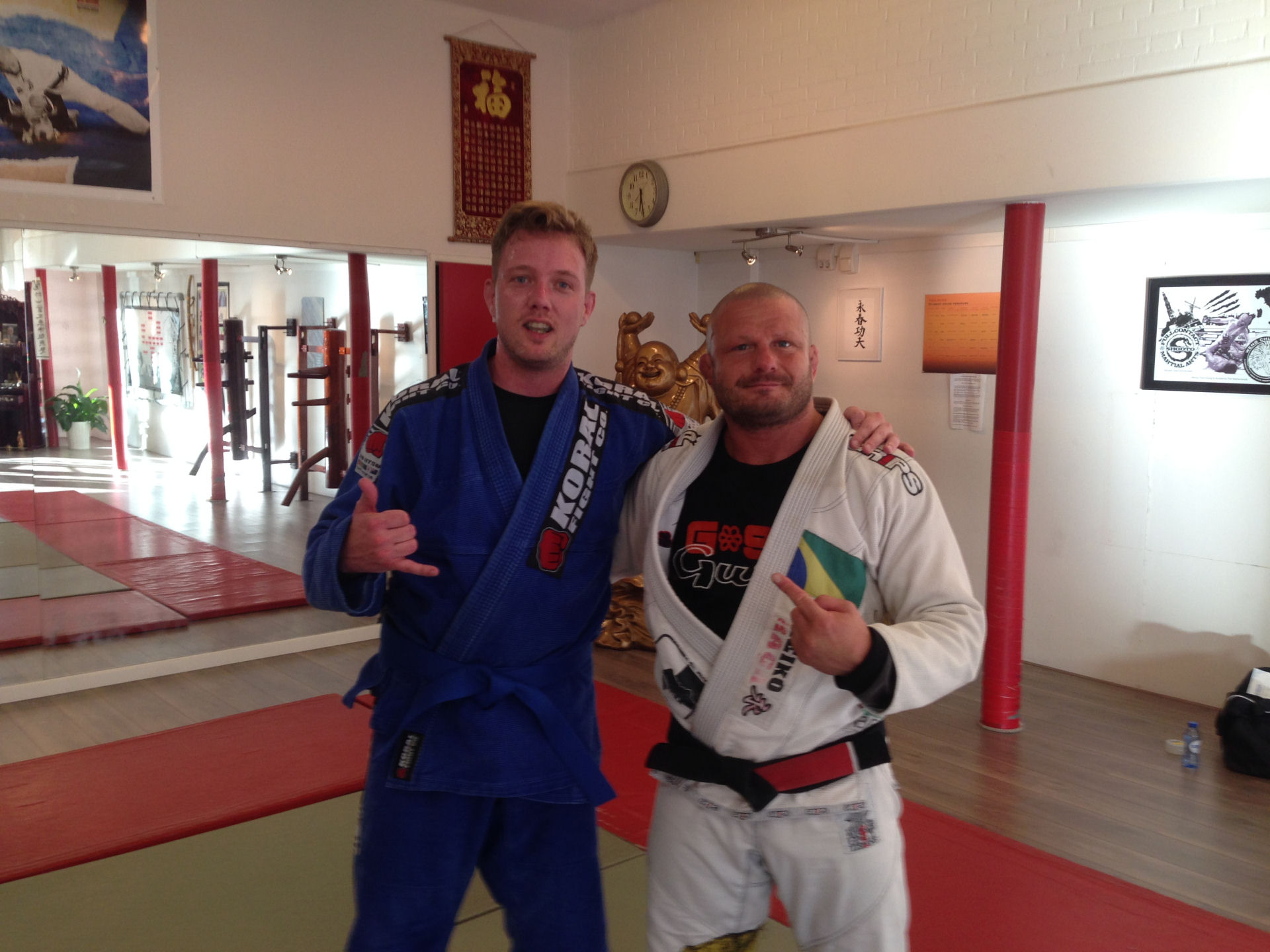 I started doing no-gi BJJ in 2008. After about eight months I transitioned to MMA, but I always liked the ground game better. Late 2010 I finally bought a gi. It took me a while to actually start training with the gi, but finally transitioned away from MMA in mid-2011.