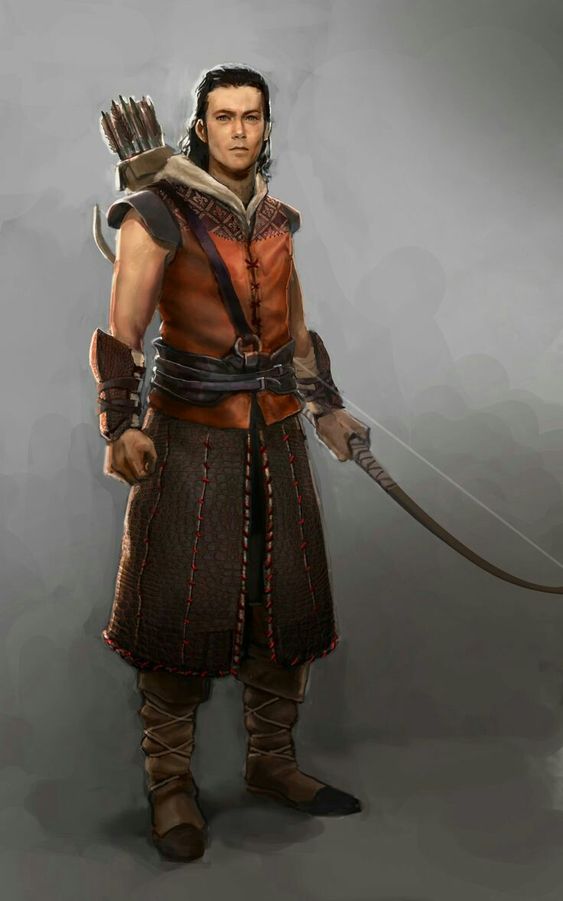 Garrick the Heartseeker was a marksman in the employ of House Grey when he was ordered to the Plains of Strife to fight against an ever encroaching force of Daerlan invaders. It turned out that the invaders were none other than the 8th Daerlan brigade; twelve hundred of Daerlan’s finest soldiers. When the Lyrian forces of House Grey and the 8th Daerlan brigade fell upon one another, the Lyrians were quickly put on their back foot. Their flank was being attacked by Daerlan arbalists, whose fire power quickly decimated the Lyrian lightly armoured pikemen. The Lyrian marksmen, under Garrick’s command, quickly taught the Daerlan a lesson in firing ranges; the Daerlan crossbows carried the heavier punch, but the Lyrian bow had the range. Garrick earned his nickname that day and was celebrated for his bravery and performance under pressure.

When he returned home, his wife and young children welcomed him with open arms, having heard about his exploits. It turned out that news of his deeds had been spread by several travelling minstrels. Quickly he became the talk of Ashenvale, and he was invited to participate in the archery competition that accompanied a tournament being held in Kingsport. Against some of the best marksmen in the Verdant Kingdoms he managed to prevail and win the competition. This cemented him as a legend and a folk hero. He ended up staying in Kingsport to teach archery lessons to young nobles, and he ended up opening up a small shop together with his family, who had all moved to Kingsport too.

Now his shop and home sit just outside of the Eastern Gate, with plenty of targets set up against the walls of the walls. He is a familiar and much loved individual who has converted his once brittle folk hero status into thriving business. Quality bows of different sizes and compositions, different types of strings, as well as differing types of arrows, arrowheads and fletchings are on offer.