Previously, the heroes made their way down the river from Blackbough in search of Xamael the Defiler’s location deep in the heart of Eastmarsh. They met a friendly Acadian family who told them a little about their destination, a location known as Wyrmblood Lake. The Acadians also shared that they had brought other visitors of lord Oswin downriver to the same destination several months before; Fedor and his retinue, which included a haughty woman going by the name of lady Mildred.

Eventually the heroes said goodbye to the Acadians and headed north into the Eastmarsh heartland, pushing ever closer to Wyrmblood Lake. That night, while they had made camp and James was keeping watch, a band of quicklings attempted to rob the heroes while they slept, making off with one of Emrys’ precious artifacts; the bone flute which played a haunting tune. Luckily they managed to capture one of the quicklings, who had made his way into James’ bag and had drank himself into a stupor.

Having recovered a bit from the attack of the quicklings, the heroes turned to their unconscious captive. James quickly bound both his hands and feet. He appeared to be just under two foot tall, with a lithe and slender build, dark blue skin and long white hair. He wore a finely threaded, green doublet, embroidered with gold thread and matching trousers and shoes. He carried on him a sword the size of a small dagger.

When the quickling regained consciousness, the heroes learned that his name was Wynn and that he served the “King of Swamp and Darkness”, a title that belonged to Kalauranthalasis, a “forest dragon”, also known as the “Noxious One” and the “Serpent Sting.” Xamael had enslaved him and used the dragon to command the large number of lizardfolk in the area to do his bidding. The lizardfolk worshiped Kalauranthalasis as a god and Xamael exploited that fact. The quicklings were the dragon’s spies; his eyes and ears all over the swamp.

Wynn could also describe Wyrmblood Lake, the ziggurat at the heart of the lake as well as some of the interior, but he was initially reluctant. Luca used his arcane powers of persuasion to smooth the way with the quickling and once Wynn understood that the heroes stood to oppose Xamael, he was keen to help them achieve their goal. The heroes eventually let him go, and an understanding was reached that the quickling would help the heroes, using the bone flute as collateral. James used the remaining supplies of his healing kit to patch Luca up before retiring.

The heroes tried to get some further rest and the following morning were joined by Wynn to continue the journey to Wyrmblood Lake. Before departure, Isalien repaired her bow using the string from Quentin’s bow. When the heroes arrived near the lake several hours later, Isalien said her farewell; she had come further than she initially intended, and she was unwilling to put her life further at risk. She did understand the importance of the mission the heroes were on, and to aide them, as well as a thank you for them caring for her during her recovery, she traded her magnificent bow for James’.

When Isalien had departed, Emrys turned all of the party invisible in a feat of raw arcane power. This allowed Wynn to escort James to the bank of the lake and take in the situation. Once James witnessed the lake, with the many lizardfolk huts dotting the bank, the enormous ziggurat, covered in moss and vines, as well as the lizardfolk that patrolled the lake and the structure itself, he knew that getting inside would require subterfuge and guile. 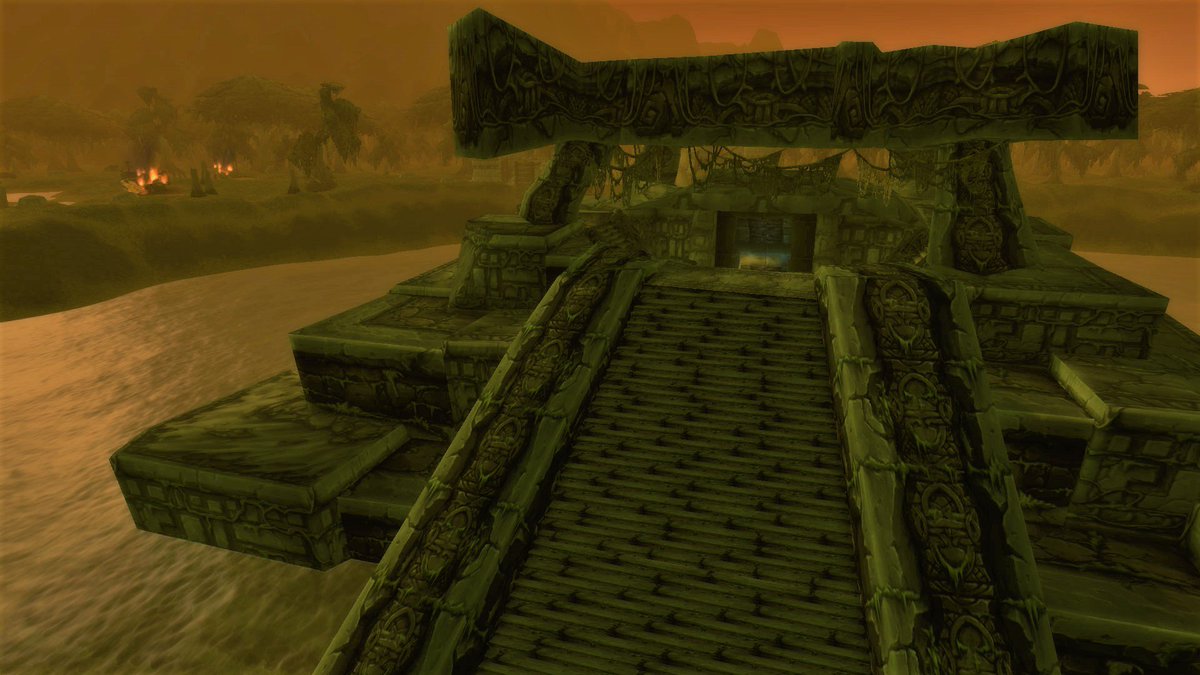 When James returned to the rest of the group (aided by the fact that Emrys had drawn and apparated Toruviel in a hover in front of him, otherwise James may never have found the invisible group), a plan was drawn up. When the heroes ended up approaching the lake and the rest got to observe what James had recalled to them, the plan changed somewhat. Instead of attempting to sneak across the water, climb and infiltrate the ziggurat, the heroes decided to impersonate Xamael’s disciples.

James had four jewelled daggers (only one of which was a replica) which he could distribute among the others, and he was wearing the black leather armour of the Cult of the Dark Queen, retrieved from the Reaverhaunt caves. Using his magical ability to disguise himself, Luca could appear to look like a hardened rogue wearing armour similar to James’ also wearing the jewelled dagger. Hopefully it would be enough to fool the lizardfolk into believing they were Xamael’s henchmen.

Using a distracting caused by Wynn and the other quicklings, they confidently walked up to some boats laying moored at a rickety pier. When confronted with lizardfolk who only spoke Draconic, the heroes were undeterred. Quentin spoke to them with an air of snobbish dismissal that seemed to fit the evil cult members, and they let the group row to the ziggurat. Once there, they disembarked the boats and strolled past all of the lizardfolk guards. Emrys noticed that the lizardfolk had a very bad reaction to the jewelled daggers, but this continued to lend aid to their disguise.

James’ plan had worked. He recalled hearing about a shrewd Cyprian politician whose name he had long since forgotten who said; “Never attempt to win by force what can be won by deception.” Words he lived by and proved themselves once again. There were seven days left before their time ran out, and they couldn’t afford to getting caught up in skirmishes which could be avoided.