Previously, the heroes had made their way to the Sacred Grove outside of Blackbough village to pay tribute to the good sisters. After Quentin sacrificed the memory of his love for his betrothed, the sisters reached out to the heroes and explained their involvement in the queen’s illness. The sisters were coerced by Xamael the Defiler, whom the heroes knew as Melchior, by having their sight stolen from them. Returning their sight to them would be rewarded with them dropping the ward they had placed on the khazra head. And so the heroes decided to seek Melchior out, in the heart of Eastmarsh, where Kalauranthalasis had its lair. Just in time to avoid some of the escalating ugliness between lord Oswin and the guerrillas harassing the hargrove.

It is about midmorning when the heroes arrive at the small quay set up on the side of the river.

The river south of Blackbough is wide and slow moving. The water is brown with dirt and sand, saturated with the compounded plant matter of the Eastmarsh hinterland. The embankment is stitched with soggy reed, sticking high over head, topped with brown cat-tails that look like thick cigars. Several rickety piers have been precariously built on the ever-shifting soil of the riverbank.

Two house-boats, and a half decayed raft have been tied to one of the piers. Attached to the raft is a large, wooden pen, which seems to be used to store logs before sending them downstream. Currently, the pen is near to empty, with only bits of decayed wood bobbing up and down on the gentle motion of the river.

The two houseboats seem very similar in build, long, flat-bottomed boats with a wooden house built on top of it. Like many of the Acadian boats you’ve seen while travelling through the hinterlands, it lacks any of the sleek, graceful lines of the ships you’ve encountered in the harbour of Kingsport. It’s nothing like the Old Queen. One of the boats looks like it’s been abandoned, with holes in the roof and it sitting low on the waterline, as if it’s taken on lots of water. The other boat is obviously inhabited by a small family of Acadians. They are pulling in wide nets off the side of the boat and taking in a modest haul of crayfish. Children are helping put the crayfish in buckets, and two girls are starting a fire inside a cast-iron cauldron on the front deck and roasting the crayfish on a grill over the fire.

After some quick deliberation, the heroes decided to approach the Acadian family and speak to the matron, Alex, a dark haired woman in her middle years who turns out is the mother of three; the twins Margot and Monica, and the shy Louis. She’s married to Pierre, whose brother Stephane and his daughter Victoria also lived with the family on their boat.

Luca, having had the opportunity to observe the Acadians on the way over from Rivermeet to Blackbough, nearly perfectly mimicked their voice, intonation and inflection. The heroes even observed that his mannerisms and posture changed ever so subtly.

Despite his ability to pose as an Acadian, Luca made the mistake of suggesting that Alex and her family weren’t being hospitable, something she took great offense to. It took Quentin’s etiquette and diplomatic intervention for the Acadians to allow the heroes to come aboard.

When they embarked, they found that the twins were preparing a fire in a cast iron cauldron on the front deck, while Pierre and his brother Stephane were pealing crawfish which they had caught from the river. The heroes were promptly put to work. Large buckets of it were brought to a boil and the food was shared.

The heroes would travel with the Acadians but learned that they never went downriver past Rivermeet. When they learned of where the heroes wanted to go, they immediately recognised the place as Wyrmblood Lake and could tell that they had others travel downriver with them from Blackbough who had the same destination; a man who called himself Fedor, who travelled in the company of a woman who called herself lady Mildred, and three men who were their escort. Lady Mildred was an unpleasant and forceful woman who kept wanting to touch the hair of Margot and Monica, making them uncomfortable. The heroes also learned that the three armed men who escorted Fedor and lady Mildred wore jewelled daggers at their side.

When the weather turned sour later that day, the heroes set up tents on the front deck and sought shelter while the Acadians put the boat to anchor and went inside. The sun was going down and the evening was setting in and the swamp came alive with noises from frogs and lizards.

That night, Quentin, Luca and James rotated their guard duty, allowing for Astrid, Emrys and Isalien to rest. Besides the occasional crocolisk bumping up against the houseboat, the only remarkable thing about that night was that the bloodmoon coloured all of the fog in a deep, dark red.

The following morning Emrys and Isalien felt much better, though they still had not fully shaken the effects of their stay in Blackbough. While Astrid was doing better as well, she was still moving about slowly and clumsily. It would take another day or two before she would have regained her spirit. Her improvement meant that the heroes decided against her and Isalien travelling all the way to Eastray to wait for them and instead they decided to come along to Wyrmblood Lake.

It wasn’t long after travel downstream was resumed before another boat being punted upriver was encountered. It turned out to be the boat of a friendly Acadian family who passed along some news; it seemed that some people in Eastray had fallen ill to watery bowels. The heroes never said a word, but gave each other knowing looks which told that they all believed a certain young boy was likely responsible.

When eventually the point was reached where the heroes departed the ship to head north to Wyrmblood Lake, goodbyes were exchanged and James solidified the friendship with the Acadian families by trading a cask of Blackbough rum with them. The rest of the way would follow on foot, and it didn’t take long before their shoes, socks and trousers were once again soaked through.

After a day of walking through a water-drenched forest a suitable camp was set up on one of the many small islands; pockets of soggy ground that gave a home to plants and trees, while separated from each other by murky rivulets. Another camp was set up and guard duty was divided between Luca, Emrys, James and Quentin, once again allowing Astrid and Isalien to rest.

In the middle of the night, while James was keeping watch the camp was suddenly overrun by tiny people that moved about with an incredible speed. They zoomed around the camp and rummaged through the heroes’ possessions. When James discovered them, he quickly roused the rest and a fight ensued. Much to the consternation of several heroes, these little creatures had tied Quentin’s shoelaces together, and had attached Astrid’s braids to a fallen log. They had also made off with the terrifying flute that Emrys had taken from the hill giant near Pinefall. 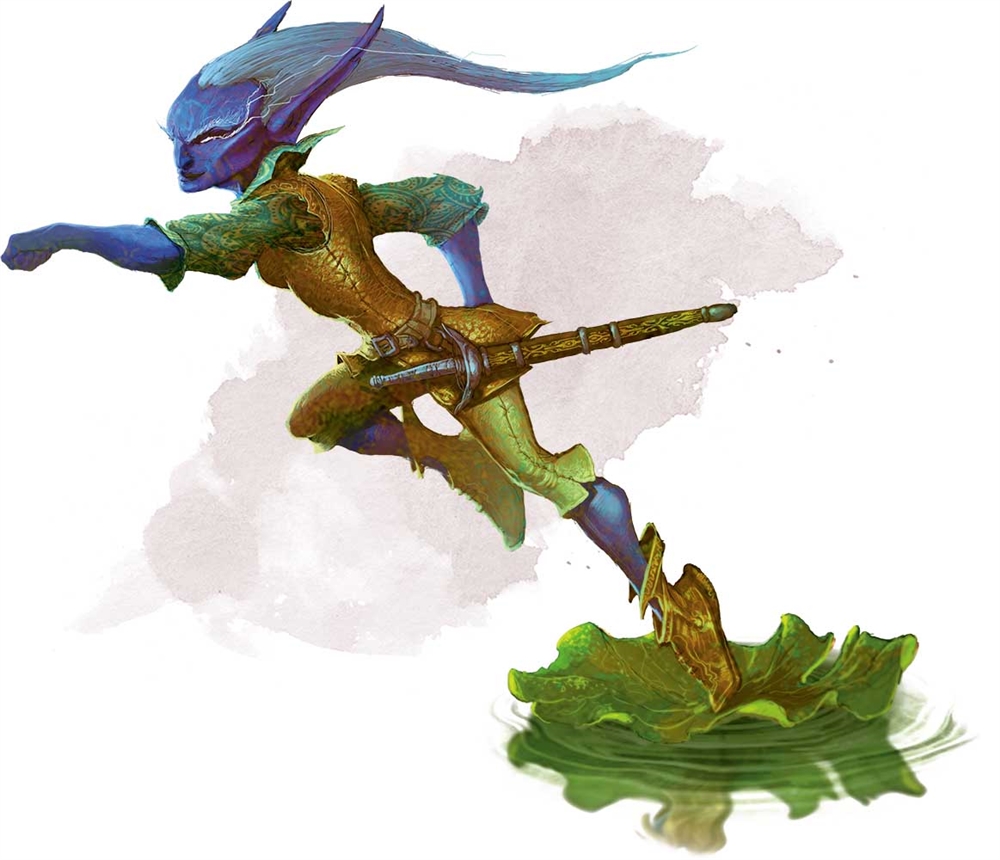 The creatures were easily defeated and chased off, but not without Luca getting overwhelmed. Luckily James got to him in time and used one of the last remaining healing potions on him. When calm had returned, James heard a strange rummaging coming from his magical satchel. When he opened it up, he heard high pitched, drunken singing coming from it:

Drink, drank, drunk last night. Drunk the night before.
Gonna get drunk tonight like I never been drunk before!

When he looked inside the bag he found that one of the tiny creatures had made its way into his bag and had been tearing into his supply of rum.