Previously, the heroes managed to fight their way past the undead lizardfolk who were guarding the entrance to the deeper part of the ziggurat. There, they found a wide hallway which circled a large central hall with balconies looking down on it. On these balconies they found active magical crystals which seemed to be responsible for Kalauranthalasis being enslaved. And so the heroes decided to see whether they could disable the crystals and free the enormous, terrifying wyrm.

After Luca had failed to remove the red crystal from its socle using a spectral hand and James had taken a shot at it with his bow only to have the ricocheting arrow warn whoever was in the central hall of their presence. “Rise, Kalauranthalasis,” they heard the honey-voiced man say.

James decided to scout along the north-side of the circular corridor and made it all the way to the western end, passing several balconies, each with a different coloured crystal charged with potent magical energy. He found another doorway in the western end of the outer wall, revealing a spacious room with a lit brazier against the back wall, sending sandalwood scented smoke into the air. A corridor lead north to a set of stairs that lead down into the central hall. James decided to hide and bide his time.

Meanwhile, Emrys and Luca frantically experimented with different spells on the different crystals on the eastern side of the circular corridor, slowly moving south. Luca had found that each crystal represented one of the eight different schools of magic, and using his hypothesis of using the magic of the opposing school on the crystal managed to disable the crystals and seemingly weakening the hold that the honey-voiced man had over Kalauranthalasis. The problem was that it was slow going and that each crystal required experimenting to find out which school of magic it represented.

While exploring further south, Emrys overheard commotion in the southern part of the circular corridor and when he went to investigate he was baffled to find two assassins of the Dark Queen opposed by lady Asha. She was unclothed, but seemed to have no trouble in dispatching the assassins. Before Emrys could ask her a question, she urged him to hurry down into the central hall. She said she needed to get into the vault and showed the vault key that she had showed the heroes in Eastray. She was furious with Kalauranthalasis for putting their hatchery at risk, and forged ahead towards the central hall by vaulting over the edge of the balcony, disappearing out of sight, and promptly reappearing as an enormous dragon, even larger and more fierce than Kalauranthalasis. 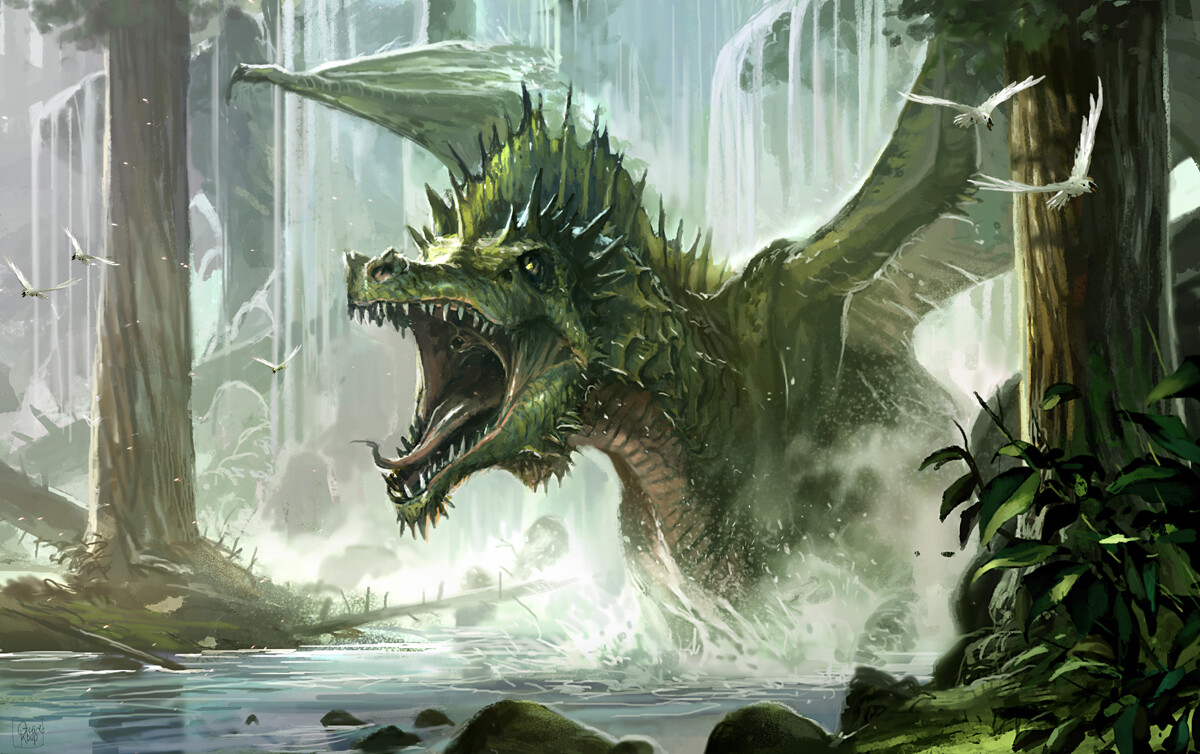 Azsharastrasza immediately engaged Kalauranthalasis who was still enslaved by the constellation of crystals. Occasionally, the large wyrm was able to temporarily free itself from the enslavement, but it would never last long before Xamael would put the wyrm back under his control.

For indeed, the source of the honeyed voice was a man with ashen grey skin, dressed in strange, leather vestments which reminded the heroes of the foreboding outfits of the priests of the Raven Queen. He was tall and poised and wielded a wicked whip and powerful magic. At one moment, Emrys and Luca were the target of a roaring ball of fire which exploded as they were attempting to disable one of the crystals on a balcony. It was at that time that they reconsidered disabling any more of the crystals as they were dangerously exposed while doing so.

Kalauranthalasis had been weakened from his enslavement and, while fierce, was no match to the fury of Azsharastrasza. While the dragons trashed around, the heroes engaged the dark priest, who proved to a tricky opponent. At one point Kalauranthalasis breathed in and unleashed a noxious stream of poisonous vapour which washed over the heroes’ position, burning their lungs and stringing their eyes. Astrid was battered and went down, only to be revived by Azsharastrasza’s occasional healing magic, which kept the heroes in the fight.

Eventually, Kalauranthalasis fell, and Xamael was left to contend with the heroes. Azsharastrasza charged at him but got caught in a magical trap which stunned her. Xamael was wounded and was bleeding from several open wounds, and shortly after fell against the onslaught from the heroes. His body was raised in the air, as if tethered by an invisible thread extending up from his chest and the blood that was pouring freely from his wounds exploded outward and for a moment hovered suspended in the air, before rocketing back towards his body. First one drop, then another, and another; each impacting his body with tremendous force, bruising him even further.

Xamael fell to the ground when all the blood had collided into him, doubled over and started to convulse, sprouting skeletal wings from both his shoulder blades, which quickly grew into leather wings resembling that of a bat. He swelled up and grew. Horns pushed from his forehead and rapidly grew from his skull as plates of armour pushed outward through his skin to protect his body, bruised purple from the horrifying transformation. When all was said and done, a transformed Xamael stood before them. No longer Xamael the Defiler, but instead Xamael the Dreadlord, his whip now scintillating with arcs lightning.