Previously, the Heroes of the White Eye had penetrated deep into Dr. Arkenward’s inner sanctum in search of the Tablet of the Elemental Eye that he had hidden there. Having uncovered a prison of strange creatures, as well as a personal study which held two strange, tentacle-faced creatures and a loathsome, ape-like creature named Grok. It came to blows with the tentacle-faced creature, but the heroes defeated them, and found that they had found Arkenward’s tablet. Before defeat, one of them hissed that “the Upright Man would not be opposed.”

The heroes had managed to make their way past the prisoners and into Arkenward’s study where they defeated the tentacle-faced creatures. And while they retrieved the third tablet, they had not found a way out yet. James was keeping an eye on the prisoners through the bars of the portcullis; in particular on a spider creature that Grok had told them was called Venoxxis. He was concerned that the spider would eventually turn its sights on the young girl which was locked up with the rest of the prisoners.

Venoxxis, in turn, had moved out of sight in order to prevent James from taking shots at it. This had given the heroes the opportunity to inspect the room with the prisoners better and they noticed that near each of the cages or shackles were parchments with collected notes. This gave Luca the idea to use a conjured, spectral hand to retrieve the notes which hung on the wall above the young girl. Venoxxis could not prevent Luca from retrieving the notes without revealing itself to James’ barrage of arrows, but it did not mind putting the spiderlings it had birthed from the body of the man it had mounted in danger. It became a quick trigger game of Luca moving the hand towards the notes while James shot the spiderlings before they could attack the hand. In the end, the spiderlings lay dead while Luca had the notes in hand.

In the meantime, Emrys had turned to Grok, the unusual simian with the slobbering maw filled with teeth and the big bat ears. Emrys had come to the conclusion that Grok was not any creature hailing from anywhere in the Verdant Kingdoms, and speculated that it was likely that Grok did not even hail from anywhere on the material plane. There was just something disturbing and unnatural about him. It was around that time that Venoxxis showed up at the bottom of the corridor separated by the two portcullises. 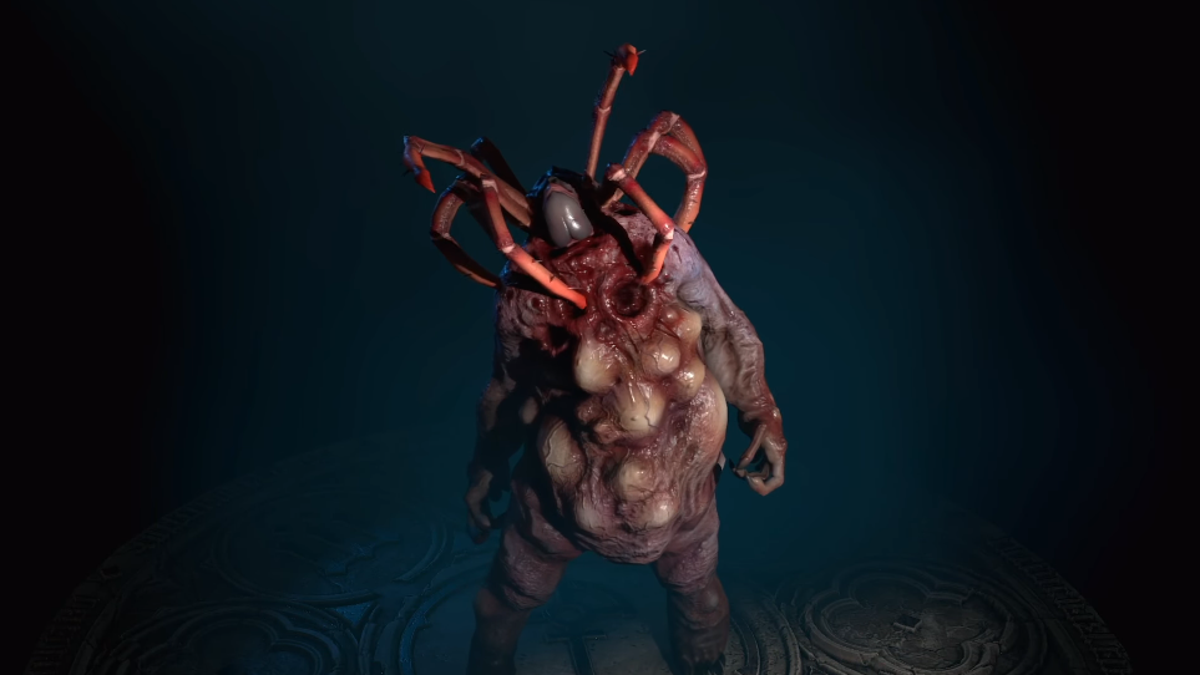 A fight ensued, which lead down the corridor and into the room with the fluttering imps, further into the wine storage room and back to the throne room. It was clear that Venoxxis had no place to hide but was still dangerous and the heroes decided to pursue until they had defeated the spider. The killing blow was landed by Emrys, who had been hovering in the throne room in an attempt to get a good angle at the spider, which was hanging upside down from the balcony. Emrys had release Toruviel, who was hovering dangerously into the air. Once the blade struck, it repeatedly stabbed the spider in its hundreds of eyes until the could no longer cling to the balcony and fell to the ground, dead. After a moment, the body began to bubble and dissipate, just like it did with Xamael the Defiler.

When the heroes finally came back to Arkenward’s sanctum, Emrys had brought a bottle of wine with him, which he immediately had to hand off to Quentin in order to get him to back off of Grok. Quentin had been advancing on Grok in a threatening manner and the creature was starting to get agitated.

Once Grok had calmed down they asked it about the girl, and Grok explained that Arkenward would sometimes come to interrogate the girl. He would deprive all of the prisoners of food and it meant that the prisoners ended up feeding on one of the skaven prisoners. Luca decided to read Arkenward’s notes on the girl;

Through my connections at court I was asked to travel to Wulferton to investigate a strange occurrence surrounding Maya, this young girl. She had been displaying odd behaviour that required some attention. Who she is and what family she belongs to is unimportant for now. What is important is that I quickly came to the conclusion that this girl has been possessed by a demonic spirit.

The girl is violent, untameable and occasionally resorts to speaking in the abyssal tongue while she attacks her family and staff. I have come to make contact with what I believe to be the spirit which is mounting her. It doesn’t want to relinquish its name, but I believe that through deprivation I will be able to coerce it into revealing more, perhaps even its identity.

Maya’s family has a long history of occult sensitivity and I have a working hypothesis that this, in combination with a young mind, makes her especially susceptible to being a conduit for demonic possession. I also believe that this might be cross-planar – cross seal! As it would be most unlikely for the demon to keep itself hidden from my magic as well as translocation to my sanctum.

The one thing that is antithetical to that hypothesis is that I have never come across a reference of this kind of cross-planar possession being possible. Either this was rare (or unnecessary) during the Age of Fear, leaving the scholars to not mention it, or it is a new weapon the demonic forces have brought to bear.

James wondered aloud why Arkenward had attempted an exorcism with a priest before heading down to the wine room to refill his bag of thievery with as many wine bottles as he could carry. He could not find any food, which tracked with what Grok had said about Arkenward depriving the prisoners of any food.

Further conversations with Grok revealed that the tentacle-faced creatures had come together with several men, all of which ended up dead. Emrys observed Grok for a long time and concluded that while he was stupid, there was an animal cunning in him that made Emrys uneasy. There was enough of a predator in this creature that it would be dangerous for the heroes to let their guard down.

It was at that time that Luca had been experimenting with Atilesceon’s robes to find out whether or not Arkenward’s location was extra-planar. He knew that the robes would allow for him to shift into the astral sea, but that had never worked because of the Seal of Divine Animus. He found that it still did not work, and so his conclusion was that wherever this sanctum was, was somewhere in the ethereal mist.

Investigating their surroundings further, Luca noticed that the book that one of the tentacle-faced creatures was perusing was a book on translocation magic and pocket dimensions. He came up with another idea; he could try to use his magic to banish someone. If Luca chose a subject that was originally from the material plane he would be able to ascertain where they were by attempting to banish them. If they were on the material plane, the banishment could be made permanent, given enough time. If they were not, then the banishment would always be temporary.

Quentin briefly tried to convince Luca to banish Grok since he saw the creatures presence as an evil affliction, but Luca refused. Instead, Luca asked for the others to go through the books to find spells or rituals while he took the time to rest. He would need to gather strength in order to perform the magic he was intending. James did not feel like he could be of service, while Quentin tried but did not get very far. Luckily Emrys was more successful and found a powerful conjuration spell which allowed the caster to conjure up an enormous extradimensional dwelling, which could be a clue to their whereabouts.