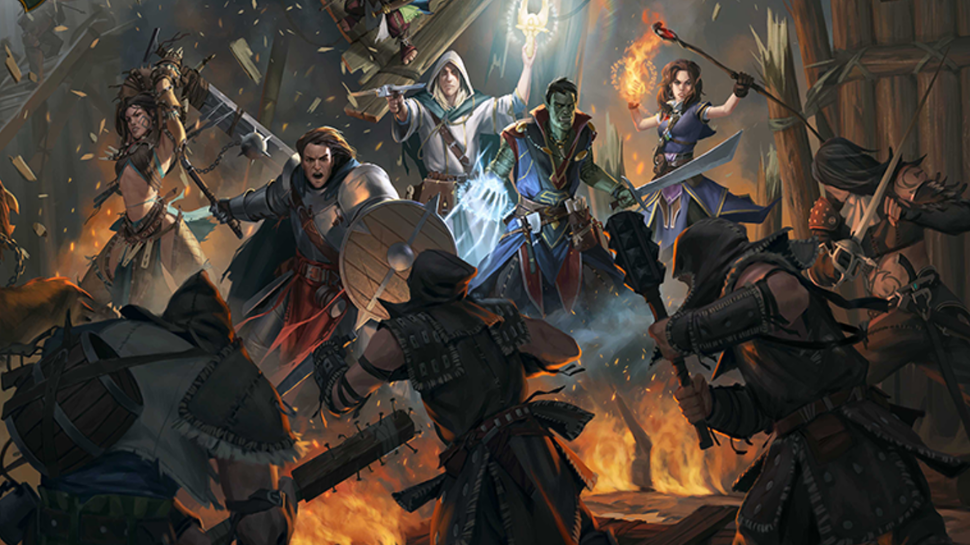 For the past two years I’ve been leading a game of D&D. I had been toying around with returning to D&D for a while and had been low-key thinking about a campaign premise for years. When Edwin wanted to do a D&D campaign and took over from me running Shadowrun, a game that I had fallen out of love with and whose campaign just wasting panning out the way I had wanted to, Edwin’s campaign came as a breath of fresh air. I had missed D&D and Edwin had put a great campaign together. He had raised the bar in all the ways that appealed to me.

For about six months I worked on the campaign premise, the theme, the continent that the campaign would take place in; kingdoms, cities, cultures, organisations, people. I got really into the world building aspect of the preparations. I may have taken it a bit too far, but I was enjoying it so much that I couldn’t stop. Didn’t want to stop.

Six months of that lead to us starting the campaign and it started off relatively well. Everyone seemed to be enjoying themselves and it seemed like the world I’d created and the things I was exposing to the players was really well received. I got some great engagement and feedback.

Two years down the line, we’re still playing, I moved countries, pandemic happened, lost a player, picked up a player, and all the while I’ve been working away at the story, the campaign as well as the world it’s set in. I must have spent five hundred hours into it altogether. I have so much material prepared on all kinds of places, people and things that the players are unlikely to ever engage with. (Or maybe they will. Who knows!)

But I started to notice that the momentum was being lost a bit, especially around the times where decisions needed to be made.

There was a bit of analysis paralysis happening. The players were sometimes hesitant to make mistakes because they felt like a bad outcome would have detrimental consequences. This is likely due to some events during sessions in the past where they were punished for making mistakes, perhaps their best laid plans weren’t honoured with enough return on investment, or something else that lead to this dysfunction. I assured the players that they wouldn’t have to worry too much and that they could trust me not to fuck them over, and if they were to fail, they would always be presented with a narrative parachute. They understood, and it got a little better, but there was something more.

Recently, I sent all of them an e-mail and straight up asked them for feedback and criticism. It was surprising how unified the answers were. All of them loved the setting, the campaign and which direction it was headed in. But the one thing they would want to see changed was the amount of choice they were offered. They liked to have a clear goal and clear initial steps to work towards that goal. While they appreciated all the different side quests that they could do, and that there were several options in larger quests that would move the main story forward, they’d rather have a bit less choice and a bit more direction.

I did not see that coming.

One of the things which I have been asking for when running a game — and this is was something I wanted even before this D&D campaign — is that people’s characters wanted something; were inherently self-motivated by something. Not by something simple and banal as “treasure” or “adventure”, but that they had an internal motivation to find something, to answer a question or achieve an ambition. If during a session I were to say; “So, after a good night’s rest, after having returned the royal sceptre of dominion, you find that the day is yours. What would you like to do?” that they could be guided by ambitions beyond the just finished story arc and decide where to go next and what to do.

Side quests that would raise their standing within a particular organisation. Investigation into the lost library of a dead wizard I once mentioned. Researching the ancient catacombs that they rescued an injured ranger from to find out who built them. Finding out the identity of a mysterious benefactor. Shit like that.

It would then give me a way to seamlessly weave from one story into the next and start the next session presenting them with the next story, driven from an external source. It would also allow me to tie the story into the player character’s interests and motivations and make it all a little more appealing.

What I realise is that my mistake has been to assume that the players spend as much time thinking about and preparing the game as I am. I have created so much of the world and spend so much time thinking about the ever evolving world around the player characters, all of the consequences of their actions, their inactions, the history and the possible futures, that I have all these ideas kicking around in my head that I think would be fun if I was playing one of the characters.

I should be more respectful of my players, the time they offer up to play in the game, and what they want to put in, and get out of the game. I need to slim things down and make the story structure decision tree simpler. Non-trivial decisions need to be dramatic and have clear impact and consequences in order to make decision making less nebulous. Hopefully that way we’ll get more fun out of our games. More collaborative storytelling. Less indecision.

One thing is for sure, I should ask them for feedback more often.