Previously, after surviving a fight with an ancient foglet only hours away from their destination, the heroes and their one remaining traveling companion, Isalien Willowborn, made it to Blackbough, a dreary hamlet on the side of a hillock. At the top of the hillock stood a wooden, fortified mansion which turned out to be the seat of house Blackbough. Lord Oswin, the head of the house, extended hospitality to the heroes, but was not able to direct them to finding a ghost orchid.

Once the servant, who had brought a crate of food to the cabin that the heroes had been assigned, had departed, Luca immediately asked the others whether they had noticed the grizzly, severed hand hanging from a leather string around his neck. James did not seem moved by it and wanted to start making a plan instead of dwelling on the servant.

Isalien and Astrid decided that they required more rest and planned to stay in the cabin. Luca and James were going to focus on talking to the different people around the mansion and in particular, James was interested in finding the servant who was shushed during their audience with lord Oswin. James hoped that the servant might be willing to share more when approached away from the lord. In the meantime, Emrys and Quentin would make their way to the hamlet in the hopes of getting some information from the villagers. Quentin could hopefully make use of ser Fulton’s shield, while Emrys could hopefully win them over with music. Before departure, Luca changed his clothing and took a moment to adopt a slightly different posture, even going so far as changing the inflection with which he spoke, aiming to seem more like a northerner.

It did not take long for James and Luca to have found the man they had wanted to speak to; a plain-faced majordomo who turned out to be a Bournemouth academy graduate who originally hailed from Rivermeet. He claimed that while he had been in Blackbough for a while, he had yet to get used to the dark superstitions the villagers believed in. He claimed that Mikkel, the servant who had brought the heroes their food, had been wearing the hand around his neck out of punishment, but refused to speak more on the subject. Increasingly more uncomfortable, he referred to mistress Ysgith, the woman who was lord Oswin’s council, in order to find out more about the ghost orchid. 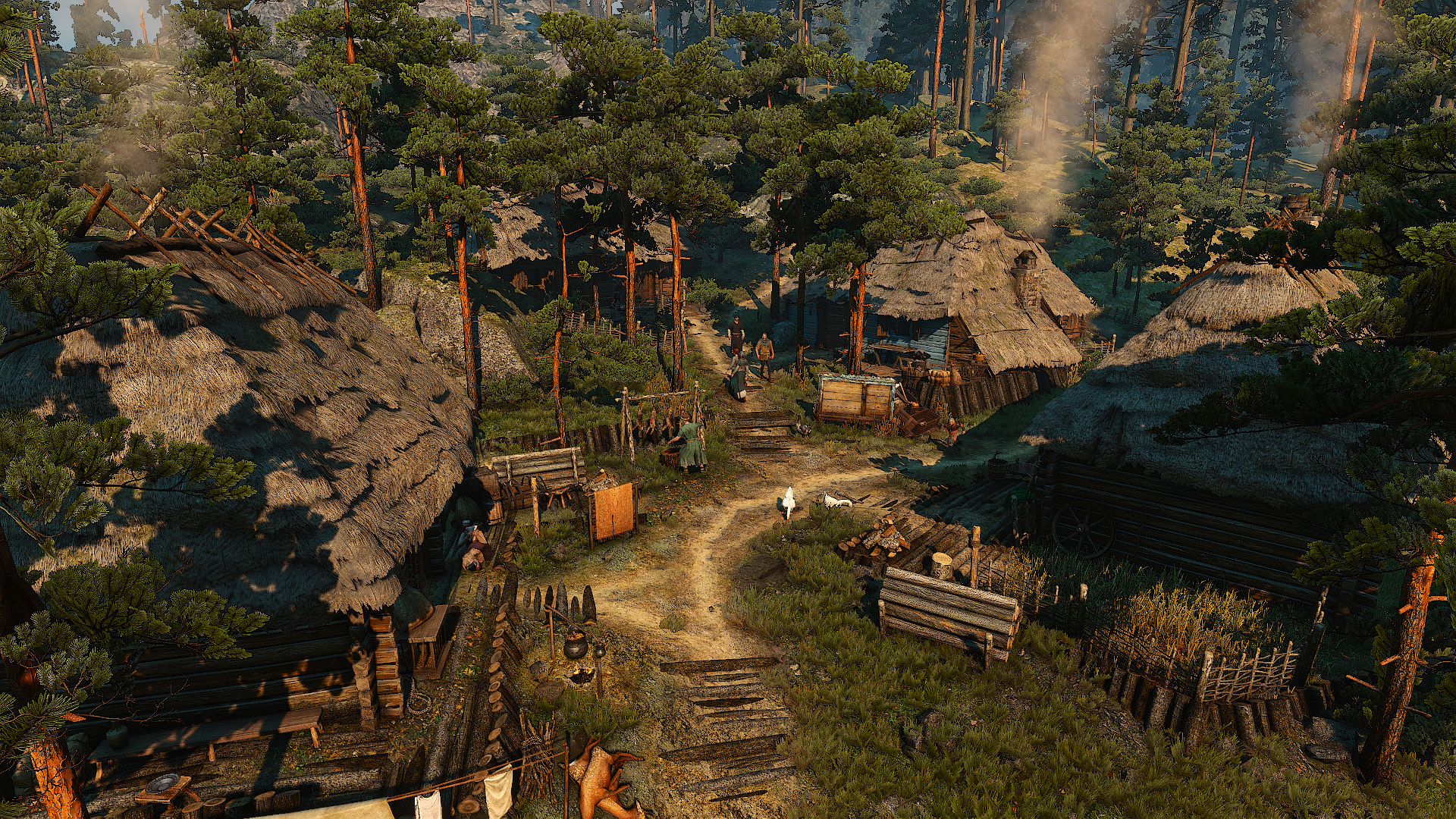 Emrys and Quentin walked down the hillock into the dreary hamlet of Blackbough. They quickly noticed that there were very few villagers and those they noticed were either old, injured or nursing young ones. Strangely, they also didn’t notice many children, besides the very youngest. Another thing they did not see; if this village primarily consisted of loggers and lumberjacks, where was the sawmill? How did the people earn their keep?

Emrys pulled out his lute and sat down in the middle of the village and started to play a tune, while improvising a song which told the story of the ill queen, without going into some of the more negative consequences of her possible death. It had the desired effect and some of the villagers made their way over to listen.

An old, blind man by the name of Wyeth came over and asked one of the villagers to bring his logs. The logs were hollow, of different sizes and they made different sounds when the old man played them with sticks. His percussion nicely harmonised with Emrys’ strumming of his lute.

When the songs were done, Emrys and Quentin were able to talk to Wyeth, whom they called “the Acadian” even though he wasn’t one. He had been a log driver, who floated logs down the Ivel to Rivermeet, when he was attacked by drowners; the restless dead of those taken by the swamps. He was saved by a family of Acadians and nursed back to health by them.

Harrow the Elder, a man deep in his twilight years with a body so bent by time that he was barely able to stand unaided, was able to share that the village was under the protection of the Good Sisters of the Grove; a commonly held belief in spirits who governed what happened in the area and maintained a personal relationship with the villagers.

Old Abigail, an elderly woman of good constitution who was responsible for teaching the children of the village about plants, animals and hygiene. When learning about the heroes being attacked before arriving in Blackbough, she offered that the mist was a sign that the land felt threatened and that the sisters had sent the creature to defend the village. By extension of her tasks around the village, she was also able to talk about the different herbs and medicines that the swamp provided. The ghost orchid, however, was extremely rare and she wasn’t able to help there.

Emrys and Quentin also found that most of the villagers had been moved to the hargrove, a stretch of forest to the east that lord Oswin had wanted to start logging at. That explained the absence of a lot of the villagers. They also learned that there another way in which the village earned their keep was a bit of peat farming.

Luca and James also spoke to Nielen, a Fulham native who had moved to Blackbough a year ago in order to work the smithy at the mansion. Another discovery was that the guards were mercenaries of the Company of the Shield, of which lord Oswin used to be a member as one of the first freeriders. The company operated along the Plains of Strife.

Lastly, Luca and James found mistress Ysgith in a small garden behind the mansion. She explained that she came to Blackbough several rides ago in order to help lord Oswin achieve his goals. She was interested in helping the heroes find a ghost orchid, but wanted to know what the heroes were willing to sacrifice in order to get it. When they bid their goodbye to mistress Ysgith, James noticed that a leech was stuck on her neck, just below her ear.

When the heroes came together they shared what they had learned and came to the conclusion that they wanted to pay a visit to the abandoned church of Paladine. They were hoping to learn something more about the village and its inhabitants and were curious to see what Fedor, the scholar who had arrived in the summer, had managed to learn from his trip to the church.

Getting to the church turned out to be easy. They found the building badly damaged by vandalism and fire and that due to the holes in the roof the interior had been exposed to the elements, leaving doors and pews rotten and warped. The graveyard outside, while old and poorly maintained, did seem still used, with a few new people having been put to rest in fresh graves. 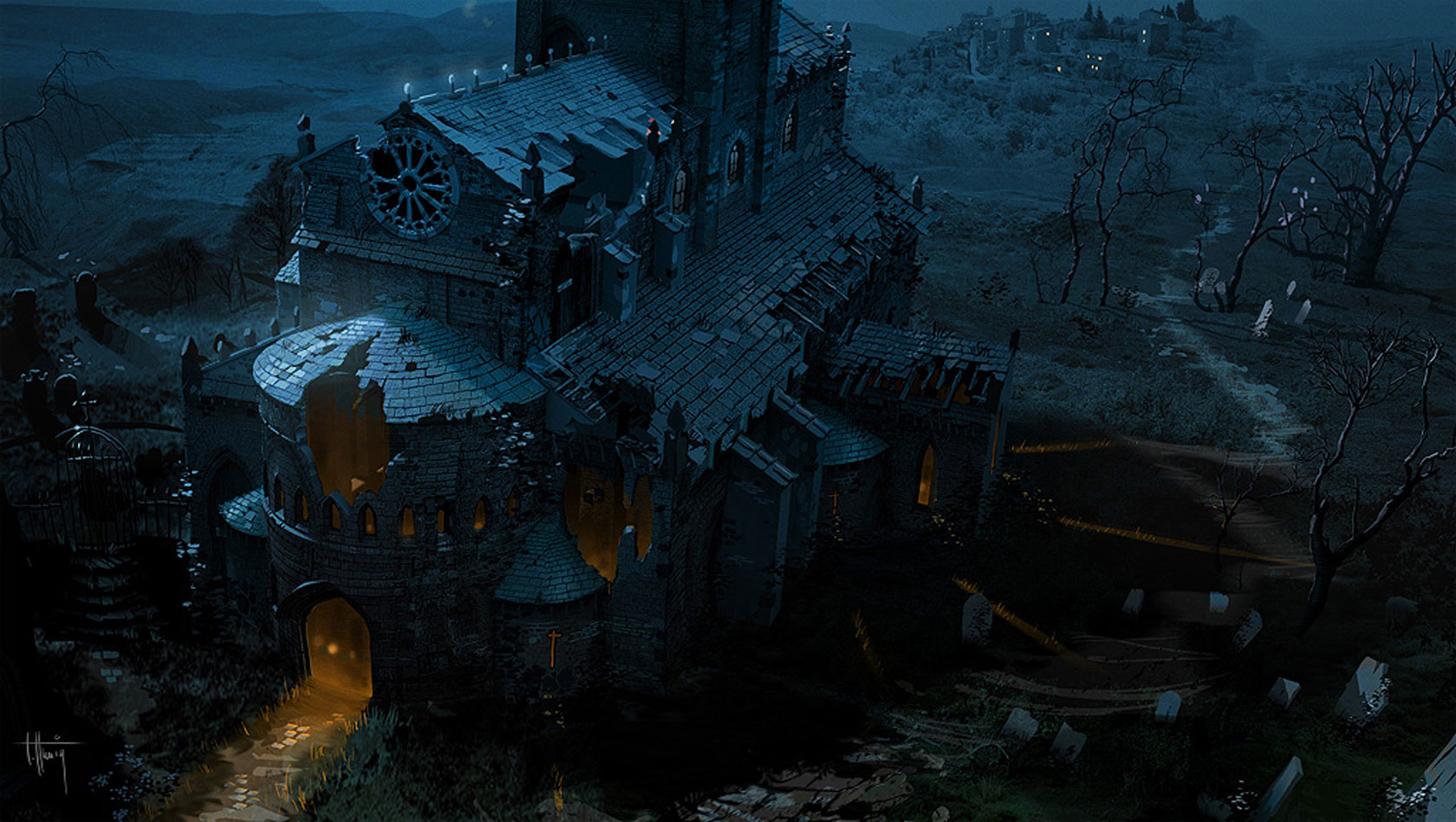 The inside of the building was no better than the outside; parts were badly damaged by fire and statues, paintings and tapestries were vandalised. Parchments and books were strewn everywhere, either weathered or burned. There were signs of a concerted effort to catalogue the written artifacts that were salvageable enough to be legible. Most of the writings were by father Gregory, the late priest at the church. The assumption that this cataloguing had been done by the visiting scholar.

The findings prompted the heroes to collaborate on reading through the artifacts and searching for anything the scholar may have missed. They found a few caches of writings that the scholar had overlooked and combined that with the catalogue they had found.

The villagers show no interest in following Paladine and are unconcerned about their fate after death.

The villagers are pagans who worship and obey a capricious whims of spirits who control the land and their fortune and they feel like they have a direct relationship with these spirits.

The villagers pay tribute to these spirits at a blossoming willow tree in the middle of a sacred grove to the south-east. These tributes range from small tokens to large, unspeakable blood sacrifices.

The spirits are called the “good sisters”, or “sisters of the grove” and there are three of them. They are named Memra, Druda and Gryza.

The sisters have been part of the of the local traditions for at least as far back as the first lord of Blackbough, in the seventh century. Old drawings of villagers bring offerings to three women at a grand willow tree.

The toll that the sisters have taken on the villagers over the past decades is enormous, all in the interest of small boons or benefit. They have lost all sense of perspective.

Given the opportunity, the sisters will approach you in order to strike a bargain. You just have to will it to happen and they will reveal themselves.

[Poor handwriting] They have promised me a reward for my sacrifice. They have promised they will let me sleep a dreamless sleep again, and release the dead in our graveyard from their control, and they will let the villagers make their own choice in who they want to follow. They promise me that the pain will soon subside. I can still pray with one hand. I can still carry the Book of Saint Catherine with me as I go and talk to the villagers. This time they will hear me and they might finally trust me, for I have sacrificed part of myself for them. Just like saint Catherine sacrificed herself for Ser William.