As I often do after finishing a series of books, I felt an acute sense of loss after finishing the fifth and last book in the George R. R. Martin series “A Song of Ice and Fire.” The difference is; the series isn’t over yet, there are at least two more books planned. As with television shows, I’d rather just read a series when they have concluded so I can read it all continuously without pause. Looking at the publishing history, I’m in for a long wait before The Winds of Winter is published. The publishing schedule for the first five books was as followed; August 1996, February 1999, November 2000, November 2005 and July 2011, so I might be in for a little wait. Even the sample chapter GRRM posted on his website wasn’t enough to sink my teeth into.

Though the quality of the story waxes and wanes quite a bit, overall I really enjoyed reading the books. The fourth book was a bit of a struggle, mostly due to the climax of the third book where a lot of loose ends seemed to be wrapped up. It felt like we entered a second phase of the overall story which was somewhat detached from the first three books, which made it feel like GRRM might not have had a good view of what the end-game of the overall story was going to be. Luckily, about halfway through the book, things started to pick up again.

The Red Wedding was a really tough pill to swallow because GRRM set everything up to root for the Starks. After that it became hard to get emotionally invested in anyone. It’s one thing to let the protagonists struggle, have setbacks and fail, it’s another to have no protagonists at all. Sure, it was easy to switch my cheers to Daenerys and it’s easy to be fond of Tyrion, but the former wasn’t going to get involved in the Game of Thrones in Westeros any time soon, and the other one wasn’t even a part of things, it seemed. I ended up being mostly attracted to Jon Snow as Lord Commander, Jaime’s redemption and Cersei’s decline, but non of that seemed to have any particular bearing on the Game of Thrones in Westeros, with the possible exception of Cersei’s decline.

The theory of Jon Snow being the child of Rhaegar and Lyanna was really what renewed me interest. That and Prince Doran Martell of Dorn’s scheming.

It’s hard to say what it is about this series that draws me in as much as it does. It’s not particularly well-written, nor is the story particularly complex, but it’s a solid story and it’s huge. The tapestry that GRRM weaves is intricate, simple, engrossing and compelling. The writing isn’t overly descriptive (except when describing the food that’s being eaten, for some reason), so it doesn’t suffer from the Tolkien drudgery, but is solid and has a nice pace. And still, hard to say what it is that makes it stand out. One thing that does stand out, and in that sense I’m going to contradict what I said earlier about sometimes getting the feeling that GRRM doesn’t always know what the end game will be, is that GRRM manages to set things up and is very patient in letting things unfold. He talks about the Children of the Forest in book one, mentions them here and there, but only really introduces one in book five. Well played, sir.

Anyway, even thinking about the wait that I have ahead of me makes me grumpy. I hope the television series will tide me until the release of The Winds of Winter.

“Every model of mobile phone […] has a number like this, most of them offering so many possible iterations […] that at the usual rate of product release – say, between three and fifty distinct products per line per year – the people making them will still have plenty of serial numbers left when humans are so highly evolved and so thoroughly integrated with their own technology that the idea of a phone as distinct from the organism is disturbing in the same way that carrying your lung around in your pocket seems a little freaky now.” 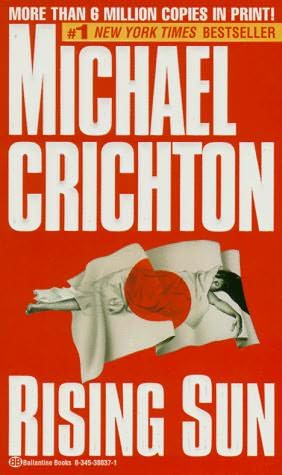 Today, I started reading The Gone-Away World, a novel by Nick Harkaway, which was a gift to me by Jim and Tex, quite a while ago. It was put on the big To Read pile and finally I got to it, after I struggled with Full Metal Apache for a long time and placated my low intellectual self-esteem (especially after that book) with some pulpy 40K stories. It’s weird and hilarious and I think that out of all my friends Sam would probably dig it the most. Here are two sections that I found hilarious from the first twenty pages.

.: My Back
So as you may or may not know, I injured my back late in December of 2009. It started out as a sprain as I lifted some boxes improperly after a rough evening of BJJ which hardly gave me reason to pause, especially as it seemed to have sorted itself out the following day. Sadly, the following day I spent all day in an aeroplane, proceeded by five night’s on Jim’s sofa, and another aeroplane ride back to .nl, which compounded the problem. I started feeling as if my back was tired, as if I had a bad muscle-ache in my lower back. New Year’s Eve came and went and the 2010 training season was supposed to start but I thought I’d take it easy, as my back really started to hurt now. I decided to visit my physiotherapist, since he’d berated me quite badly for waiting so long to have my shoulder checked out back in 2008 when it was in fact broken. He told me I was being a big pussy and not to waste his time with little aches like that (mixed signals, dude!) and that it’s something to be expected if you do things like grappling or kickboxing, let alone both! He told me it would sort itself out, but I’d be wise to do a lot of continuous walking, preferably about 30 minutes, every day. I’ve been doing that, and I have to admit it’s not so bad any more, but it’s also not gone. I have to remain patient and let my back heal up, which has proven to be very difficult for me.

.: I Torture Myself…
…with books I don’t understand, because my brain is like a block of obsidian, coated in Teflon, impervious to the uptake of knowledge, and the only way to learn anything is to just smash information to particle bits on my skull until some of it seeps in through a small crack, or something! Currently, I’m reading Full Metal Apache: Transactions Between Cyberpunk Japan and Avant-Pop America by Takayuki Tatsumi, which is a deconstruction of orientalist and occidentalist influences in post-postmodernist literature. In terms of how interesting it is, it sounds far worse than it is. In terms of complexity, it sounds just as bad as it is. About twenty-five percent of the book is annotations. Yeah, it’s one of those books where you need two bookmarkers, one for your place in the book and one for your place in the appendix.

.: Shadowrun: Corrosion
My back being in the sorry state it is has afforded me some time to spend on Corrosion, which is really coming along nicely. We’ve got a solid grasp on everything, and a working, functional framework for everything but the missions (the combat stuff.) I’ve got some ideas on how to go about this, but first I want to finish up all the other stuff so that I can concentrate on that. It’s going to be complex, and I’ll have to make use of AJAX, which will be new for me. By that point, I can also start instructing my brother on some of the additional coding that undoubtedly will have to take place.

I have many other things left to tell, but I’ll leave them for another time.