Children with dead parents think everything is possible and nothing is safe. 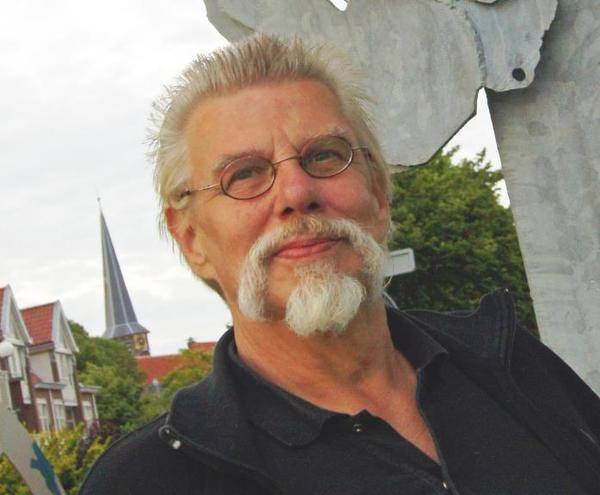 Last week my father’s best friend, Rien Bonte — or Bonte, as my father always referred to him as — passed away. They met as teenagers and became close friends, bonding over art and their love of psychedelics. They lost touch when Bonte married, supposedly because his wife didn’t approve of the influence my father had on him. Luckily, they rekindled their friendship years later when Bonte divorced his wife.

When my father passed away, Bonte spoke at his cremation. He recalled how they met as teenagers on a hot summer’s day. He immediately thought my father was cool, and edgy and daring. At the end of the day, as the sun went down, my father spontaneously jumped into a canal. He remained underwater for a very long time. Bonte waited for my father to reemerge, and he remembered feeling panicked when moments had passed. He couldn’t see any movement in the dark water, and he knew he’d have to jump in after my father.

He thought that was a fitting metaphor for my father’s death. My father had disappeared in the dark water and he felt like he wouldn’t see him again until he had made the plunge into that same dark water.

I’m not doing his words justice at all. He was a poet, and I can only recall so much from that emotionally taxing time. I remember right after he said those beautiful words, my mother called out from the audience, saying that she hoped it would be a long time before he took that plunge. Eight-and-a-bit years later, and he took that plunge.

Besides writing novels, writing poetry, sculpting and painting, Bonte was a teacher of Dutch language at a high school. For two years, he was my teacher. He was considered an unusual teacher and a bit of a contrarian. He was considered cool and funny, and his teaching style appealed to a lot of teenagers. Because he was such a well-loved teacher, the turn out for his cremation was big. A lot of alumni showed up. I got to talk to my French teacher, who also spoke a few words at the ceremony, and I got to see my English teacher again, whom I was very fond of.

Because it was so busy, I wasn’t too keen on standing in line to offer my condolences to the family. I wanted to, but I felt like I’d be intruding and bothering people. When I noticed the line of what must have been many strangers shaking the hands of Bonte’s family, I decided to go and say something.

The first person I offered my condolences to was his son. I introduced myself, gave him my condolences and was ready to move on. He hesitated and then asked me if I was related to Ben. I told him he was my father. He smiled and said he had gotten to know my father well before he died. That was really nice to hear. I moved down the line, and got to Bonte’s sisters. I again introduced myself and gave my condolences. They immediately recognised me as the my father’s son and were delighted I had come and entertained me with a quick story how they had played with me as a young boy.

The last in the line was Bonte’s father. Old and frail, sitting in a chair. I waited patiently and got annoyed at other people talking down at him (literally). It seemed so… unpleasant. When the old man was free, I shook his hands, squatted down so that we could look each other in the eye. I introduced myself, said that I was my father’s son, and the man’s face lit up. I told the old man that Bonte had been incredibly important to my father, and in turn to me. The man started to cry and said that he wasn’t long for this world, and that he would tell that to Bonte soon.

I’ve been to several funerals and cremations in the past few years. Most of them were friends of my father. A group of people who lived hard and died early as a result. I was unusually emotional at this one. I think there was some simmering sadness to do with my father, but it was also the realisation that the group was getting smaller and smaller, and that my step-father, Ruurd, was one of this ever-shrinking group of people.

When I got back to the table where Robin, Jody and Ruurd were sitting together with some of the usual suspects, I explained it to Ruurd, who in an uncharacteristic move of affection, pulled me in close for a hug and a kiss.

There is still so much sadness that I still haven’t really processed.