Yesterday it was exactly ten years ago that my mother died. She died in a hospital in Imperia, Italy at 15:00. We went to the park where we spread her ashes, and remembered her by enjoying the warm weather, strong winds, each other’s company and all the excited dogs that were being walked in the park. Jody had made delicious sandwiches, I had brought ginger beer and vodka, and Robin had squeezed a bunch of limes, so we could make our own Moscow Mules. Ruurd and Moulsari were there as well. When the weather turned bad, we decided to have dinner at an Italian restaurant in Hoorn, ate food, had wine, drank limoncello until we were all drunk and happy. It was a good day.

(I think it’s really appropriate that yesterday was such a windy day. There was so much energy in the air. Wild is the Wind, after all.)

I realised that I haven’t been sad about her death for a long while now. Sure I’m sad, but not in a way that it momentarily stops my heart when I suddenly realise. Nowadays the first thought of the day after waking up is no longer the crushing realisation of her departure. She pushed me in the right direction and for a while the momentum was gone, but I feel like her death has now galvanised me and I have regained momentum in life. I can only hope that my brother and sister feel the same way.

It’s been nine years since the hardest day in my life. Nine years since my mother died in a hospital in Imperia, Italy. In previous years, I wrote about those last few days, but this year I find myself considering how my feelings regarding her death has changed over time.

My sadness has definitely changed. Initially it was a destructive inferno, now it’s a comforting campfire. It has matured. In the years after my mother’s death I felt like an injustice was done, and my tears came in protest to what happened; a rejection of her death, and a refusal to accept that she was gone. Now I have accepted that she’s gone, and my tears are an acknowledgement of my loss and how much she meant and continues to mean to me.

I couldn’t have done it without the help of my brother and sister, who are the biggest gifts my mother ever gave me, and who have helped calm that inferno and allowed me to temper the sadness. Ruurd, Moulsari, Joasia and Eva also played an important part in getting me to where I am today.

And yet, when I am by myself and I think back to the last few days of her life, there is something that scratches at the back of my subconsciousness. An irritant that pokes at me and tells me that I failed her my letting her suffer in that hospital. That I should have done more or done something differently. When think about that and I close my eyes I am assaulted by images of my mother in distress. It used to be that those images would come to me uninvited. So I suppose there is improvement there too. 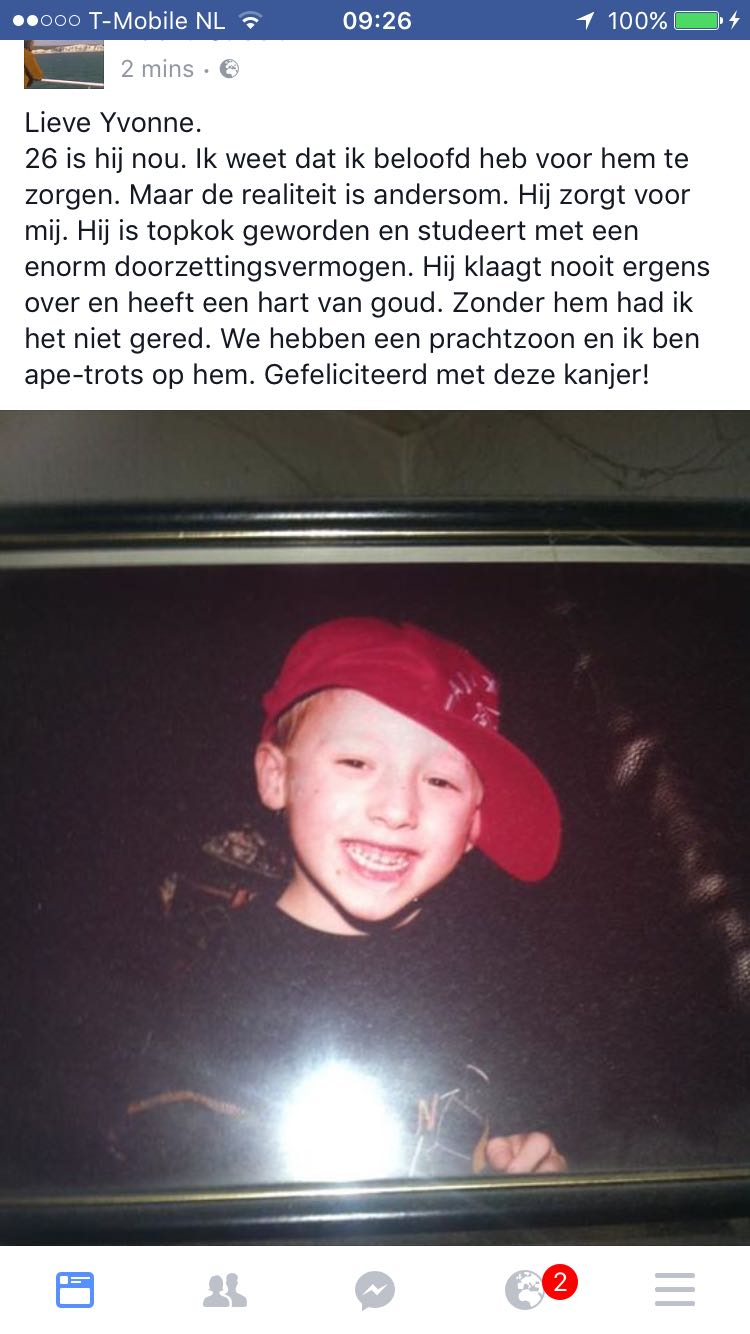 Children with dead parents think everything is possible and nothing is safe.

It’s been eight years since the hardest day of my life. Eight years since my mother died in a hospital in northern Italy, sedated and lonely, with only myself and a nun present, who had just happened to walk in to see how I was doing. My siblings were still in the Netherlands, but were on their way to the airport when I called them. I was so happy to hear that they would come anyway.

Her dying was rather peaceful compared to much of the morning and night, where she was upset and confused, likely due to a delirium. The doctor in charge had gone home for the night, and I couldn’t speak to the nurses properly because they only spoke Italian. When my aunt, who worked as a senior nurse at the hospital, came to check up on my mother after her shift, she was visibly upset that the doctor hadn’t been called by the other nurses. Within an hour the doctor was present and told me he would make sure she wasn’t going to feel any more pain.

He knew my mother had documented wishes on how she wanted to have her life ended, but couldn’t oblige her. Italy doesn’t allow euthanasia, but that didn’t mean he didn’t have options to help her. When he told me that he would take away her pain, he gave me a look that said, “do you understand what I’m saying?” He couldn’t say it, but I knew what he was doing, and when she started to calm down, stopped moaning in pain, and fell asleep, her breathing rhythmic, I immediately felt better. I sometimes wonder if I was happy for her or happy for me.

Hours later, her breathing had become weak, but still rhythmic. The machine that helped her breathe was equally rhythmic, but strong, giving the impression that nothing had changed with her. But when I checked her pulse, it was barely noticeable. I also saw that blood was pooling around her joints, unable to push towards her extremities because her blood pressure had plummeted.

I think about that nun quite often. See, because when I asked the staff at the hospital about her, because I wanted to thank her, they weren’t sure who I was talking about. Don’t worry, I’m not suggesting anything spooky, spiritual or religious. It just makes her presence at the moment of my mother’s death even more special.