Sometimes I get caught off guard by the memory of hearing you cry. It’s heart wrenching the way you’re sobbing and the frustration I feel at being unable to help you. Just thinking about those moments fills me with a restless frustration so intense it’s as if it’s happening to me again. After everything you’ve done for me I want to take away what’s troubling you, for me to be your superhero instead of the other way around. And then I realise I can’t be your superhero anymore, I can’t help you anymore, I won’t be able to be the person I want to be and my frustration is replaced by self pity and sadness as heart wrenching as your sobbing once was.

“Feel what you feel, it’s important.” Wise words I wish I could live by. The fog of frustration is clouding everything and makes it nearly impossible to feel what I feel. I wish I could have more courage.

I always thought that clarity came from simplicity. Keep your life simple and you’ll never want for clarity. But lately I have come to believe that simplicity came from clarity and clarity comes from courage. 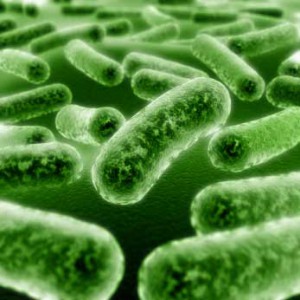 Recently, someone very near and dear to me has been coping with the flu; high fever, lethargia, throat infection, the whole bit. For all our medical knowledge, influenza really kicks our asses and there’s little we can do about it. Luckily, our bodies are amazing machines and generally, with proper care (the right food and rest) we fight it off. Unfortunately, that can take a while and in the meantime, you’re just miserable. I’ve generally been of little real help, but what comfort and advice I can extend, I’ve given. After you’ve done that, the only thing you that remains is to be patient and that can be a massive pain. Both for the one who’s sick and for me. I’ve had a lot of practice when my parents were ill and for some reason I was better at it then. Perhaps because they were my parents, perhaps because what they were dealing with was a hundred times worse than the flu, but I find myself getting frustrated more now. It doesn’t help that the one who’s sick and I have very different approaches to being sick. I generally want to be left alone. I like to  endure in solitude. Mostly because I know I’m insufferable. She’s quite the opposite. I try to be a good person and give her what she wants, but it’s hard! Mostly because I have the feeling it doesn’t help to solve the problem, which I find infinitely more important than easing the suffering. Frustrating.